The Ontario government has created a new panel to make recommendations on how much the province's minimum wage should rise and come up with a process for regularly raising it in the future.

The six-person group – which includes representatives from academia, organized labour and business, and a university student – is set to spend the next six months consulting across the province before giving its advice to the government.

"We need to give it a serious thought as to a mechanism that really changes the ad hoc nature by which we've set the minimum wage," he said at an employment centre in west-end Toronto Wednesday. "Up to now, if you look through the history of Ontario, the minimum wage has been a political decision."

The government has not hiked Ontario's minimum wage, which currently sits at $10.25 per hour, in three years.

"This panel will work very hard to make sure we take into account the experience of other jurisdictions," said Anil Verma, a professor of human resource management at the University of Toronto, who will chair the panel. "I hope it will not be just a one-time recommendation that would lead to a simple revision. We hope there will be a system where we'll bring the kind of advice that would set the basis for ongoing revisions into the future."

Advocates of a higher minimum wage said the issue has already been studied enough and that, with an ever-increasing cost of living in the province, the solution is obvious.

"There has been a lot of consultation and study in the last few years," said Sonia Singh, an organizer with the Workers' Action Centre. "People have been waiting three years. We know that the direction costs are going is not going to change."

The Workers' Action Centre is one of several groups pushing for the minimum wage to be set at 10 per cent above the province's poverty line. In 2013, that would work out to $14 per hour.

Ms. Singh contended that, with a higher minimum wage putting more money in peoples' pockets, spending in the local economy would increase.

The New Democrats also called on Mr. Naqvi to act now, rather than wait for further study.

"Instead of letting workers fall further behind as the panel deliberates, the government should immediately raise the minimum wage and start closing the gap between a minimum wage that has been frozen since 2010 and food, hydro and gas costs, which have soared," MPP Cheri DiNovo said in a statement.

Asked why he wouldn't simply raise the minimum wage right away, Mr. Naqvi responded that he wanted to balance the interests of low-income earners with those of businesses.

"We want to make sure through this panel that we come up with a mechanism that really speaks to the needs of Ontarians," he said. "A system that will be fair to Ontarians who live on minimum wage and predictable to businesses who create jobs in our economy."

Mr. Naqvi said he would implement the panel's recommendations "soon" after it presents them at the end of the year. It is not clear when the changes, which would require legislation, would come into effect. 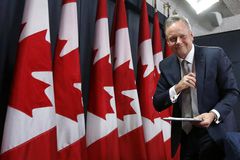 OECD urges Canada to target problem of long-term unemployment
May 11, 2018 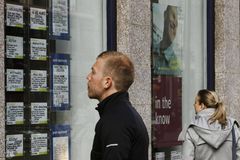