Although Ontario shed 51,000 jobs in January, Statistics Canada data suggest the losses are not attributable to the province's decision to raise the minimum hourly rate to $14 from $11.60 last month.

Employment declines were seen across the field, from low-paying jobs in warehousing, retail and wholesale to lucrative areas of professional, scientific and technical services.

And the industry with the majority of minimum-wage workers – accommodation and food services – actually created jobs in January, according to Statscan's monthly jobs report released on Friday.

"The data itself, when you look in the weeds, does not suggest that the minimum-wage hike in Ontario is the cause of the weakness," said Frances Donald, senior economist with Manulife Asset Management.

That marked the steepest monthly decline in nine years and followed a year of torrid job creation. Ms. Donald said Ontario's losses were proportional to the economy.

Ontario's minimum-wage hike went into effect after a year in which the country's most populated province saw its economy strengthen and jobless-rate drop.

It triggered a backlash among much of the business community, which is dealing with rising interest rates, stricter mortgage rules and uncertain trade relations with the United States and Mexico. Some businesses have said they would have to lay off employees and increase prices to offset higher labour costs.

However, analysts said it would take months of data to assess the fallout from Ontario's minimum-wage hike and cautioned against reading too much into January's employment declines.

Statscan's labour-force survey is volatile and has a significant margin of error. For example, the previous two labour surveys shocked markets when they showed employers added a total of 160,000 new positions.

"Market participants are getting schooled in the ways of Canada's employment numbers, and the lesson seems to be that when they're too good to be true, they might not be," CIBC chief economist Avery Shenfeld said in a note.

Also, because the labour-force survey relies on Canadians to report their income and employment status, it is not as reliable as the Survey of Employment, Payrolls and Hours, which uses payroll-tax data and is released about six-to-eight weeks after the end of the month.

"We will want to see a few more months of data to judge whether there has been an impact from the minimum-wage hike," said Josh Nye, economist with RBC.

Mr. Shenfeld noted that the participation rate in the Statscan survey declined in Ontario, and said: "Hard to argue that higher minimum wages would cause Ontarians to decide not to work or look for jobs."

The higher minimum rate could have underpinned Canada's stronger wage growth. The country's average hourly rate climbed 3.3 per cent to $26.83 over January of last year, the first time since March, 2016, that wages grew faster than 3 per cent.

It wasn't just Ontario that saw wage growth of more than 3 per cent. Quebec, Alberta and British Columbia recorded increases over that level, with the westernmost province's wages rising nearly 4 per cent.

For most of last year, wage growth was sluggish even though employers were on a hiring spree. Pay started to increase late summer and accelerated to as high as 2.8 per cent in November.

January's job losses lowered expectations that the Bank of Canada would hike interest rates at its next rate announcement scheduled for March. 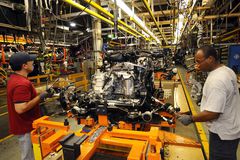 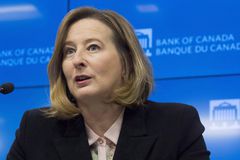