Precarious employment is becoming more prevalent in Canada's largest city, a shift that is putting financial strain and emotional stress on households.

Forty-four per cent of adults in the Greater Toronto and Hamilton Area work in jobs that have some degree of insecurity, a study released Thursday says. That share, which includes people working through temp agencies, freelancers and contract workers, is greater than the last time the survey was conducted in 2011, when it was 41 per cent.

The new study is based on a survey of 4,193 people and produced by United Way Toronto and McMaster University.

The changing nature of work carries a broad impact. For many workers, unstable employment means less access to training and opportunities to get ahead, fewer benefits, more trouble managing finances and more anxiety. The effect spills into family and home life too, making it difficult to pay for school trips and plan any activities – and less likely that people vote in elections.

The study also looked at whether people are able to climb out of insecure employment. "One of the biggest 'ah has' for us was that no, in fact – if you are in precarious employment, there's a very good chance you're going to become trapped in it," said Susan McIsaac, president and CEO of United Way Toronto. This is the case not just for those in low-income work, but "for many people in the middle class, this was a huge challenge in being able to maintain their middle-class status."

Its definition includes people in temp and contract work, along with those with uncertain work schedules, irregular earnings, inconsistent hours of work or jobs without benefits. It counts some self-employed people as precarious, only if they have irregular, unpredictable work.

That's the case for Anna Withrow. She has been largely self-employed since 2001, as a communications and marketing consultant, and says erratic earnings have wreaked havoc with her life.

The impact has been both financial – a run-up in debts, making it difficult to pay the mortgage and finish renovations – and physical too, leading to acute stress, a less nutritious diet and weight gain. "If the right position came along, I would take it tomorrow."

Workers in precarious jobs are almost twice as likely to report worse mental health than those in secure positions, the survey shows. Nearly half of them say they often don't know their work schedules at least a week in advance. Scheduling uncertainty makes it hard to find child care.

Visible minorities are far more likely to be working in unstable jobs.

"Not only has work become less secure for racialized workers, but also the pay has actually decreased for them," said Wayne Lewchuk, McMaster professor of labour studies and economics.

The study comes as the provincial government is reviewing its employment and labour laws, noting that non-standard work has grown almost twice as fast as standard employment since 1997.

The longer-term trend points to more insecure employment, said Prof. Lewchuk. "Each time there's a recovery, the level of security is a little bit lower than the previous boom. I think this is because the competitive pressures are greater – firms are looking to cut costs … technology has changed, and there's an infrastructure where they can go to temp agencies, and get not just unskilled workers, but they can get CEOs now."

The results show almost six in 10 workers hold some form of secure employment — with 48 per cent in permanent, full-time jobs that pay some benefits, and 8 per cent permanent, part-time employees. This share has slightly fallen. Meanwhile, the portion of people in the least secure type of work, dubbed "precarious," grew to 28.5 per cent last year from 25.9 per cent three years earlier.

In the city of Toronto, less than half, or 45.7 per cent, of respondents are now holding permanent full-time jobs with benefits.

A 2013 paper by the Institute for Competitiveness and Prosperity found a growing number of workers in Toronto are employed in temporary, part-time, low-paying positions in routine-service industries.

Almost half, or 47 per cent, of Canadian firms in a recent Deloitte poll said they plan to increase the use of "contingent, outsourced, contract or part-time" workers in the next three to five years, a strategy the consulting firm says helps give firms the ability to scale up or down as business needs fluctuate.

In a global report to be released Thursday, the Organization for Economic Co-operation and Development said workers on temp contracts in Canada have "particularly low annual earnings" and that the annual median earnings of the self employed are also "considerably lower" compared with salaried workers.

The report comes in the same week the Ontario government said it's conducting inspection blitzes that will target precarious employment violations such as minimum wage, overtime pay or meal breaks. These include workplaces like restaurants that employ "new, young and vulnerable workers" in precarious work and temporary foreign workers.

The paper recommends a range of measures, including the need for ensuring all workers have access to skills and work training, to developing – and sharing – the business case for secure employment. At the federal level, it called for better labour market information and for updating employment insurance rules to better fit with today's jobs market. 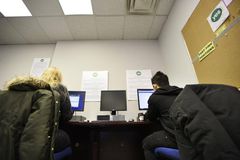 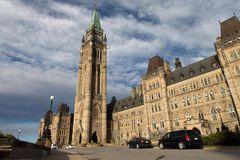