Thousands of Canadians are turning to Uber and Airbnb for work and extra cash, a shift that reflects the growth of precarious labour in Canada.

Uber, the ride-hailing app, and Airbnb, the home-renting service, are generating temporary jobs and allowing Canadians to pad their incomes. These types of services, known as the "sharing," "collaborative," "gig" and "on-demand" economy, are expanding rapidly as consumers embrace the cheaper alternatives to cabs and hotels. But the new economy raises questions about the quality and sustainability of the work.

"If you are moving to the sharing economy, it also means sharing jobs. It creates more jobs but less stable jobs," Benjamin Tal, deputy chief economist with CIBC, said.

"It will be a more dynamic labour force. But at the same time, there is less job security and more vulnerability," he said.

Uber and Airbnb are also feeding into the growth of contract work.

Since 1997, contract and temporary employment have increased from 5.2 per cent of the total labour force to 7 per cent last year, Statistics Canada reports.

The rise in contract jobs can be seen in UberX, which allows any driver to pick up passengers. The San Francisco-based company, which is operating in more than 300 cities globally, does not employ any drivers and relies entirely on contractors to drive. In the one year since launching in Toronto, UberX has signed up more than 16,000 drivers. Most of them drive fewer than 10 hours a week and the average tenure is three months, according to the private company.

"What we are starting to see more and more is a shift to more precarious forms of employment," Sunil Johal, policy director at the Mowat Centre, a public-policy think tank, said.

"If we are talking about people piecing together a few hours a week driving a car and a few hours a week renting out a space in their home, generally speaking that is not necessarily going to afford them a stable, secure income," he said.

With the country's economy struggling to rebound after a mild two-quarter contraction, some have touted Uber and Airbnb as a way to make a few bucks.

Airbnb, which has more than 33,000 listings across Canada, said the typical Airbnb host in Montreal earns about $280 a month renting his or her space for a few nights a month. Airbnb said it "helps many Montreal residents to make ends meet."

However, it is difficult to verify or quantify the impact of the "on-demand" economy, as data from the government's labour force survey do not provide enough detail to capture the changes. For example, many Uber contractors drive as a second or third job and Statistics Canada does not record the type of secondary job.

For competitors of Uber and Airbnb, the influx of supply has driven down prices and revenue. A 2014 study from Boston University estimated that a 1-per-cent increase in Airbnb listings in Texas results in quarterly hotel revenues dropping by 0.05 per cent, a measure worsened by Airbnb's rapid growth.

"It contributes to lower prices in general because it releases a ton of capacity into the market," Alex Bellefleur, head of macro strategy at Pavilion Global Markets, said. "You had a bunch of cars that weren't really doing public transportation before and now they are, and they are obviously leading to lower prices."

In Toronto, cab drivers and fleet owners say they have seen a 30-per-cent to 50-per-cent drop in revenue.

"Drivers are working the same hours, but income is down," said Tom Drimoussis, who has been in the cab business for nearly two decades and owns Tom's Taxi in Toronto. Mr. Drimoussis said he used to have 40 full-time drivers for his fleet of 20 cars. But since Uber started operating last fall, about one-third of his cabs are idle.

"I don't have drivers. I have cars sitting there," Mr. Drimoussis said. "Drivers generate the revenue and the revenue is not on the street."

The city of Toronto considers UberX practices illegal, arguing such a service must use licensed taxis.

Mr. Drimoussis and others in the cab industry don't know whether they can stay in business.

Editor's note: Due to an editing error, a previous version of this online story incorrectly identified Benjamin Tal as deputy chief economist of CIBC Mellon. 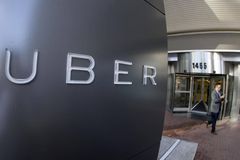 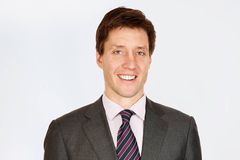 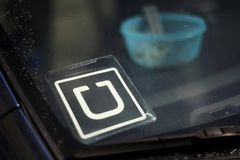