With years of experience working in retail under his belt, Abu Mamooji, 20, was hopeful he'd land a summer job at one of the many stores he applied to.

But after a month of submitting nearly two dozen applications to outlets including Hudson's Bay, Rogers, Bell and GNC, Mr. Mamooji was feeling desperate and worried about how he would pay for his tuition and text books come September.

The automotive science student at Conestoga College in Cambridge, Ont., who only recently started a job doing manual labour, was among a growing number of students who can't find summer jobs this year.

The employment outlook for returning students – those who will return to school after summer – between the ages of 20 and 24 is grim compared with last May, according to Statistics Canada's May Labour Force Survey, released earlier this month.

The survey found unemployment for that demographic has increased by 1.5 percentage points compared with the prior year. The losses were particularly stark in retail, where major shops such as Target Canada, Future Shop, Sony, Mexx, SmartSet, Jacob and, recently, Black's Photography have closed some or all of their stores since last May's report was released.

Additional figures provided by Statscan show that the retail and wholesale trade industry suffered the worst declines in jobs for that demographic among all industries, a loss of 15,495 jobs. In all, the unemployment rate for returning students looking for work in the summer has increased to 15.1 per cent.

"I want to work in retail because I like it – and I'm used to it," said Mr. Mamooji, who just last week started a monotonous job running a machine at a clothing distribution centre after he didn't get any interviews with retailers.

Declines are "due to a combination of employment edging down and due to the number of students searching for work edging up," Andrew Fields, an analyst for Statscan, said in an e-mail.

Approximately 30 per cent of students work in retail and wholesale trade. The next best industry for students is accommodation and food services, which employs approximately 20 per cent, according to Mr. Fields.

"Part of the slack is being shifted to construction and professional, scientific and technical services, which have seen an increase compared with last year," Mr. Fields said.

Indeed, among that returning student demographic in the 20-to-24 age range, the largest gains in employment were made by construction, which added 8,752 jobs over the year; professional, scientific and technical services added 5,837 jobs; and accommodation and food services added 3,104 jobs.

"We've heard from various companies who we've worked with over the years that they're either downsizing their teams or downsizing their locations," said Lauren Friese, founder of the online career resource TalentEgg, which works with companies to post job opportunities. "Banks are reducing the number of their retail locations because of the changing nature of how people are shopping."

After the retail and wholesale trade industry, the next biggest losers for the demographic were public administration, which saw a drop of 6,092 jobs; utilities, which lost 4,611; and information, culture and recreation, which saw a decrease of 4,338.

"We are basically seeing flat growth in the labour market over the past few years, and the students are no exception," Mr. Fields said.

"Students rely on the retail and hospitality sector to provide them with cash, number one, and number two, that little bit of experience that helps them overcome the no experience, no work, no work, no experience dilemma," said TalentEgg's Ms. Friese.

As for Mr. Mamooji, he still hasn't lost hope he'll find a job he enjoys to help him pay for his expenses, which include gas and insurance for his car, a parking pass at school, his textbooks and part of his tuition.

"In fact, I applied to two places, Shoppers [Drug Mart] and Sears, just now," he said in an interview last week. 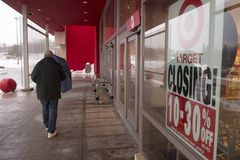 Young employees not a forgotten demographic at these companies
May 6, 2015 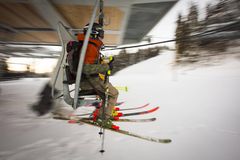 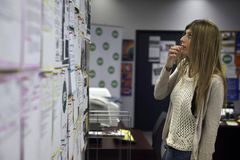 Why this 'millennial venture capitalist' spares no expense
May 29, 2015 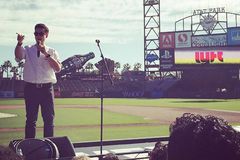