Two-tier wage deals like those inked recently by Ford Motor Co. and General Motors Co. are spreading across the U.S. border into Canada's labour landscape – again – as companies struggle to compete with lower-cost global rivals.

The Canadian Auto Workers union agreed to deals last week with Ford and GM that will see new hires start at a lower rate – $20 an hour rather than $24 currently – and reach the top salary scale of $34 an hour after 10 years, rather than six years for existing workers.

It means workers under the new contract will climb a different wage scale ladder than those hired under the prior deal, but the ladders eventually converge and new workers will reach parity in 10 years.

Two-tier wage deals were seen in Canada during recessions in the early 1980s, and in the early 1990s. Many faded away in subsequent negotiations as economies improved, labour experts say, although some have remained in retail workplaces. This time around, however, the deals may prove harder to unwind.

Anil Verma, a professor of human resource management at the University of Toronto, said two-tier wage structures are just one of many ways companies are trying to cut their labour costs as they are increasingly forced to compete globally with lower-cost competitors.

"Wherever they have cost pressures, more people are trying this. And I think this time around it will take longer for these two-tier effects to disappear," Prof. Verma said.

"Two-tier wages are one particular way to lower wages, and that may or may not continue over time. But this long-term effect of lowering the average wage so we are closer to our competition, that trend will continue."

The CAW fought off an unpopular provision in place at Ford and GM's U.S. plants that keeps new hires permanently at a lower wage level with a pay scale that never achieves parity with existing workers. But the union did agree to a wage freeze and bonuses instead of a cost of living allowance, reflecting in part how unions are on the defensive amid a sluggish economy, and the battering Canada's manufacturing sector has taken because of globalization and the rise in the value of the Canadian dollar.

"I don't think it's a good deal, I think it's a satisfactory deal," said Andrew Lardner, a 15-year veteran of Ford's parts warehouse in Brampton, Ont., where he drives a forklift truck. He described the Ford agreement as probably the best the union could do given the economic times.

The auto sector is not the only one facing demands for lower wages. Air Canada, which announced last week it will add 900 new jobs in the next year, has also implemented different wage levels, with hires at its new lower-cost discount airline permanently earning less than those at the mainline carrier.

Former CAW president Buzz Hargrove says unequal deals have become "more the norm than the exception" in U.S. labour contracts, especially in retail workplaces, and he believes the phenomenon "is not a healthy trend at all" for those who must work alongside colleagues who have better benefits.

But Mr. Hargrove believes the deals are likely to evaporate over time as the economy improves and the labour market gets tighter, forcing employers to do more to attract new workers. And if economic conditions don't compel the change, he says internal dissent by lower-tier employees has pushed some U.S. companies to eliminate or at least shrink the gap. "There clearly is a backlash, no doubt about that," he said.

Charlotte Yates, dean of social sciences at McMaster University in Hamilton, predicts more two-tier deals will likely emerge in Canada in greater numbers, and says manufacturing companies are especially vulnerable to the trend because they are facing huge pressures from global competitors.

"There are particularly features of manufacturing, in terms of global competition and overall wage rates and levels of unionization, which opens it up more to that," she said.

Two-tier deals are not always a step backward for workers, argues Queen's University labour expert George Smith. He said they have been a reasonable way for companies to manage costs in bad times without taking more drastic steps to cut wages for all workers.

"I think it might be better that companies and unions and employees live to fight another day and are able to adapt to the market conditions."

With files from reporter

Chrysler poised to gain from deal on new workers
September 18, 2012 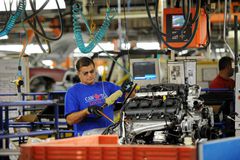 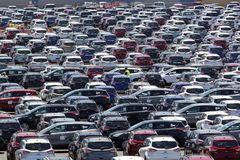