Canada's employment insurance system "effectively discriminates" against workers based on where they live and whether they work part time or full time, says the former chief actuary for the program.

Only about 40 per cent of Canada's 1.3 million unemployed people now receive benefits. And among those who do, the range of benefits given in the largest labour-market program in the country varies widely among regions.

The current system is broken, said Michel Bédard, who co-wrote a paper to be released Thursday with economics professor Pierre Fortin of the University of Quebec at Montreal, for the Institute for Research on Public Policy.

The employment insurance system is failing to meet the needs of working Canadians, Mr. Bédard says, and it needs an overhaul to ensure the program is managed at arm's length from the government, and that workers are getting adequate benefits.

The review shows the program "favours people living in some areas over others, how few people qualify compared with in the past, and how the government continues to play games with the financing of the EI system" in wrapping the fund into the government's balance, he said.

The report is the latest of several papers in recent years that call for changes to the system, among them from the Mowat Centre and the C.D. Howe Institute.

EI eligibility and duration of benefits are determined by two main factors: local jobless rates (in 62 regions) and the number of hours worked. Regional gaps are stark – as one example that compares two workers shows. Both earned $560 a week in May and lost their jobs. One living in Cape Breton would need to work a minimum of 12 weeks before the layoff to get an EI benefit of $264 a week, lasting for a maximum of 30 weeks. The worker in Saskatoon would have to work 20 weeks to be eligible for $280 a week, which would last for up to 14 weeks.

That means for every dollar of employment earnings, the Cape Breton worker would get up to $1.18 in EI, while the one in Saskatoon would only get 35 cents, the paper said.

The system has become more complicated, and less generous over time, it said.

Also, by linking eligibility to a formula based on hours worked, the system makes it difficult for part-time workers to access EI, the authors said. This represents a major challenge for labour market policy, they said, as part-time work has become more prevalent in recent decades.

Canada now spends less on EI benefits than at any time since the 1970s, they note. "When unfortunate events happen and people lose their jobs, people should be able to get the benefits which they pay for," Mr. Bédard said.

The paper comes in the same month that an Organization for Economic Co-operation and Development report said the duration of EI is shorter in Canada than in most peer countries and that this country could do more to support displaced workers.

Statistics Canada will release EI data for May on Thursday. Claims have jumped this year in Saskatchewan and Alberta, but even so, the total share of unemployed Canadians receiving benefits has remained below 40 per cent. That suggests "an ongoing erosion of EI coverage in other sectors and regions," said Erin Weir, a United Steelworkers economist.

The federal government has pledged to balance its budget partly by keeping EI premiums at higher rates than necessary. "A more appropriate response to the oil-price shock and economic downturn would be to improve the accessibility, level and duration of EI benefits," he said.

The study lists recommendations it says would be less costly for employers but cover more Canadians. Among them: replace the fragmented system with a single, national standard for benefit eligibility and duration; and change the criteria to one based on weeks worked (rather than hours worked), which would cover more part-time workers and limit the duration of benefits to a ratio of 1 to 1, so that benefits last no longer than the amount of time worked.

It also says EI should be separated from general government revenues, such as the Canada Pension Plan, so that it is financed and administered in an independent, transparent and objective manner.

Mr. Bédard was chief actuary for EI from 1991 to 2003. He has worked for the International Labour Organization and was part of a 2013 Quebec commission that reviewed EI reforms.

Mr. Bédard has studied EI systems around the world – from Chile and China to Saudi Arabia and Vietnam – and says Canada is an outlier in having a system with regional differences. 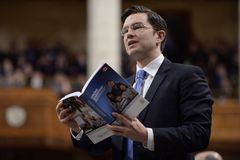 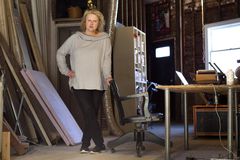 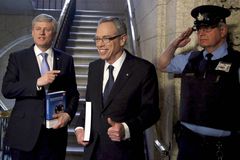 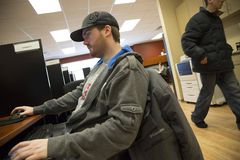