Lockouts at two major industrial plants in central Canada – an Alcan smelter in Quebec and a locomotive plant in London, Ont. – may signal a tough year ahead in Canadian labour relations.

Canadian Auto Workers president Ken Lewenza said the lockouts suggest 2012 will be a difficult year for organized labour as his union prepares for the next round of negotiations with the major North American auto makers and governments across the country look to cut spending.

"We are anticipating some real challenges to defend the interests of our members," he said in an interview Tuesday.

Mr. Lewenza pointed to the erosion of the manufacturing sector in Canada and high unemployment as key challenges for workers across the country – both unionized and non-unionized and in both the private and public sector.

"It's going to be a very difficult environment," he said.

"Both the federal and several provincial governments have unilaterally said that the way they are going to cut debt is to attack services and you can't attack services without attacking the workers that provide service."

The difficult climate for labour follows 2011 which saw Ottawa intervene with back-to-work legislation or the threat of it during disputes at Air Canada and Canada Post.

As well, economists expect the economy in 2012 to remain sluggish with the caveat that things could be worse than expected depending on what happens with the sovereign debt crisis in Europe.

Benjamin Tal, deputy chief economist at CIBC World Markets, said he sees labour markets slowing and unemployment rising this year, a move that will weaken the bargaining power of workers.

"I do see more labour disputes in the coming year and what you're seeing now is just a preview of what you will get this year. I think this is just the reality of the labour market in 2012," he said.

However, Mr. Tal noted that workers in the booming resource sectors in Western Canada will likely see wages rise amid shortages of skilled labour in the oil patch and elsewhere in the resource sector.

"Central Canada will definitely feel the pain, much more than the West," he said. "I see a tale of two labour markets."

Key for the CAW this year will be its talks with the Canadian subsidiaries of the three big U.S.-based auto makers. Their parents reached collective agreements last year with the United Auto Workers union, which agreed to four-year deals.

The UAW members won't receive pay increases but received signing bonuses and will participate in profit sharing and other payments.

The Canadian Auto Workers reluctantly gave concessions to General Motors Co. and Chrysler Group LLC in its last round as the two auto makers teetered on the brink of insolvency. Pattern bargaining meant Ford Motor Co. got the same deal.

Wages at the Canadian auto makers remained steady, but overall labour costs were reduced by cuts to some benefits.

Mr. Lewenza said the union is still in the preliminary stages of preparing for the talks, but noted the car makers are profitable.

"It is going to be tough bargaining, but auto workers make sacrifices and it is really now time to turn the corner and provide some recognition of the contributions auto workers have made," Mr. Lewenza said.

The CAW has asked Ottawa to disclose the terms and commitments made during the 2010 purchase of Electro-Motive by Caterpillar, under the Investment Canada Act.

However the government said Tuesday the Electro-Motive acquisition was not subject to review and approval under the Investment Canada Act.

In a letter to Prime Minister Stephen Harper on Tuesday, Canadian Labour Congress president Ken Georgetti called for an overhaul to the Investment Canada Act.

"Once again, Canadian workers with decent-paying jobs vital to the health and growth of the Canadian economy are being betrayed by the weakness of the act," Mr. Georgetti wrote.

In the Rio Tinto Alcan dispute, about 800 workers from three negotiating units rejected Friday what the company said would be its final offer. They company locked out its unionized employees on Sunday and says it's being operated by management.

Management at the smelter has obtained a court injunction limiting the number of employees allowed near the company's aluminum processing plant to 20 and they must stay 150 metres from the front door.

History of regional unemployment rates in Canada
May 11, 2018 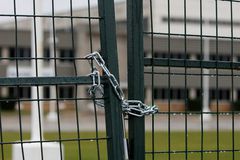 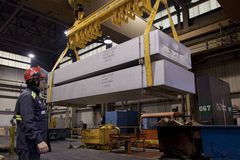 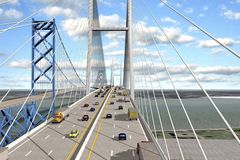