Everything is going as planned.

The lags from years of Fed easing always play out this way, it's just that the timing can vary from cycle to cycle. But the process of events remains the same.

Then comes the commodity inflation (this came and went already).

Then comes the credit inflation (check out what bank lending is doing).

Then comes the consumer inflation (oh yes, this has started).

And now, as is the case in every cycle, when the deflation/disinflation to reflation to inflation gets entrenched, then comes the wage uptrend. This is in its infancy stage and always is the last part of the pricing cycle to take hold because there is no other market other than labour that responds to reflationary policy measures with such a long lag.

This is because the labour market is not the same as the market for stocks, bonds, commodities or even real estate. The news of a new labour "sellers' market" gets filtered slowly. Even as the jobs market tightens, it can often take years for workers to realize that their lot in life has improved.

We were five years into the expansion phase of the go-go eighties before wage growth bottomed, but the acceleration from 1986 to 1989 was rather impressive, to the surprise of everyone – including the Greenspan Fed. We are at a similar inflection point now.

Labour demand is clearly on the rise, as is evident in the Manpower survey, hiring announcements from Challenger and record-high job openings. It's also evident in the National Federation of Independent Business (NFIB) poll for May, which showed that the small businesses job creation index rose to 12 per cent from 11 per cent in April and 10 per cent in March – the highest this year.

This has big implications. While there may be ample supplies of iron ore, nickel, copper, timber and crude oil, this is far from the case when it comes to the U.S. labour market. One piece of ignored information is the "pool of available labour" series published by the U.S. Bureau of Labour Statistics. It sums up the ranks of the official unemployed and those not in the labour force but would take a job if offered one. This "pool" shrunk 75,000 in May, has contracted now for four months running and has declined 1.8 million in the past year to a seven-year low of 14.7 million. At this rate, the United States runs out of sidelined workers within a decade.

There's another element to all this. The years of neglect in terms of business investment, which has led to the weakest growth rate of all other cycles in terms of the private sector capital stock, has reared its ugly head in terms of contracting, not just slowing, productivity. Thank goodness for the Silicon Valley boom or else things would be even worse. Output per hour worked in the nonfarm business sector fell at a 3.1-per-cent annual rate in the first quarter on top of a 2.1-per-cent decline in the fourth quarter of last year.

The odds historically of seeing back-to-back quarterly contractions in productivity during a non-recessionary period? Try 3 per cent. Thank you, Mr. CEO, for succumbing to activist pressure and focusing on the sugar high of record stock buybacks as opposed to diverting cash toward organic productivity-enhancing capex. We reap what we sow – and the price paid now is receding productivity.

But this will be good news for workers, at the least, as the income spoils now gravitate to labour at the expense of capital. Not the best news for sky-high profit margins, that is for sure.

There are three factors of production: land, labour and capital. Land is fixed, so we have the last two to examine. In a Goldilocks world, we have output growth that sees both factors of production contributing. That is now clearly not the case as over the past six months labour input to the production process has outpaced the contribution from capital by a 6-to-1 ratio.

So what is happening? Well, compensation growth per hour, both nominal and real, are in notable uptrends. As is the employment cost index. The average hourly earnings data are also starting to show a pulse. And the big daddy of them all, unit labour costs, or productivity-adjusted wages, soared at a 6.7-per-cent annualized pace in the first quarter – and this followed an almost equally red-hot 5.6-per-cent rate in the fourth quarter of 2014.

The data are lumpy and the year-over-year trend is less severe at plus-1.8 per cent. But any cost-plus analysis would suggest that 2-per-cent-plus inflation is not too far out in the future.

And guess what? This is probably the new environment the bond market is repricing itself for. 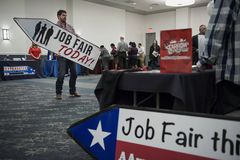 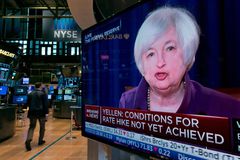 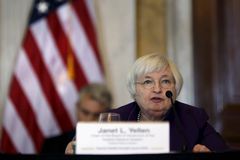