A survey of 25,000 employers that cost $4.6-million and was commissioned by the federal government could shed light on the extent of the country's skills gap, but it has sat idle for two years due to lack of funding to make it public.

In 2011, Employment and Social Development Canada – then known as HRSDC – contracted Statistics Canada to do a new survey of 25,000 employers on topics such as workplace demographics and future skills shortages. Firms were asked about whether they used temporary foreign workers, hired for any "green jobs," and which positions were toughest to fill and why.

Statscan collected the surveys over the first three months of 2012, but the funding ended there, before the data could be analyzed. Business and education experts have been eager to see the results, but even as Employment Minister Jason Kenney has been giving speeches saying "we must do a much better job" collecting detailed labour market information to help steer Canada's economy in a better direction, budget resources to do so have shrunk.

A spokesperson for ESDC said "there was no funding cut for the Workplace Survey." But in prior surveys, Statscan moved to analyze and disseminate what they learned in partnership with ESDC. This time, "as time allows, because we have no funding for it, we're reviewing the data so that we can document how well the survey worked," said Alison Hale, Statscan's director of labour statistics.

Two years on, those efforts haven't yet yielded much progress. "We're more than willing if someone has some funding and wants to carry it forward to that next stage of making it available," Ms. Hale added.

Statscan's budget has fallen by $29.3-million in the past two years, and its staffing has fallen by 767 people, or 18.5 per cent, in the same period, excluding the census and surveys paid for by outside clients.

As a result, it has cut a wave of surveys, such as data on university teaching salaries. It has also discontinued or changed other studies, including the survey of labour and income dynamics, so that they're not as comparable with prior years. The percentage drop in Statscan's workforce is higher than the average for other large federal departments and agencies, Treasury Board data for 2012 and 2013 show.

Detailed data on trends among both employers and employees is crucial in understanding what's happening in the workplace, said Tyler Meredith, research director at the Montreal-based Institute for Research on Public Policy. "We can't keep looking at things from the 35,000-foot altitude. Firms are very heterogeneous and it's the within-workplace experience that will matter a lot in how the labour market evolves over the next number of years."

Various groups have shown keen interest in the study, officially titled the Workplace Survey: Job Vacancies and Skills Shortages, including the Association of Universities and Colleges of Canada and the Canadian Labour Congress.

Many, such as the Canadian Council of Chief Executives, say this type of data is critical in providing a clearer picture of the employer side of the labour market. The CCCE has long voiced concern about the lack of demand-driven labour market information in Canada, and the CCCE says it hopes the Workplace Survey data will be made available soon.

Like all federal departments, ESDC has suffered its own budget cuts in recent years. But when asked whether Mr. Kenney is aware of the Workplace Survey or considers its results a priority, a spokesperson redirected the query to his office.

A spokesperson for ESDC said "students need to have the relevant information to make informed choices," and the department is working with Statscan "to begin the analysis." He also pointed to $19-million over two years promised in the 2013 federal budget, some of it for programs to give youth work experience in high-demand fields. It also plans to launch a new initiative providing better information on job prospects and promote careers in science, technology and skilled trades, but details have yet to be announced. 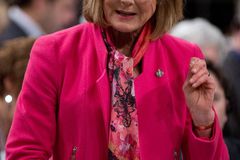 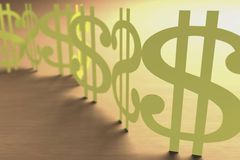 Farms getting bigger as farmers getting older, Statscan says
February 18, 2014 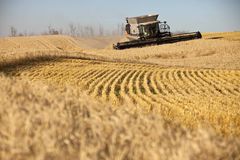 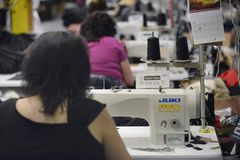 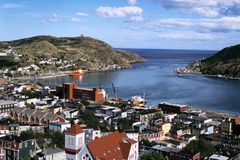 Follow James Bradshaw and Tavia Grant on Twitter @jembradshaw @taviagrant
Report an error Editorial code of conduct
Due to technical reasons, we have temporarily removed commenting from our articles. We hope to have this fixed soon. Thank you for your patience. If you are looking to give feedback on our new site, please send it along to feedback@globeandmail.com. If you want to write a letter to the editor, please forward to letters@globeandmail.com.
Comments