Under pressure to throw resource-dependent provinces a lifeline, the federal government proposed new unemployment benefits for Alberta, Newfoundland and Labrador and some parts of Saskatchewan.

Benefits will be extended by five weeks for only a dozen regions, including Saskatoon, Calgary, Sudbury, northern British Columbia and northern Ontario.

"It is appropriate and one of the more direct methods that they can use," said Douglas Porter, chief economist with Bank of Montreal.

The steep decline in oil prices has led to tens of thousands of job losses in the natural resources sector across the country, with Alberta shouldering the heaviest losses.

The Western province has suffered its greatest employment declines since the Great Recession as its jobless rate has soared to 7.9 per cent, the highest level in two decades.

The Liberal government's first budget targets Alberta and other regions that have been devastated by the plunge in oil prices and other commodities such as iron ore.

The extended benefits will begin in July and be retroactive to January 2015, a move designed to include those who lost their jobs in the earlier part of the economic downturn.

But some regions hurt by the slump in commodities prices did not make the list. That includes Nova Scotia, where a portion of its work force commuted to Fort McMurray, Alta., and New Brunswick, which has been hit by the shuttering of a potash mine along with oil-related job losses.

The new EI benefit is similar to the former Conservative government's policies during the 2008-09 financial crisis when Ottawa temporarily provided five extra weeks of benefits across the country.

The Liberal government killed one of the previous government's more controversial policies that required EI recipients to look for a job as far as an hour away and to accept jobs outside their field.

The Liberals also reversed a law that made it more difficult for frequent EI users to qualify for benefits.

The new benefits for the hardest hit regions aims to level the playing field in areas such as Atlantic Canada, where the jobless rate is regularly higher than the national average, as well as provinces such as Alberta and Ontario.

Because of how Canada's EI program is designed, many Albertans who lost their jobs were not eligible for benefits.

"It is sort of ironic. When a big negative shock comes, the unemployment system is not generous enough. When the economy starts improving and the unemployment rate starts going down, it is too generous," said Miles Corak, an economics professor with the University of Ottawa.

Under the Liberal proposal, someone who is unemployed in Calgary and the other 11regions is eligible for 50 weeks of EI instead of the 45-week maximum. And workers who have contributed significantly to the EI pot and have not extensively tapped benefits, will be eligible for a maximum of 70 weeks of benefits.

The Liberal plan also makes it easier for new workers to access EI, cuts the waiting period for payments to one week from two weeks and provides more funding for training.

The cost of all the new EI and training measures comes in over $1-billion, boosting Ottawa's total EI costs to $21.1-billion in the fiscal year starting in April. That compares with $19.4-billion in the previous year.

The EI premium rate charged to employers and employees is estimated to remain at $1.88 per $100 earned until the fiscal year starting in April 2017, when it is estimated the rate will drop to $1.61.

Although the additional five weeks of EI is temporary, the pressure will be on Ottawa to extend the measure.

"Usually what happens is it becomes difficult to take it back once people are used to it," said Pete Devries, former director of fiscal policy under the previous Liberal government.

Since oil started plummeting mid-2014, the number of Albertans collecting EI benefits doubled to 62,480 in December.

Over the same period, employment insurance claims have doubled in Alberta, Saskatchewan and Newfoundland and Labrador.

The budget confirmed that Ottawa will funnel millions of dollars to Alberta and Newfoundland and Labrador through a so-called stabilization fund designed to help provinces hit by a severe economic downturn. 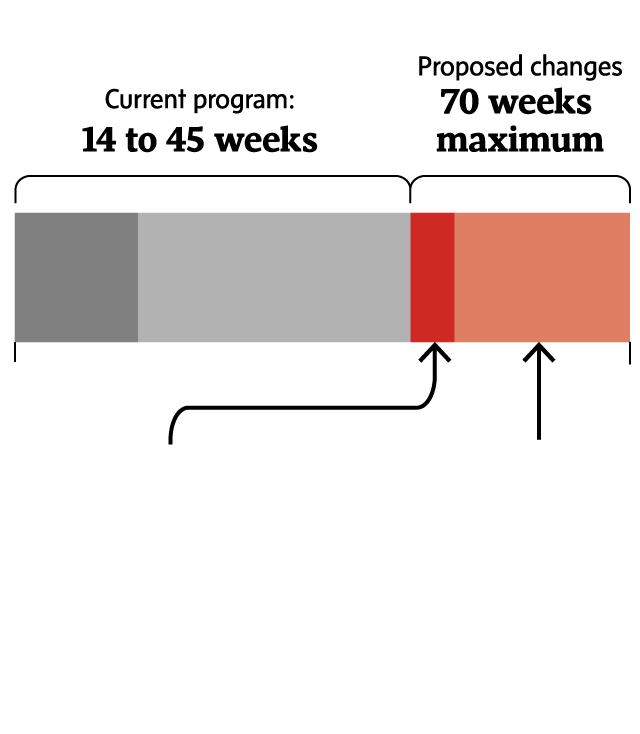 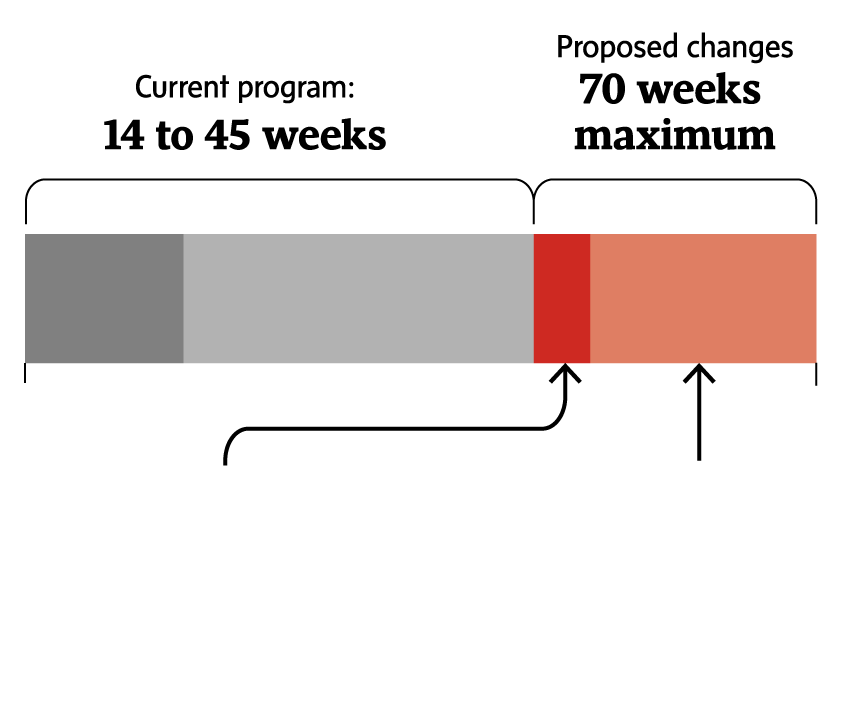