For the first time, the Canadian Institute of Actuaries (CIA) commissioned studies based on Canadian lifespans, rather than relying on data from the United States. The studies found that life expectancies are on the rise: A 60-year-old man, for instance, is now projected to live another 27.3 years, up from 24.4 years.

The numbers matter to business because most corporate pension plans use the institute's mortality tables as a starting point when calculating the future cost of pensions. Towers Watson, a consulting firm, says that while the impact will vary from one pension plan to another, acceptance of the new mortality tables could "immediately increase pension accounting liabilities by 5 to 10 per cent for many plans, potentially impacting corporate income statements and balance sheets."

The firm noted that the change comes just as corporate treasurers began to hope that rising stock markets and interest rates would improve the fortunes of their pension plans, many of which are badly underfunded.

"We are edging closer to a crisis," said Jim Leech, chief executive officer of the Ontario Teachers' Pension Plan. "Pension plans and sponsors need to come to grips with the volatility in the marketplace and the fact that people are living longer, and therefore have to save more."

The new mortality tables will not have a direct impact on Teachers, one of Canada's largest pension funds, because it has its own records dating back to 1917 and so crafts mortality tables based solely on the lifespans of teachers. But Mr. Leech knows the added burdens that assumptions about longer lifespans can cause. Like the general population, teachers are living longer, and that finding has already been worked into Teachers' assumptions of future costs.

"Since I've been CEO, we've adjusted the mortality table three times – in 2007, 2010 and again in 2012," Mr. Leech said. "Cumulatively, those three changes amounted to just under $10-billion of increase in liabilities."

Teachers had $129.5-billion of assets at the end of last year.

The Canadian Institute of Actuaries' new numbers are based in large part on a study of pensioners in the Canada Pension Plan and Quebec Pension Plan, which looked at the mortality of people who were collecting from those plans between 2005 and 2007.

Jacques Lafrance, president of the Canadian Institute of Actuaries, said that most corporate pension plans rely on these mortality tables, although they might make their own adjustments based on their employee base. For instance, companies with white-collar employees might expect longer lifespans than average, while companies in the mining sector might expect shorter lifespans, he said.

He added that plans with more active workers and fewer retirees will generally face a larger impact than those with the reverse situation. The new mortality table will have an impact on the cash contributions that must be made into plans, as well as the way corporations account for their plans on their books.

"What the new table is showing is that we were somewhat wrong with our prediction, that it was not conservative enough, and that in fact people are living even longer than we expected," Mr. Lafrance said.

"The retirement age needs to go up," he said. "Guaranteed benefit levels shouldn't necessarily have all the bells and whistles. Things like early retirement provisions, the ability to retire when you're 55, it's nice but somebody has to pay for it. … These things need to be made contingent, so they're not guaranteed; they're there if there is enough money for them."

The CIA's draft mortality tables are open for comment until the end of September. 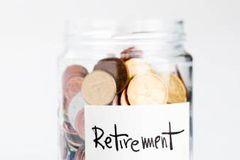 Financial planning tips to get twentysomethings started on the right foot
August 2, 2013 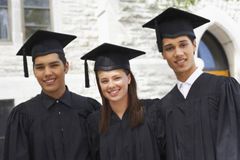 Financially secure couple in their 50s still need to watch those fees
August 2, 2013 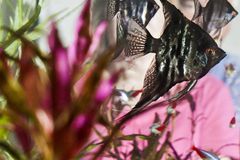 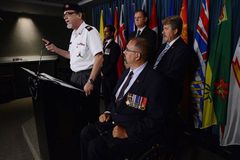