The Canadian dollar's free fall passed the 70-cent (U.S.) mark on Tuesday for the first time in 13 years, as the global commodity rout mines ever-new depths.

The Canadian currency last dwelled this low between 1998 and 2003, which, not coincidentally, roughly lines up with the last time crude oil was as cheap as it is today.

The link between the loonie and oil has redemonstrated its strength amid the recent commodity shock, which shows signs of spreading beyond Canada's resource sectors.

"Between commodities and economic prospects, with a little bit of momentum on top, it seems to me that the Canadian dollar makes a lot of sense at 70 cents or below right now," said Eric Lascelles, chief economist at RBC Global Asset Management. "It wouldn't surprise me if we saw several more cents lopped off. It's an incessant decline."

For nearly a year-and-a-half, Canada's strength in resources has proven its greatest weakness. Dwindling global demand, combined with excessive supply, has put downward pressure on everything from oil to aluminum. If Canada's economic and currency prospects are to rebound, commodities will probably first have to at least stabilize, Mr. Lascelles said.

"Momentum is so incredibly powerful in commodities, so I wouldn't put it past oil to continue falling," he said. West Texas intermediate sold for more than $100 a barrel as recently as July, 2014, but since then, crude prices have declined by 70 per cent. Over about that same period, the loonie has fallen from roughly 95 cents to 70 cents.

The Bank of Canada had expressed optimism that the damage from the oil shock would be "front-loaded," setting the stage for a quicker recovery. But the sell-off has persisted, as have the domestic consequences. Pessimistic economists have begun to predict $20 oil and express concern for a recession in Canada.

There is upside to a weak currency, however, which can itself help to restore growth. "Some people won't be losing their jobs because this country has regained some lost competitiveness," Mr. Lascelles said.

Canada's manufacturers are one of the groups typically positioned to benefit most from a cheap loonie.

"This is nothing but a bonanza for us," said John Simmons, chief executive officer of solar lighting manufacturer Carmanah Technologies Corp. in Victoria. That's because his firm's sales are predominantly in U.S. dollars, and its costs are mainly in Canadian dollars. "I selfishly hope that it lasts a long time."

Because of the imbalance in the two currencies, he said, any operational expansion in the next while would likely happen in Canada, rather than at Carmanah's U.S. office.

At Mellow Walk Footwear Inc., a Toronto-based safety shoe manufacturer, the falling dollar has a minor benefit, said president Andrew Violi. It helps the company sell in the U.S. market, he said, "but the flip side is that we buy a lot of our materials in U.S. dollars, which does hurt us."

Mr. Violi said it is always in the back of his mind that the currency situation will reverse itself eventually. Indeed, he said, the loonie is now roughly where it was when Mellow Walk was founded in the early 1990s, and it has since gone above par and back down. "We have ridden that roller coaster and we are still here," he said, "so I am pretty confident that we will ride this out."

On Monday, the Bank of Canada's quarterly business outlook survey pointed to the lowest level of hiring and investment plans since 2009. A small majority of companies plan on reducing investment in the year ahead. "That's a rarity, outside of recession periods," Doug Porter, chief economist at BMO Capital Markets, said in a note.

Speculation of additional accommodation by the Bank of Canada has picked up as a result. Since the central bank's last interest-rate announcement a little more than one month ago, the price of crude has declined by almost 25 per cent, while the loonie has shed almost 5 cents.

The currency slide should have been even worse considering the extent of the resource sell-off, Ian Gordon, a foreign exchange strategist at the Merrill Lynch, said in a report. "Despite [the Canadian dollar's] significant fall, it remains materially overvalued in our view," he said. He's expecting Bank of Canada Governor Stephen Poloz to cut the overnight rate by 25 basis points at its Jan. 20 meeting.

The market is pricing in only about a 20-per-cent chance of that happening, said Shaun Osborne, chief foreign exchange strategist at Bank of Nova Scotia. The Canadian economy is still expected to grow this year, albeit modestly, he said.

"Things are grim from a growth point of view, but we're not talking about outright recession at this point."

Mr. Osborne said he sees only a few cents of additional potential downside for the loonie. "It's going to start to look quite attractive for investors who've been short Canada." 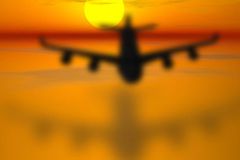 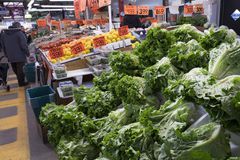 Opinion
More angst than mystery in the loonie’s decline
January 12, 2016 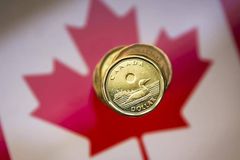