Ontario is calling for the creation of a new group to monitor how the South Korea trade deal affects the province's auto sector, amid concern the pact will cause production cuts and job losses at Canadian factories.

The tariff would be phased out over two years, far shorter than the seven-year period that Ontario had asked Ottawa to secure. The province had also wanted a provision that would allow Canada to reimpose its tariff if South Korea were found to be imposing "non-tariff barriers" – rules that would put Canadian-made vehicles at a disadvantage in the South Korean market.

There is no such clause in the deal, but a spokesman for International Trade Minister Ed Fast said in a statement that the government will closely monitor "the implementation of the agreement and Korean behaviour" to ensure provisions against non-tariff barriers are met.

But Eric Hoskins, Ontario's Economic Development Minister, now wants the federal government to start a group that would assess South Korean auto imports and exports, report regularly on the number of South Korean vehicles entering Canada, and alert the government if Seoul imposes any non-tariff barriers on Canada.

Such barriers could include onerous regulations on how cars must be made, or punitive taxes imposed on buyers of Canadian-made cars.

Canadian auto makers export few vehicles to South Korea, but South Korea-based manufacturers such as Hyundai Auto Canada Corp. and Kia Canada Inc. are highly competitive in the Canadian market, especially in smaller passenger vehicles. Both companies are likely to cut the prices of the vehicles they import from South Korea as a result of the tariff reduction, said auto industry analyst Dennis DesRosiers, president of DesRosiers Automotive Consultants Inc.

Any tariff cuts will show up in the subcompact market, where profit margins are razor-thin. In that segment, Hyundai imports the Accent, its second-best selling car, and Kia's Rio is its best-selling vehicle. Both companies refused to comment Tuesday on how the agreement would affect pricing or the number of vehicles they import from South Korea.

The Canadian tariff is based on what is called the duty-paid value of a vehicle, which is about 60 per cent of the final transaction price. So the savings on a subcompact with a transaction price of about $20,000 would be about $760.

"All products in the marketplace will have to meet the new Korean price point, wherever they're made," Mr. DesRosiers said. "We don't know what the new Korean price point will be, but it's probably at least $500 lower for entry-level vehicles and it could be $1,000 lower for intermediate vehicles. Everyone will have to meet that."

The Ontario government is not seeking "special" protection for its auto makers, Mr. Hoskins said, but clauses that would ensure South Korea competed fairly and that car companies in Canada received the same treatment as U.S. and Europe-based auto makers.

"So it is, I don't think realistic for a company to think it will have one set of rules for it, and another set of rules for the entire rest of the Canadian economy," Mr. Harper said. (Ford declined to respond to Mr. Harper's comments, but much of its hostility was based on the experience of U.S. auto makers since the U.S.-South Korea deal went into effect in 2012.)

Several Canadian manufacturing groups said the first free-trade deal with an Asian country gives them a chance to win sales that have been lost to rivals in the United States, Europe and elsewhere.

South Korea has agreed to phase out tariffs on everything from Canadian pork to whisky over several years in a move Ottawa says could add $1.7-billion to Canada's economy.

For Mold-Masters Ltd., a Canadian-based maker of specialized injection moulding equipment for the plastics industry, the deal could be a huge boon. That's because protective tariffs have given a home field advantage to its South Korean-based competitor, Yudo Group.

"This gives us access to a huge market that we were previously struggling to get into," said Bruce Catoen, chief technology officer at Georgetown, Ont.-based Mold-Masters. The only alternative would have been for the company to set up its own manufacturing facility in South Korea, he said.

Yudo's "monopolistic dominance" of the Korean market because of the tariffs gives it a substantial cost advantage when selling equipment to customers such as Kia, Hyundai and Samsung, Mr. Catoen said. That should now change.

The deal is crucial for the pork industry. Sales of Canadian pork in South Korea plunged to $76-million last year from $230-million in 2011 as U.S., Chilean and European companies enjoyed lower-tariff access.

With reports from Nathan VanderKlippe 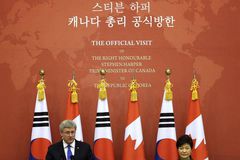 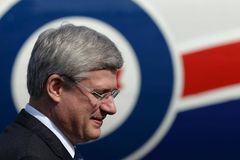 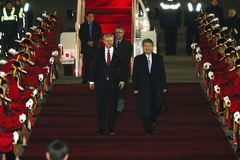 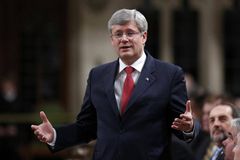