These sectors are vital not just because their health is critical to the country's economy, but because they have come to define what Canada is, and what it brings to the world.

But the country's largest manufacturing sector is no longer one that produces auto parts or high-tech gadgets like BlackBerrys.

It's food. The sector is the country's largest manufacturing industry by sales, the most recent statistics show. Sales set a record last year, topping $80-billion - more than textiles, paper, machinery and aerospace combined. Also last year, it quietly passed transportation equipment to become the industry's top employer. Solid demand in Canada and abroad is helping the resilience, and so is the sector's adaptability to change.

From giants like McCain, Saputo and Maple Leaf to mom-and-pop makers of butter-chicken sauce and pita bread, the sector has steadily expanded over the past decade and now employs about a quarter of a million Canadians. Even in the recession, as most other sectors slumped, food sales kept growing.

The success echoes that of other niche manufacturers in precision machinery or textiles. As global manufacturers struggle to find their place in a post-recession world, the food industry is undergoing sweeping changes, expanding to new parts of the globe and seeking out niche markets. These specialized products, which range from ethnic foods like tortillas and Vietnamese spring rolls, to gluten-free breads and high-fibre pasta, are rapidly becoming mainstream. Organic and health-food products - such as cheese with added Omega 3 - are also expanding.

The rush to niche markets reflects changing consumer tastes and, especially as boomers age, a predilection for healthier food. Globe-trotting consumers are developing a taste for international flavours, and the industry is responding.

Experts believe the sector could form an even greater share of Canada's GDP in the coming years - a vivid contrast to other pockets of manufacturing, which are slicing jobs, closing shop or shifting production overseas. The recession wiped out a quarter of a million manufacturing jobs and its share of the country's economic output has shrunk.

The food sector isn't without its challenges. Like other manufacturers, a strong Canadian dollar is squeezing margins. So are high commodity prices. It's less productive than peers, relies too heavily on the United States as an export market and red tape means new products can take ages to come to market.

But as food prices soar, Canada could become a world leader in this diverse field. It has the raw materials, research facilities and abundant water supplies. A multicultural, well-educated population and trusted brand name also give Canada an edge.

From ducks to honey

Central Canada - Ontario and Quebec - is home to two-thirds of Canada's food manufacturing sector. Atlantic Canada hosts several large producers, such as McCain Foods in New Brunswick - the world's largest maker of frozen French fries. The West has meat processing and churns out many of the raw materials used in production, from wheat and canola oil to pork, lentils, mustard seed and milk.

The growth symbolizes the potential for Canadian companies to compete globally. And, unlike other manufacturers, many in the food sector have no intention of outsourcing as they expand.

King Cole Ducks, Canada's largest duck producer, embodies many of the industry's shifts. The company, based in Newmarket, Ont., began in 1951 when Jim Murby visited a nearby farmer's market and realized demand for duck outstripped supply. So he began raising them to serve the local market.

The problem is that other than Quebeckers, Canadians don't eat a whole lot of duck. So King Cole adapted its strategy in several ways. For one, it hitched its growth to expanding immigrant markets that do enjoy duck, such as Koreans and Eastern Europeans.

It began to look overseas, targeted cruise-ship lines and restaurant chains. And it marketed its sustainable approach - the ducks are free run and by-products produce zero waste.

But most importantly, it has morphed in recent years from a producer of a raw material - duck - to a manufacturer of value-added products. Packages of cooked, sealed roast duck à l'orange, char-grilled roast half ducks and smoked boneless duck breast are now shipped as far as Japan, Tahiti and Mexico.

"We can't go head-to-head and compete with China. But we can in terms of quality and food safety," says Patricia Thompson, director of sales, duck farmer and granddaughter of Mr. Murby, at the company's spotless, chilly plant.

The made-in-Canada label doesn't hurt either. "Clean, healthy, high quality - that's the impression that comes with the Canadian stamp," she says. "It opens doors for us."

Other food producers are finding the same thing. John Rowe was on a camping trip in British Columbia's backwoods in 1996 when he realized a glass jar of honey had broken, leaving his backpack a sweet-smelling sticky mess. His first thought: beware should bears get a whiff. His second: there's got to be a better way to transport honey.

So he set about studying how to convert pure honey into a solid. Sounds simple. But it took 10 years of slogging in labs while working two jobs to do it. Now, Mr. Rowe, who has since moved home to the red soils of Prince Edward Island, runs a food plant that produces the world's first honey that is both solid and contains only honey. Sales have jumped tenfold per year since its start in 2007. The company, Island Abbey Foods Ltd., is rapidly expanding outside Canada to several dozen countries. Last fall, Honibe brand won the top prize for the world's most innovative food product.

"We've been floored," he says. "Within the next two years, I imagine we'll be double where we are today."

He rattles off some reasons for success - honey's healthy properties and the fact that his product contains only honey and nothing else. But a key advantage he finds as he traverses the planet: the made-in-Canada label and the wholesome image he says his province projects.

"I travel all over, when I tell people where I'm from, there's a sense of trust," Mr. Rowe says. "More and more, consumers are concerned with origin and composition of their food."

Toronto - now the second-largest food producer in North America after Chicago - has developed a comprehensive food plan. In May, Ontario unveiled a food-cluster strategy that aims to attract global investment and promote Canadian products overseas. This fall, the province will open an institute of food-processing technology that will eventually host 500 full-time students. The Conference Board is working on a national framework for the food industry and the Canadian Agri-Food Policy Institute is also working on policy.

It's a promising source of employment. Making a chicken nugget or pre-made Caesar salad, for example, typically needs more people than making a car part. Wages also tend to be higher - jobs in the industry yield wages that are on average 25 per cent higher than the national average, the industry says.

Food-innovation centres are springing up across Canada with government and university backing, from Charlottetown's smart kitchen to Burnaby's agri-food centre. They frequently function as labs that bridge researchers, students and the private sector.

Guelph's food-technology centre is used by companies such as Italpasta Ltd. and McCain Foods to test out new ideas and combine new types of ingredients. One room, a cross between a giant kitchen and mad-science lab, tests new types of cheeses and ice creams.

The sector faces its share of headwinds. Like other manufacturers, a strong currency and volatile energy prices are causing headaches, and it has smaller economies of scale than many counterparts.

Canada must also balance stringent food-safety rules with consumers' desire for new products. Processors are frustrated with the time it takes to get new goods to market, says Derek Nighbor, senior vice-president at Food & Consumer Products of Canada.

"As far as the food world goes, Canada has the reputation of being one of the slowest, lagging markets," he says, adding that the country's food framework is about 60 years out of date. "We're falling behind."

For example, a new margarine made with plant sterols - a plant compound associated with lowering cholesterol - took more than five years to get the nod though it's been available in other countries for a decade, he says.

Back at Honibe, John Rowe is busy promoting his products in the U.K., Japan, Hong Kong and China. It helps that most of the honey he uses comes from the island. His company is growing so quickly, he's also now buying from Quebec, Manitoba and Alberta. But he's sticking with strictly Canadian honey.

"People understand the quality of the Canadian product," he says. "Being from Prince Edward Island helps, and being 100-per-cent Canadian definitely helps as well." 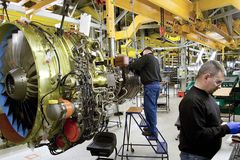 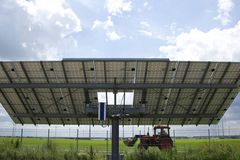 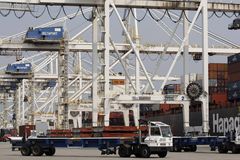 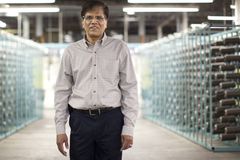 The high-tech rebirth of Canada's textile industry
June 18, 2011
Follow Tavia Grant on Twitter @taviagrant
Report an error Editorial code of conduct
Due to technical reasons, we have temporarily removed commenting from our articles. We hope to have this fixed soon. Thank you for your patience. If you are looking to give feedback on our new site, please send it along to feedback@globeandmail.com. If you want to write a letter to the editor, please forward to letters@globeandmail.com.
Comments