Find more of The Globe's coverage of the fallout from a factory shutdown at tgam.ca/manufacturing.

It's also when expenses pile up for parents – the stresses only amplified for those without work.

So it is this fall for hundreds of families in London, Ontario, a manufacturing and health-care hub in southwestern Ontario.

Caterpillar Inc. closed its 62-year-old locomotive plant in February, putting about 700 people out of work, including 485 unionized members. The heavy-equipment maker cited a need to stay competitive as the reason, and had asked its London workers to take pay cuts of up to 50 per cent. It is now beefing up operations in lower-cost centres in Muncie, Indiana and Sete Lagoas, Brazil.

Eight months later in Canada, the headlines have faded, the story largely forgotten.

But for many of the former workers at Electro-Motive Diesel, the grind only started with the job loss. As the severance runs out and bills pile up in a still-soft local jobs market, the financial and emotional strain is showing.

At least 15 marriages are either in crisis or have ended since the plant's close, according to the local United Way, which is also seeing more clients report addiction and mental health challenges. Food bank usage in the city hit a record in August, of which more than a dozen visitors are former Caterpillar workers.

The city's situation is emblematic of other towns in transition across Canada, where a strong dollar and heated global competition are forcing factories to close and paper mills to shut down. New jobs are coming on stream, but they're often not in the same spots, or in the same sectors as before.

As a result, many workers displaced in the old economy lack the skills or mobility to find their feet in the new one.

Here are some of the ways that stress is playing itself out in London – not just among the affected workers, but in their families and the community as well.

Just one in four of the factory's 485 unionized workers have found work since the plant shut its doors, according to the job action centre, whose staff phones them monthly to track their progress.

Of the ones who are working, 68 have full-time jobs, with the rest in part-time and contract positions or self-employment.

A bulletin board of job postings at the action centre reflects the tough jobs market. For London, there are about 20 postings pinned to the wall. Most are minimum wage, shift work or temporary.

"I'm sending my resume out, but there's nothing," says Ted Radaczynski, who had worked as a machinist. "Eleven or twelve dollars an hour, that's what there is if anything in London, Ontario."

Of the minority with full-time work, most have had to relocate or commute outside of the city. Fifty-five of them, all told, are working outside the city of London.

Severance has run out for all but 180 people, so the majority of people have been on jobless benefits since June.

London's jobless rate, at 8.5 per cent, is more than a percentage point above the national average.

It's not uniformly bleak; Ross Seeley, 53, a former pipefitter, is working part-time at a restaurant and taking care of his grandson. Brandy Damm, a former welder, has been working on call delivering the mail. She likes it, though she'd prefer more hours.

"We've been seeing in our community conversations [including a forum in May, where 70 people turned up] a very clear pattern of people who are really challenged and stressed."

It's not just the worker affected by a job loss – the impact spills over to spouses and children as well, says Mr. Lockie, whose agency has been running workshops for workers on How to Stretch Your Dollar.

"We've realized that the implications of this challenge can carry on for years."

Studies have shown layoffs have a negative impact on mental health including increased depression and a loss of self-esteem.

"The jobs that are available are not the same jobs they had in terms of pay or benefits, and they may not be as long term either," she says. "It's a new world and it's hard for people to adjust to that."

Stress is trickling down to children.

Glen Pearson, co-director of the London Food Bank, has spoken with many affected parents and students.

Parents have told him they can't afford music lessons any more, nor competitive hockey for their kids. A "large number" of children are now in breakfast programs at school because one parent is out getting retraining or looking for work.

"Families are breaking up, or being separated as the father or mother go out to look for work in other parts of the country. There is this feeling that their own particular lifestyle is falling apart – they can't join the ball team this year, or play hockey, or go on the school trip to Ottawa."

Aspirations have been ratcheted down, he says. Before the layoffs, many high-school students figured they'd go to university, maybe out of town. Now, they're looking at local trade schools.

Back to school has meant no new clothes for Kelly Gordon's daughter, nor can they afford repairs on their truck. They've been scrambling to cover school costs, given that student loans were late in coming through.

"It's been really tough," says Ms. Gordon, who had worked as a welder.

Normally, January is the busiest time for the local food bank, when budgets are strained.

Not this year. London's food bank recorded its busiest August on record last month, serving 3,840 families. Of those, at least 15 were families with former Electro-Motive employees, all of whom have children.

Some are now single mothers, visiting because their husbands have moved out to Saskatchewan or Alberta for work. Others starting coming even before the plant's close as a month-long lockout put a stress on household finances.

"The Caterpillar situation is still the defining moment for us, eight months later," says Mr. Pearson at the food bank. "There's still this feeling in the community that if Caterpillar treats us like that, others will too...the worry is there is a race to the bottom. "

If opportunities are scarce in London, the most logical option would seem to be moving, or commuting.

Indeed, some workers are doing just that – commuting to Windsor (2.5 hours, each way) or Guelph (1.5 hours).

Wade Purdy, 47, is starting a job that is an hour and 10 minutes each way. It's also $15 an hour below what he used to make with EMD. His son-in-law and nephew had worked in the same plant and lost their jobs – both have yet to find anything. The job market these days is "horrible," Mr. Purdy says, leaving him with little choice but a lengthy commute.

"How bad it's going to wipe me out driving that far with fuel costs and whatnot – sometimes you wonder if it's even worth having the job, but what do you do?" he said, adding that moving is still better than uprooting his family, selling his home and leaving London.

About 15 people have moved West, to work in Alberta's energy sector, where they spend three weeks on the job and the last week back at home.

A few have even headed to Indiana, or Brazil, to train new workers for the jobs they used to do.

Some are using this time after the layoff to renovate their homes themselves, preparing to list them on the market.

Kelly Gordon hasn't yet found work, and can't afford to retrain in another field. So she's wondering whether to head West to work as a welder. That would mean leaving her daughter behind for two-week stretches – but better that, she says, than no job at all.

In the Electro-Motive shutdown, an unsettling message for Canadian industry
February 21, 2012 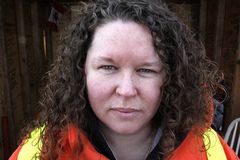 Jobs surge in September, but concern grows over quality
October 5, 2012 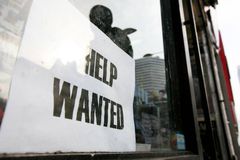 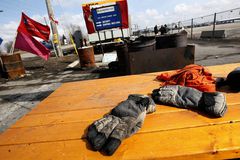 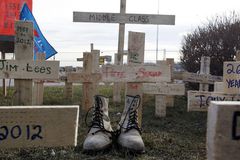 Pictures: Vince and Sarah: How parents of four are dealing with job loss
Gallery
February 21, 2012 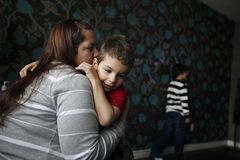 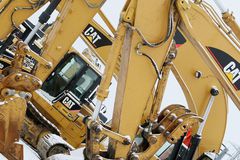