The looming end to a long era of ultra-easy money is tormenting investors, sending global financial markets into a tailspin.

The upheaval began with Federal Reserve chairman Ben Bernanke's observations Wednesday that prospects are looking up for the U.S. economy. But, paradoxically, his forecast of better times was greeted with considerable dread among investors, coming with a likely timeline for pulling back on stimulus measures.

"Financial markets have become addicted to the liquidity, and anything the Fed does to taper or stop that is bound to generate withdrawal symptoms," said Michael Gregory, a Bank of Montreal senior economist. "Unfortunately for financial market addicts, there is no such thing as methadone."

The global unease was heightened by signs of a possible credit crunch in China, where the economy has been slowing for months. A purchasing managers' report also suggested that factories are feeling it, sparking fears China won't be the dependable engine of global growth that it's been in recent years.

How a bit of economic good news in the United States became a bad thing for investors everywhere is a story that begins with the financial crisis of 2008-09. That's when the U.S. central bank pushed its benchmark rate to near zero and then started flooding financial markets with cash, now buying up roughly $85-billion (U.S.) a month in various bonds and securities under its policy of quantitative easing, or QE.

All that liquidity, much of it emanating from the Fed, has been the catalyst for a chain of seemingly low-risk financial trades – in government Treasury bonds, currencies and stocks.

That has allowed big investors to borrow cash cheaply in the United States and reinvest it elsewhere.

The Fed has been making noises for months that it would soon begin scaling back those asset purchases.

On Wednesday, Mr. Bernanke laid out a likely timetable: Start withdrawing liquidity later this year, and then gradually raise interest rates to more normal levels, beginning in late 2014 or early 2015.

"The Fed knows that whatever it does is going to create a little bit of havoc, a little of pain and volatility for a while," Mr. Gregory said.

The rout on Thursday suggests that many investors were taken aback by the Fed's timing. European stock markets lost between 3 and 3.7 per cent, while the S&P 500 slipped 2.5 per cent, its biggest loss since November, 2011. Toronto's S&P/TSX composite shed 2.4 per cent.

But it's not really about stocks. Equities just happen to be caught in the crossfire.

Investors are now unwinding trades that were predicated on the perpetual availability of cheap dollars in the U.S. With the environment set to change, major investors, such as hedge funds, are repositioning their portfolios as they prepare for a different landscape, said Drummond Brodeur, vice-president and global investment strategist at Signature Global Advisors in Toronto.

"It's an inflection point. People are repricing volatility and risk into the market," Mr. Brodeur said. "This has almost nothing to do with stocks. It has to do with what's going on in the rates markets and the foreign exchange markets. The equities markets are just collateral damage."

Easy money, for example, has allowed investors to borrow cheaply in dollars and invest at higher returns in emerging markets such as Brazil. Many of those trades are being unwound this week, according to Mr. Brodeur.

"A lot of what's been driving the market in recent years has been liquidity pumped in from central banks," he said. "Taking away that liquidity increases volatility as we move to a higher-rate environment."

But as they often do, markets overreact. And Mr. Brodeur said the "rebalancing and resetting" of positions is likely to take a couple of weeks to sort out.

The bottom line is that an improving U.S. economy will be good for stocks over the long haul, he said.

U.S. economic growth has now been positive for 15 successive quarters, chugging along at a 2.4-per-cent clip in the first quarter. And the long-depressed housing market is now recovering and contributing to overall growth.

"What was true last year, when the Fed started its third round of QE, is not true anymore," said Krishen Rangasamy, an economist at National Bank Financial. "The Fed's stance is entirely warranted."

Mr. Gregory gave two reasons why Wednesday's announcement might have caught some observers off guard.

First, recent U.S. inflation readings have been low, assuaging any concern that stimulus has been stoking price increases.

Indeed, core inflation, which strips out volatile food and energy items, was just 1.7 per cent in May, below the Fed's target of 2 per cent. Stimulus could be necessary to drive inflation higher.

Also, while the U.S. economy has been performing well, the global economy is another matter. 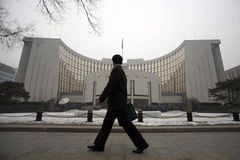