Canada is becoming a country of growing inequality – in housing, wealth and between the oil-rich West and the rest of the nation.

That is the sobering conclusion of a massive report on the Canadian economy released Wednesday by the Paris-based Organization for Economic Co-operation and Development.

The report raises a series of red flags for Canada, highlighted by home prices and rents that are increasingly out of reach for too many Canadians, particularly in Vancouver and Toronto.

"The point of the whole commentary is that it is not just about income [inequality]," OECD Secretary-General Angel Gurria said in an interview. "It is about income, yes, but it is about health, education, job opportunities. It's really about inequalities, plural."

Mr. Gurria told reporters that the OECD's assessment of the Canadians economy is about "as good as it gets" in the postfinancial crisis era.

Significant challenges remain that have not been addressed, he said.

Nearly 40 per cent of Canadians now live in cities where house prices are "seriously or severely unaffordable," based on international comparisons of home prices and median incomes, the OECD said.

Home prices in Vancouver, for example, are now more expensive relative to incomes than in every major city in the world except Hong Kong. Toronto is pricier than New York and Tokyo, and just narrowly behind London.

"A shock to even one segment could have spill-over effects to the broader economy if banks respond by tightening credit significantly, or if negative wealth effects depress consumption," according to the 136-page report, conducted every four years in each of the OECD's 34 member-countries.

Forty per cent of renters and 20 per cent of home owners now spend more than 30 per cent of their pretax income on shelter – a key threshold of affordability.

"Affordability remains a major challenge in urban centres," the OECD said. "First-time home buyers must therefore spend more of their incomes to purchase a house and are vulnerable to future interest rate hikes."

The OECD warns that the Bank of Canada faces a precarious balancing act between raising interest rates to curb the growth in consumer debt levels and keeping affordability in check.

"Regardless of whether or not a housing price bubble exists, very high household debt levels represent a major vulnerability," the report said.

It noted, for example, that the mortgage insurance system, and Canada Mortgage and Housing Corp.'s dominant role in it, "concentrates a significant amount of risk in public finances."

To reduce growing taxpayer exposure, the OECD urges Ottawa to tighten mortgage insurance rules to cover only part of lenders' losses in case of defaults. Mortgage insurance pays the bank back in full if the homeowner defaults on the loan. The OECD is essentially saying that banks should have more skin in the game, and have to eat some of the losses if borrowers default on insured mortgages.

In other countries with mortgage insurance, the insurance tends to cover 10 to 30 per cent of losses, rather than 100 per cent.

In addition, Ottawa backstops 100 per cent of CMHC and 90 per cent of its two private-sector rivals, causing significant taxpayer exposure to the housing market. The OECD is urging the government to continue gradually curtailing the amount of insurance that CMHC can have outstanding, while allowing it's two rivals to grow.

And the OECD says that "over the longer run the insurance activities of CMHC could be privatized, shifting the government's role to one of guaranteeing only against catastrophic losses."

Mr. Gurria, nonetheless, said the OECD does not see a housing crash in Canada's future, despite of house prices that look "remarkably high" in certain markets.

Housing isn't the only looming challenge for Canada. The commodities price boom of the last decade has opened up a growing chasm between regions, pitting the oil-rich West and Newfoundland and Labrador against everyone else. These provinces are sucking up jobs and tax revenues, jeopardizing the provision of government services in the rest of the country, particularly the hard-hit manufacturing heartland of Ontario and Quebec.

The OECD also raised the specter of so-called Dutch Disease, urging governments in Canada to do more to mitigate the fallout from globalization and the still-high currency in parts of the country.

"The federal and provincial governments have a responsibility to mitigate income disparities through their constitutional commitments to promote equal opportunity and provide a reasonable quality of public services for all."

The OECD also faults Ottawa and the provinces for failing to save the benefits of resource exploitation for future generations of Canadians. "Prudence and equity argue for saving gains from exploiting a finite resource and sharing them with future generations," the report said, suggesting Canada follow Norway's lead and invest resource royalties exclusively outside the country to counter upward pressure on the dollar and limit the downside for manufacturers. 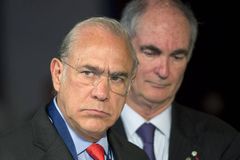 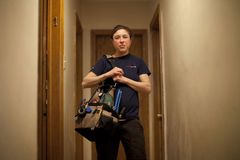 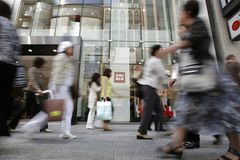 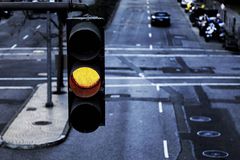 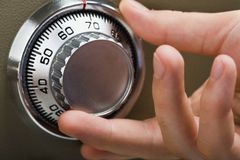