Prospects for Canada and the United States are brighter than a few months ago, and the euro crisis seems less likely to push the global recovery off a cliff, according to a new report from the OECD.

Canada's annual growth rate in the first two quarters of 2012 will be 2.5 per cent, the Organization for Economic Co-operation and Development says in a partial update of a full forecast it published last November.

And the falling U.S. jobless rate and increasingly confident American consumers and businesses mean Canada's chief export market will see a 2.9-per-cent pace of growth in the first quarter of 2012, followed by 2.8-per-cent from April to June, says the Paris-based OECD.

The U.S. numbers in particular are a big improvement from November, when the agency said the world's No. 1 economy would eke out a 1.7-per-cent growth rate in the first quarter and 1.9 per cent in the second quarter, before picking up gradually in 2013.

And the OECD's forecasts for Canada in the first six months of 2012 suggest the country will do better than its November call of 1.9-per-cent growth over the full year.

But the agency also warns that high oil prices will boost inflation and curb the worldwide rebound, and notes that emerging-market economies are weakening.

As well, the bulk of Canadian households – unlike their U.S. counterparts – have not even started to wrestle down their debt loads. The OECD advises central bankers to keep interest rates low to smooth the adjustment for borrowers.

This will also allow governments to attack their deficits without choking growth, Pier Carlo Padoan, the OECD's chief economist, told reporters on a conference call Wednesday.

"The situation is fragile, even though growth rates are relatively healthy. Therefore, policy in Canada should remain careful."

The report notes that Japan's bounce back from last year's natural disasters and nuclear woes is exceeding expectations. Asia's lone representative in the Group of Seven club of rich countries will grow at a 3.4-per-cent pace in the current quarter, the quickest in the G7.

Still, conditions in Europe have been very soft in the current quarter, and won't be much better in the next, the OECD indicates.

Of the four European G7 countries – Germany, France, Italy and the United Kingdom – only Germany's economy is growing in the current three-month period, at a paltry annual rate of 0.1 per cent. In the second quarter, three will see growth and only Italy's economy will contract, but other than Germany none will grow at a pace faster than 1 per cent.

The OECD says moves by the European Central Bank, and some governments, mean the threat of a continent-wide financial crisis is less acute than in November. But it says euro-zone leaders must raise their financial "firewall" (the amount available to bail the most heavily indebted countries out of financial trouble) to at least €1-trillion, a proposal that was rejected Wednesday by German Chancellor Angela Merkel.

"In Europe, the situation remains delicate, sensitive, and there is no room for complacency," Mr. Padoan said.

"The numbers that are now being discussed in Europe [for boosting the firewall]are below a minimum that would reassure markets and deal with a possible new confidence crisis like the ones we were seeing a few months back."

So you wanna be finance minister? Try balancing Ottawa's books
June 5, 2017
Bernanke warns of weakness in U.S. job market
May 3, 2018 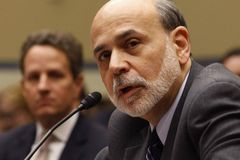 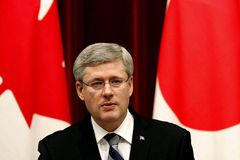 Ain't over till it's over: Euro fears persist amid high yields
April 30, 2018 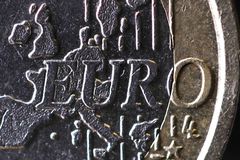 Economic confidence makes a comeback
May 3, 2018 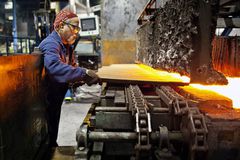 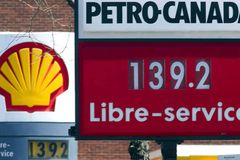