A new poll suggests that employment conditions remain dismal for Canadians with disabilities.

The survey commissioned by CIBC and conducted by Angus Reid found that only half of respondents living with a disability have a full- or part-time job.

Two years ago, Statistics Canada released similar figures putting the employment rate for disabled Canadians at 49 per cent, compared with 79 per cent among the general population.

The latest poll found that 37 per cent of disabled respondents said they were unemployed, while 11 per cent fell into a miscellaneous category such as homemaker or student.

The unemployed respondents overwhelmingly said they were out of work as a direct result of their disability, with 67 per cent citing it as the reason for their current circumstances.

The survey also found that only 23 per cent of respondents feel comfortable disclosing their disability to a potential employer before the interview process gets under way.

About 19 per cent of respondents said they had no intention of discussing such information at all, with half of them citing fear of discrimination as the reason for their silence.

In the poll, the term "disability" refers to individual functioning, including long-term or recurring physical, mental, sensory, psychiatric or learning limitations.

Experts say the poll is the latest illustration of what the disabled community has known for years – that stigma remains a significant concern.

Ryerson University has established Magnet – a project using technology to connect prospective employers with groups that have historically struggled to join the work force.

Magnet executive director Mark Patterson said today's hiring managers acknowledge that people with disabilities have skills to offer, but struggle with fears that a disabled candidate wouldn't be able to fulfill the specific requirements of a job.

Even those who do secure a job can do little to combat the broader stigma, he said, since many of them are not visible to the public.

"If we don't have a significant percentage of persons with disabilities working in the labour force, or if they're hidden away in places where they're not interacting with the public, the invisibility of disability is sometimes a big challenge," he said. "We're really interested in making sure that … people with disabilities are in customer-facing roles and so on. That's going to be an important step in helping change the stigma."

At the heart of the employment shortage lies a persistent misunderstanding of what it means to be disabled, Mr. Patterson and other experts agree.

Joe Dale, executive director of the Ontario Disability Employment Network, said many businesses still operate under the assumption that accommodating employees is an expensive and cumbersome process.

"Businesses tend to equate disability with injury or workplace accident and feel that it's going to be either bothersome, time-consuming or costly to bring people with disabilities into the work force," he said.

Mr. Patterson agreed, saying employers need to shift their thinking to recognize that disabled workers may have overlooked skills that can be put to use in valuable ways. He cited banks which recognized that some applicants on the autism spectrum have pattern recognition skills that allowed them to excel at data and business analysis. But Mr. Dale said businesses and educational systems need to start addressing the problem even earlier by laying solid foundations for future employment.

He said many people with disabilities are often overly sheltered in their homes and school settings, leading to low expectations of them later in life.

The early years of résumé building are also overlooked, he said, adding many disabled applicants do not secure part-time or summer employment before going on to gain academic qualifications.

The Angus Reid poll surveyed a thousand respondents online between Dec. 20 and 22 of this past year. The polling industry's professional body, the Marketing Research and Intelligence Association, says online surveys cannot be assigned a margin of error because they do not randomly sample the population. 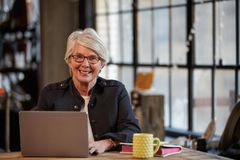