The Canadian government's latest move to tame the mortgage market will support the "long-term stability" of the housing market and guard against the economic risks posed by excessive borrowing, Bank of Canada Governor Mark Carney said Thursday.

Speaking in Halifax just hours after Finance Minister Jim Flaherty announced a series of changes that come into effect next month, Mr. Carney reiterated his concerns about the effects that his ultra-low interest rates have had on the behaviour of both borrowers and lenders, warning the economy cannot "depend indefinitely" on debt-fuelled spending, especially as incomes stagnate.

At the same time, Europe's growing crisis is expected to keep the central bank on hold for a long time yet, leaving regulation as the only real avenue for reining in housing-related investment, which Mr. Carney said now makes up "an unusually elevated share" of the economy.

"In this context, Canadian authorities are co-operating closely to monitor the financial situation of the household sector, and are responding appropriately," Mr. Carney, who confirmed later that he was consulted on the decision, said in a speech to the Atlantic Institute for Market Studies.

"Today, federal authorities have taken additional prudent and timely measures to support the long-term stability of the Canadian housing market, and mitigate the risk of financial excesses."

Last week, Mr. Carney and his policy team warned that Europe's worsening drama could slam Canada with a "major shock" if it is allowed to spread out of control and further infect healthier regions, particularly the still-fragile U.S. economy. They also warned that more Canadian households could find themselves under water with their debt payments if a big unemployment shock were to result, and sharpened their warnings about Toronto's booming condo market.

On Thursday, Mr. Carney acknowledged in a news conference after his speech that his economic forecast for Canada in 2012 will likely be revised lower when he publishes a mid-July update of projections from April.

This will not shock most economists. A first quarter in which the economy grew at an annual rate of 1.9 per cent - well short of Mr. Carney's 2.5 per cent estimate from mid-April - had already likely thrown his projection of 2.4 per cent growth for 2012 off course. And recent turmoil affecting Europe and the U.S. has all but guaranteed weaker growth in Canada, too.

"Since our previous forecast in April, there has been a further slowing in global activity, including marginally in the U.S., and the first quarter was somewhat weakened," Mr. Carney told reporters. "Arithmetically, what that means for 2012 growth in Canada, it would on the margin be down."

Some investors are betting the situation in Europe and the failure of the U.S. economy to gain more traction could force the central bank to cut interest rates from the current 1 per cent level some time later this year. However, in his speech, Mr. Carney strongly hinted he is not even considering a reduction in rates, echoing language from his June 5 rate statement.

"Despite these ongoing global headwinds, the Canadian economy continues to grow with an underlying momentum consistent with the gradual absorption of the remaining small degree of economic slack," said Mr. Carney, whose next decision is July 17. "Some modest withdrawal of the present considerable monetary policy stimulus may become appropriate."

Still, he left himself the same wiggle room as in recent statements, saying the "timing and degree" of rate hikes would depend on how things play out.

Despite the worries about consumers over-borrowing, recent data suggest the housing market is already slowing down, and a report from Statistics Canada Thursday showed that in April, retail sales fell – both in prices and volumes. Some analysts have already warned that the mortgage moves could be too effective, and spark a sharp slowdown in a key area of strength for the economy.

At his press conference, Mr. Carney rejected the notion that the new measures might deprive Canada of a crucial source of growth.

"These measures reduce the No. 1 domestic risk to the Canadian economy," he said. "What's important is the sustainable evolution of the housing market. It does no good to have artificial strength in the housing market, or in consumption."

Earlier Thursday, Mr. Flaherty confirmed that Ottawa will reduce the maximum amortization period to 25 years from 30 years, and will cut the maximum amount of equity homeowners can take out of their homes in a refinancing to 80 per cent from 85 per cent. Also, the availability of government-backed mortgages will be limited to homes with a purchase price of less than $1-million, and the maximum gross debt service ratio will be fixed at 39 per cent, and the maximum total debt service ratio at 44 per cent. All the changes will take effect on July 9.

Mr. Carney's speech, meanwhile, was largely a re-hash of his views on what is needed to foster the more balanced and sustainable global economy on which export-heavy Canada's fortunes largely depend, including an "open, resilient" financial system. The central banker, who is also chairman of the Group of 20-linked Financial Stability Board, again warned against delaying the implementation of reforms designed to make international finance safer for the global economy.

On Europe, Mr. Carney said it would be a mistake to "underestimate" the resolve of the region's policy makers to stem the crisis, and endorsed their efforts to move toward a banking union, while saying the euro zone probably also needs something more akin to a fiscal union. 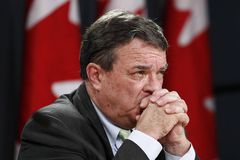 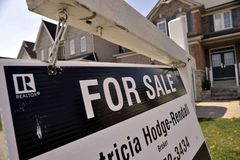 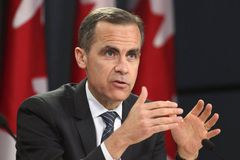 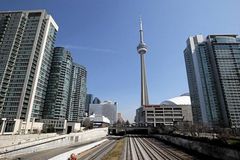