Business leaders and politicians land in the posh Alpine town of Davos, Switzerland, this week where global inequality and what to do about it will dominate discussions.

They meet as a new Oxfam report says that the richest 80 people in the world now have the same amount of wealth as the bottom 3.5 billion of the global population.

It's not the only study flagging the dangers of the growing wealth gap; global organizations such as the International Monetary Fund and the Organization for Economic Co-operation and Development have repeatedly warned that inequality threatens not just the poor, but social cohesion and economic growth as a whole.

"The scale of global inequality is quite simply staggering," Winnie Byanyima, executive director of Oxfam International, said in a statement. "Despite the issue shooting up the global agenda, the gap between the richest and the rest is widening fast."

The study, published ahead of the annual World Economic Forum, uses Credit Suisse global wealth data and the Forbes billionaires list. It estimates that if current trends continue, by next year the richest 1 per cent will own more of the world's wealth than the remaining 99 per cent combined.

Many of the same billionaires on the list, such as Bill Gates, Jack Ma and Eric Schmidt, are jetting to Davos to discuss key themes in the global economy.

More than 1,500 business leaders and 40 heads of state are expected to attend the Davos forum, which begins Wednesday.

The chorus of concern over disparities may be growing, but there's little consensus on just what to do about it.

Oxfam, an anti-poverty charity, is calling for greater disclosure of lobbying activities, minimum wage hikes, the end of tax havens and more taxes on the wealthy.

In the United States, President Barack Obama will give his annual State of the Union address on Tuesday, where he is expected to address inequality – specifically wealth inequality – proposing a plan to raise $320-billion (U.S.) in the next decade by hiking capital-gains tax for wealthy Americans and closing loopholes to help finance tax cuts for the middle class.

The proposals have little chance of passing, given the Republican party's control of Congress.

Canada's middle class has fared better in the past decade than its U.S. counterpart, a new analysis by the Center for American Progress shows. But it is not immune to global trends of income and wealth concentration at the top. The wealthiest 10 per cent of Canadian families held almost half of the country's net worth in 2012, according to Statistics Canada.

Here are some of Oxfam's findings: 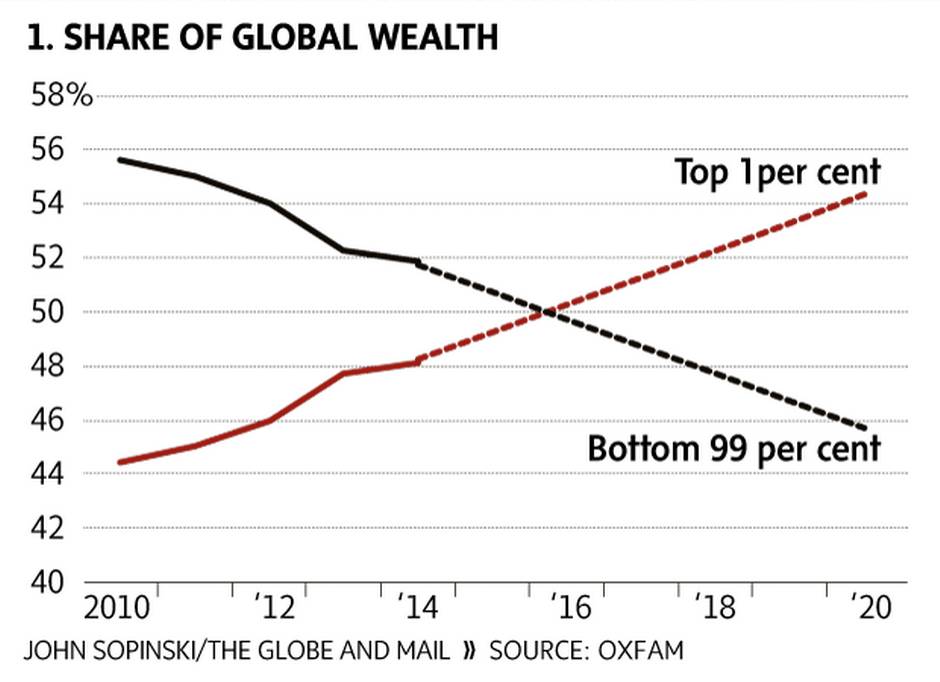 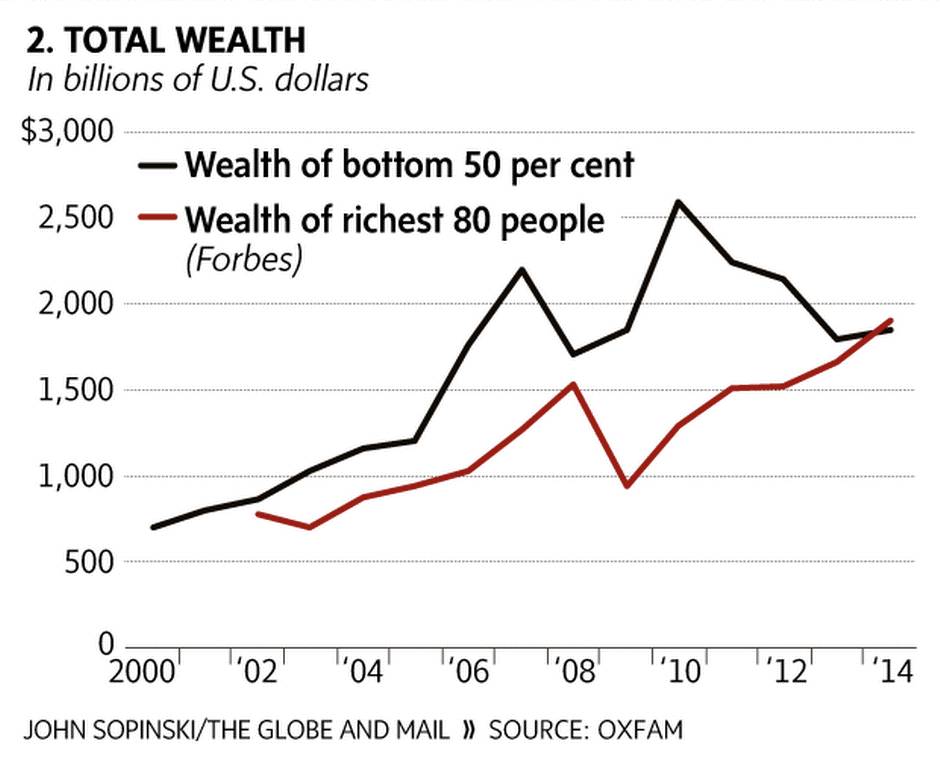 The gap between the extremely rich and everyone else is increasing. Last year, the richest 1 per cent held 48 per cent of global wealth. If trends continue, by next year the top 1 per cent will own more than half of the total share of the world’s wealth. 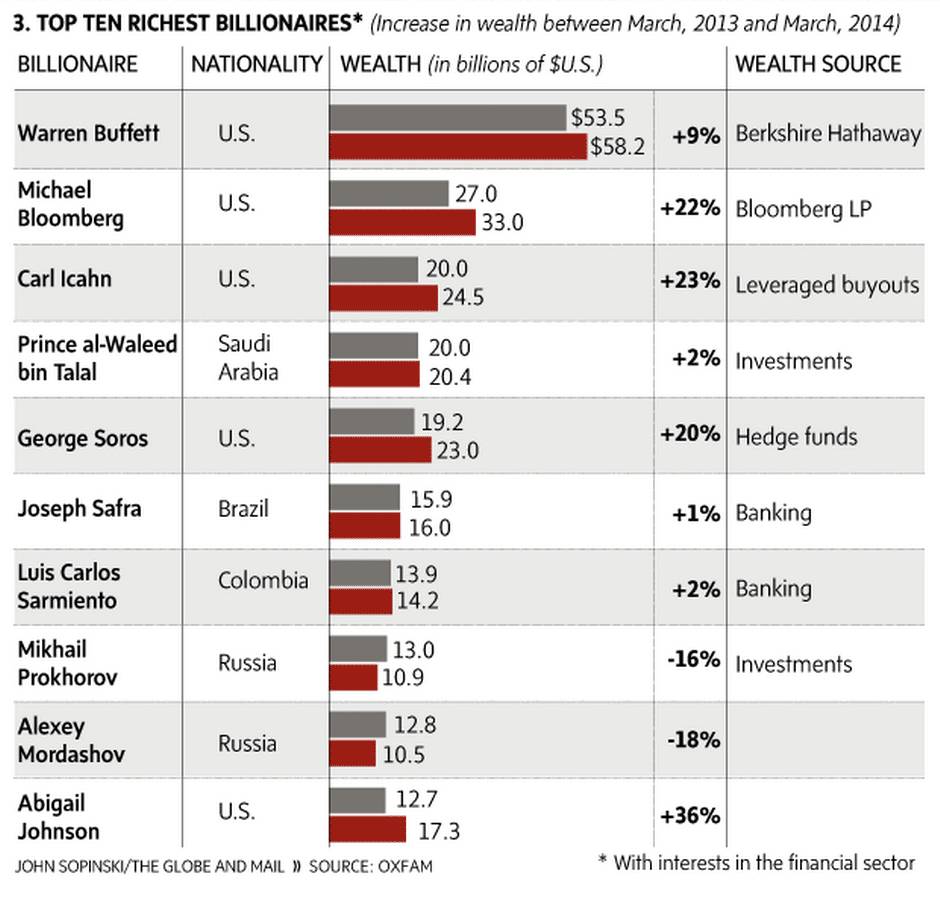 The world’s billionaires tend to be “male and greying,” with about nine in 10 of them male and over the age of 50. A third have inherited some or all of their fortunes. Almost 30 per cent are citizens of the United States. Many have gotten rich from interests in either the financial and insurance sector or the pharmaceutical and health-care industry.