It wasn't long after Stephen Poloz started publicly fretting about disinflation that consumer prices began to creep up in Canada.

Not dramatically so, but most definitely higher. In April, the consumer price index matched the central bank's 2-per-cent target for the first time in two years, pushed higher by rising gasoline and natural gas prices.

And yet the Bank of Canada Governor and his top deputies have continued to beat the low-inflation drum, warning repeatedly about persistent "downside risks" and keeping the central bank in a firmly neutral position on the direction of its next interest-rate move.

Mr. Poloz is unlikely to change that tune when the bank makes its next scheduled rate announcement on Wednesday.

Nor is the bank expected to change its key overnight interest rate, fixed at 1 per cent since September, 2010.

"They want to minimize the way they change their message, if only to stay dovish and avoid sending the Canadian dollar stronger," said Avery Shenfeld, chief economist at CIBC World Markets. "If they were to drop that very neutral stance it might send the currency stronger, which would be undesirable given that you're looking to exports to take the lead on growth from here."

The prospect of higher interest rates in Canada could cause investors to move funds back into Canada.

The slightly uncomfortable reality for Mr. Poloz is that the economic landscape isn't shaping up quite as he expected.

Exports and business investment haven't yet picked up the slack from slowing consumer spending and housing activity. The Canadian dollar, after losing about 10 per cent of its value against the U.S. dollar, has moved back up a couple of cents on the strength of higher energy prices.

Inflation is also a little stronger, and growth is holding up better than expected.

"Inflation seems to be coming back faster than [the bank] thought, even the core rate," Mr. Shenfeld pointed out. "And that might call into question the view that there could equally be a cut or a hike as the next move."

At "some point" the bank will have to acknowledge that inflation is picking up, agreed Mark Chandler, head of Canadian fixed income and currency strategy at RBC Dominion Securities.

But he, too, does not expect Mr. Poloz to tip his hand just yet. "I think they'll still say there are downside risks to inflation," Mr. Chandler said.

The bank can afford to do that because the core rate of inflation, which strips out volatile food and energy costs, was still running at an annual clip of 1.4 per cent in April, or still well below the bank's 2-per-cent inflation target.

Mr. Chandler pointed out that the Bank of Canada typically adjusts its monetary policy language at the same time as it revises its forecasts. And the bank won't be issuing new forecasts until the next rate-setting announcement on July 16.

"At some point they are going to have to change. I think it's just a bit premature that we see that [in this week's statement]," he said.

Mr. Poloz has said that the bank's forecast of a gradual return to higher inflation and stronger growth depends on a pick up in exports and business investment – two trends that remain elusive.

Most economists expect the bank's next move to be a rate hike, probably in the second half of 2015.

But David Madani of Capital Economics in Toronto warned that interest rates will remain low in Canada "for a long time" – and longer than markets expect – because of a combination of sluggish exports, slowing housing construction and Canadians with too much debt.

Bleak GDP will push inflation fears to the back burner
Subscriber content
May 30, 2014 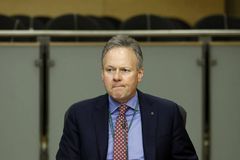 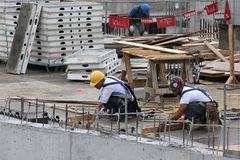 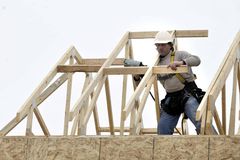