Three years, five months and counting: That's how long the Bank of Canada has kept its key interest rate fixed at a rock-bottom 1 per cent.

But with evidence that inflation is perking up a bit, the odds that Mr. Poloz's next move is a rate increase, rather than a cut, are overwhelming.

Combined with a cheaper Canadian dollar and better-than-expected fourth-quarter growth, the building blocks of an improving economy are starting to fall into place for Mr. Poloz, making a rate cut increasingly unwarranted.

In a series of interviews at the recent G20 meeting of finance ministers and central bankers in Sydney, Australia, Mr. Poloz called the slide in the Canadian dollar a "welcome development" because it means the U.S. dollar is getting stronger alongside the U.S. economy. He also said he's feeling "a little more comfortable" about disinflation risks.

There was a hint of higher inflation in January. The consumer price index rose at a higher-than-expected 1.5-per-cent annual pace in January – the fastest pace in 19 months.

"The uptick in inflation has taken rate cuts off the table for now," Bank of Montreal chief economist Douglas Porter said.

Economists said the bank will likely make minor adjustments to Wednesday's statement, reflecting how the environment has changed since January, when Mr. Poloz warned of growing "downside risks" on inflation.

"That's debatable now, especially with oil prices pushing above $100 a barrel and the Canadian dollar relatively soft," Mr. Porter pointed out. "I'm not sure that statement still works."

Toronto-Dominion Bank said it's looking for Mr. Poloz to "convey a sense of continued – versus increased – caution" because of the risks still hanging over the economy.

Officially, the bank has a neutral rate bias, implying that its next move could be up or down.

But an imminent rate hike is just as unlikely as a rate cut. Most economists don't expect a rate increase until next year.

The bottom line for Mr. Poloz is that the economy, while improving, remains relatively weak, growing at a pace that is only gradually absorbing excess capacity in the labour market, factories and elsewhere.

The economy contracted in December, dragged down by the effects of the massive ice storm that hit Central Canada during the Christmas holidays. The fourth quarter as a whole was better than private-sector economists and the central bank expected, growing at a 2.9-per-cent annual clip.

But some of the main growth drivers in the fourth quarter could be tough to sustain, including a temporary buildup of business inventories and debt-fuelled consumer spending.

"With inflation still uncomfortably low and economic growth still overly dependent on debt-fuelled housing activity, there is little prospect of any chance in that policy rate in the near-term," Paul Ashworth, chief North American economist at Capital Economics, said in a research note.

The economic outlook isn't likely to change until Canadian exports take off with the recovering U.S. and global economies. Until that happens, the central bank Governor is likely to stay on the interest-rate sidelines.

So far there is little evidence of an export surge. Canada continues to run a significant trade deficit.

Mr. Ashworth said the Canadian economy remains highly dependent on housing investments. If that wanes, it's unclear what will drive growth in the months ahead, he said. 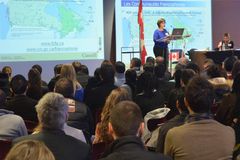 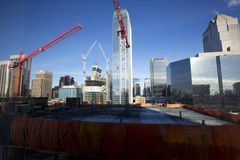 Why foreigners have lost their taste for Canada’s bonds
March 3, 2014 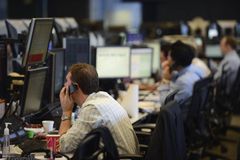 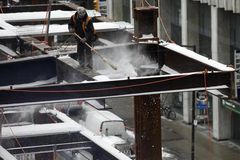