The economy is growing again and some employers are hiring, but Bonnett's Energy Services Trust is just one example of why long-term unemployment remains a blight.

For David Ross, the chief financial officer of the Alberta oil field services company, the demand simply isn't there yet to prompt new hiring. Bonnett's is still running at 50 per cent of prerecession employment levels, and that's not likely to change soon.

"This is going to be a bit of a long road ahead," he said.

Even as the bleeding in labour markets is probably over, the economic recovery may not be strong enough to make up for most of the losses any time soon, warns the Organization for Economic Co-operation and Development in a new report highlighting the stubborn problem of long-term joblessness. The average unemployment in developed nations will likely still eclipse 8 per cent at the end of the year.

"There's going to be a necessarily slow reduction in long-term unemployment," Robert Fairholm, director of the Centre for Spatial Economics in Milton, Ont., said in an interview. "Improvement could stall out for a considerable period of time while the world economy rights itself."

The U.S. unemployment situation is becoming the dominant issue ahead of November congressional elections. The country's jobless rate isn't falling nearly as quickly as the Obama administration had hoped, and the economy has recouped just a fraction of the more than eight million jobs lost since late 2007. The U.S. Labour Department says more than two million people will see their jobless benefits interrupted within weeks should lawmakers fail to extend them amid intense political pressure to cut spending.

In Canada, the picture is far less grim. The economy posted impressive growth in the fourth quarter of 2009 and the first three months of this year, and most of the jobs lost during the recession have been restored. The share of unemployed Canadians who have been out of work for at least a year was about 8 per cent in 2009, compared with the OECD average of about 25 per cent. However, as a share of the total work force, the number of long-term unemployed almost doubled from the end of 2007 to the end of last year, the OECD said.

Statistics Canada figures show some differences. The agency said Wednesday that long-term unemployment as a share of the overall jobless level was 7.5 per cent in 2009, and that the number of people without work for 12 months or more as a share of the labour force rose by just 50 per cent during the same two-year span that the OECD looked at.

Nonetheless, long-term unemployment presents a Catch-22 for some workers: The longer they're out of the workforce, the more out of date their skills become and the longer it takes to get back in, causing many to simply stop looking. In the U.S., the jobless rate last month dipped to the lowest level since July, 2009 - largely because more than 600,000 discouraged job seekers left the labour force.

"People lose skills and, the other side of that, employers become wary of hiring somebody who's been out of work a long time,'' Dean Baker, co-director of the Washington-based Center for Economic and Policy Research, said in an interview. "So you have a situation where when people are out of work for long periods, the likelihood that they'll come back and be able to get a job that was comparable to the one they lost deteriorates fairly rapidly.''

The OECD report did reflect Canada's enviable position compared with many of its peers, predicting that unemployment will drop more quickly than in the 1991-92 recession, to 7 per cent by the end of next year. And data from Statistics Canada indicate that while the average length of time for a jobless spell was 17.1 weeks last year, the highest since 2005, average unemployment durations were actually higher from 1997 to 2003.

Still, many Canadian firms are in a holding pattern, as Europe's debt troubles, the shaky U.S. recovery, and the possibility of slower growth in emerging markets cast a pall over what earlier this year had started to look like an unstoppable global rebound. Though the government has taken steps to make jobless benefits accessible for a longer period, and has allowed companies to adopt work-sharing programs where employees can work fewer hours and still qualify for Employment Insurance, groups such as the Canadian Labour Congress warn that hundreds of thousands of people may exhaust their benefits without finding a job.

Robert Hammond, chief executive officer at Hammond Manufacturing Co., a Guelph, Ont., company that makes electrical enclosures and equipment, said the pressures on manufacturers to be more productive as they continue to adapt to the strong Canadian dollar's effect on sales abroad will keep hiring in check indefinitely.

"Companies have to drive costs out," he said. "Less labour is what it really boils down to. With today's currency and today's drive for productivity, the days of blindly hiring a bunch of people for the long-term are gone."

Employers are using overtime and temporary workers to fill gaps, rather than adding full-time staff, he said.

The companies that are hiring are doing so only cautiously and on a limited basis. Canadian National Railway Co. plans to take on up to 2,000 people in each of the next five years, but largely to replace the roughly 47 per cent of its work force that is expected to retire during that period, chief executive officer Claude Mongeau told Bloomberg News this week.

With files from Tavia Grant in Toronto 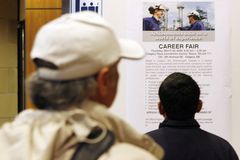 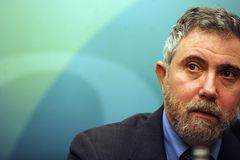 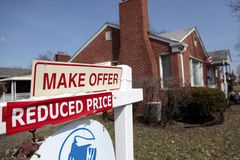