Jim Flaherty is vowing to legislate away the often large gap between retail prices in Canada and the United States, but it is unclear how the government will manage to do it.

"Canadians work hard and should not be gouged with higher prices simply because of where they live," according to the budget document tabled Tuesday by the finance minister.

He promised a new law to tackle so-called "country pricing" – the practice of manufacturers charging retailers higher prices in Canada than in the United States for identical products. Country-pricing schemes affect the cost of a wide array of consumer goods, from cars to tires to shoes to cookies.

The new "framework" will enable Canada's competition watchdog to pursue companies that "use their market power to charge higher prices in Canada that are not reflective of legitimate higher costs," according to the budget. It mentions "corporate agreements" that thwart Canadian retailers from buying directly from U.S. distributors.

Canadian retailers have complained that suppliers often charge them 10 to 50 per cent more as a result of these deals, leaving them unable to sell at lower the prices offered in the U.S.

Citing various independent studies, the budget says Canadians were paying anywhere from 10 to 25 per cent more than Americans for most goods in 2011 – even after adjusting for the exchange rate and higher Canadian sales taxes.

Diane Brisebois, president of Retail Council of Canada, said the government is sending a clear signal that big disparities in manufacturers' prices for Canadian and U.S. retailers is unacceptable. She said the budget "goes a long way to trying to address and fix" the problem but "the devil's in the details," and few were provided.

One of the biggest price gaps is between what Canadians and Americans pay for car tires. The Tire Dealers Association of Canada has been lobbying tire makers to eliminate Canadian country pricing, and it welcomed Ottawa's move.

The TDAC says many U.S. tire makers use their supplier contracts to force Canadian retailers to buy tires directly from Canadian affiliates, rather than through U.S. wholesale channels, where prices are cheaper. Because of intense lobbying by the association, "the gap has closed somewhat," said Bob Bignell, who heads the tire price disparity committee at the TDAC. But having the government take action on the matter will add pressure to close it further.

However, Mr. Bignell questioned how Ottawa's plans will work in practice – as did many others.

"It's beyond me how you can legislate this," said Douglas Porter, chief economist at the Bank of Montreal, who regularly examines the Canada-U.S. price gap.

Bob Kirke, executive director of the Canadian Apparel Federation, which represents the Canadian clothing industry, wondered whether Ottawa could be effective in addressing country pricing by using the Competition Act. "How will this be enforced?" he asked. "Look at the success rate of the Competition Bureau."

Joy Nott, president of the Canadian Association of Importers and Exporters, also wondered how Ottawa would implement the policy.

"From a consumer's standpoint I applaud the initiative," she said. "This does need to be addressed because it is harming Canadian retailers and importers. I just don't understand how you get there."

It is hard to see how the Competition Bureau will handle the issue, she said, especially when a product is sold by the same company in the United States and in Canada. "I think it is a noble effort, but I am not clear on how they are going to proceed."

Indeed, by targeting retail prices, Mr. Flaherty may be going after a problem that is already be fading on its own. The falling Canadian dollar is already discouraging cross-border shopping.

And in some industries, the price gap has begun to diminish sharply. Chris Hall, co-owner of Winnipeg-based McNally Robinson Booksellers, said that after several years of the Canadian dollar at or near par, the prices printed on most books have caught up with the new reality.

In the past there were many complaints about the discrepancy – especially when the dollar was right at par and it was easy to calculate – but the problem has largely disappeared, Mr. Hall said. "We haven't had a customer mention it for quite some time."

In recent months, the Bank of Canada has highlighted the role of intense retail competition in keeping prices down. In a speech last week, the bank's top deputy governor, Tiff Macklem, warned that competition between major retailers will continue to depress retail prices "for some time." He suggested that Canadians are enjoying the fruits of cut-throat retail competition and improved productivity as Wal-Mart, Target and other U.S. chains expand across the country.

In another budget move, the government pledged to promote credit card "fairness and transparency" and "help lower credit card acceptance costs for retailers" while encouraging those merchants to lower prices.

Ms. Brisebois applauded the government for addressing the problem of the growing number of premium credit card fees that become a cost burden for retailers. "This is a $5 billion-plus issue for Canadian retailers and consumers and one that has been particular debilitating for our independent merchants," she said. 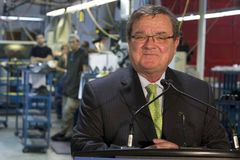 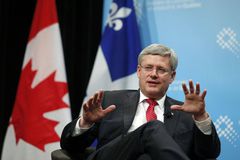 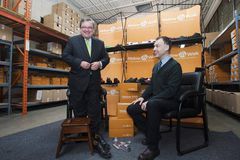 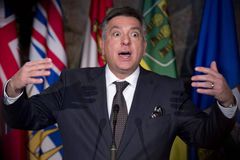 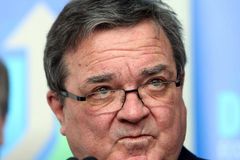 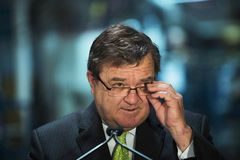