The deflation dragon, once thought largely slain by the efforts of the world's central banks in the wake of the global financial crisis, has risen again as a threat to global economic stability – and this time oil's epic collapse is feeding the beast.

The European Union said Friday that euro zone consumer prices were down 0.2 per cent in December from a year earlier, as plunging fuel prices drove inflation into negative territory for the first time since the 2009 recession. Sixteen of the EU's 28 member nations are now in deflation territory, while euro zone giants Germany and France are knocking on the door, with annual inflation of just 0.1 per cent.

Canada's December inflation report doesn't come out until next Friday, but the theme should be similar – sharp declines in fuel prices leading to inflation rates that are in rapid retreat. Economists estimate that Canada's inflation rate will come in at about 1.6 per cent, down sharply from 2.4 per cent just two months ago. And some predict that it's on track to be near zero, or even negative, by the middle of the year.

While consumers typically welcome the notion of paying less for their everyday purchases, economists agree that a generalized deflation, or downturn in prices across a wide range of goods and services, can cripple an economy if left unchecked. Lower prices lead to lower consumption – both because they create a disincentive to spend in the short term because the cost is expected to be lower at a later date, and because they lead to lower corporate profits and by extension to reduced wages and payrolls, which reduce consumer demand. In short, deflation is a recipe for recession.

Deflation could be particularly problematic at this juncture because the world is acutely indebted. Total household, corporate and government debt is equal to nearly 230 per cent of global gross domestic product.

The link between deflation and debt was identified by Yale University economist Irving Fisher in a 1933 paper, which sought to explain how the 1929 market crash sunk into the Great Depression. He argued, compellingly, that deflation becomes an economy killer because when prices fall, debts don't deflate with them. The effect is that the economy's debts become bigger relative to the incomes generated to service them – which prompts further belt-tightening by consumers; that drives prices down even more, which further lowers corporate profits and leads to more payroll cuts. This is known as a deflationary spiral, and it chokes off an economy.

But deflationary spirals are usually associated with a more persistent, widespread deflation across an economy, typically brought on by a pre-existing demand slowdown and/or economic shock. Think of the bursting of Japan's property and credit bubble in the early 1990s, which led to modest yet stubborn deflation that hog-tied the Japanese economy for much of the past two decades.

The question now is whether a sharp drop in a single albeit important commodity – oil – can trigger a true deflation problem, and just how much monetary policy makers need to worry about it.

"None of this applies when we're just talking about a one-time drop in oil," said Avery Shenfeld, chief economist at Canadian Imperial Bank of Commerce. "Real deflation is when we're talking about an economy so weak that it has widespread declines in prices and wages. That's not the case in the U.S. and Canada."

The Bank of Canada has repeatedly made clear that it looks through short-term price shocks from energy and other isolated factors, and focuses its attention on the so-called "core" inflation rate, which excludes notoriously volatile goods such as fuels. However, given Canada's substantial energy production and export sector, there is concern that oil's sharp declines could have a broader effect in slowing the economy – and, therefore, will have a wider deflationary spillover that the Bank of Canada may eventually need to combat with low interest rates.

"With lower commodity prices representing an unambiguously deflationary shock for Canada, the probability that the Bank [of Canada] does eventually have to put interest rates back at zero has increased substantially," said David Wolf, Fidelity Investments Canada portfolio manager and a former adviser to Mr. Poloz at the Bank of Canada, in a recent research report.

The deflation threat is much bigger in Europe, which was in a broad and persistent economic funk long before oil's downturn. Euro zone economic growth is believed to have been only about 0.8 per cent in 2014 and isn't expected to do much better this year, and this tepid demand has led to broad-based inflation weakness. Excluding energy, the euro zone's inflation rate is 0.6 per cent – in positive territory, but still too low for comfort.

That's why the European Central Bank is widely expected to launch a large-scale asset purchasing program at its upcoming meeting Thursday, a stimulus strategy known as "quantitative easing" that is aimed at re-inflating the European economy. Major euro zone economic power Germany has long resisted such a move, but with its own consumer prices on the verge of deflation, the Germans may be prepared to grudgingly accept QE.

Mr. Shenfeld said oil's decline is actually a positive for the euro zone economy, which is a net consumer of petroleum products. Still, he said, the fact that oil has pushed European inflation into negative territory creates the optics the ECB needs to win political support for QE, which many economists feel is long overdue.

"In that perspective, it's a positive," Mr. Shenfeld said.

Analysis
A boost to U.S. economy from low oil will be Canada’s saving grace
January 15, 2015 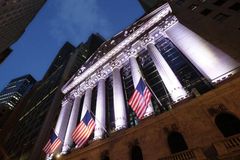