The roots of Donald Trump's shocking upset victory lie in the growing gap between economic expectations and reality.

By many measures, the United States is actually doing fairly well. Eight years after the financial crisis, stocks are trading at lofty heights while unemployment has shrivelled to less than half its Great Recession highs.

But as the brutal, buffoonish battle for the White House showed, many Americans are seething with frustration. The very different groups of voters who cheered for Mr. Trump or Bernie Sanders can agree on at least one thing – the world is falling far short of what they feel they deserve.

The biggest problem for the new president will be bridging the gap between those elevated expectations and a lacklustre reality. Yes, the United States has largely recovered from the Great Recession. However, the rebound has been much weaker than the upswings that followed previous downturns.

The closer you examine the recovery, the less impressive it looks. Unemployment has fallen in part because so many people have left the work force. Stocks are hovering at high levels because paltry interest rates have left savers with few alternatives. Today's economy is growing but it's doing so at a painfully slow rate.

Is this as good as it gets? Compared to continental Europe – and maybe even to Canada – the U.S. is doing okay. But as the gap between economic expectations and economic reality gapes wider and wider, the U.S. is turning into a nation of polarized, mistrustful voters. The bruising election campaign could be just a foreshadowing of the battles that lie ahead.

The single biggest problem hanging over the new administration is the economy's dismally slow growth. Since the financial crisis, the nation has lagged far, far behind forecasts.

Consider gross domestic product (GDP), a broad measure of all the goods and services created in the United States. It now stands about $2-trillion (U.S.) shy of where economists in 2007 thought it would be in 2016.

The shortfall works out to more than $5,000 per person this year. Why are so many Americans frustrated? The answer begins here, with the enormous gap between what people could reasonably have expected a decade ago and what has actually transpired.

GDP is now expanding at its slowest pace since the late 1940s. In per-capita terms, it's barely edging ahead.

The plodding expansion means lacklustre growth in wages and in personal wealth. Median family incomes have struggled to grow in real terms since the turn of the century, a dispiriting plateau for a nation that likes to see itself as constantly getting richer.

To make matters worse, no one is quite sure what's causing the economy to fall so short of expectations. Economists speculate that it may be aftereffects of the financial crisis, an aging population, a slowdown in technological progress – or something else entirely.

Mr. Trump will no doubt make economic growth a priority. The problem is that it's difficult to propose policies to spur faster growth until we know what's causing the current slowdown.

Slow growth hits particularly hard if you feel the system is already stacked against you. The U.S. has always prided itself on being an upwardly mobile society where anyone can get wealthy and most people are at least middle class. But many Americans no longer believe in that happy fable, and with good reason.

The richest 10 per cent of families now hold more than three-quarters of the nation's wealth. The bottom half of the population controls only 1 per cent. This represents a major shift from the situation in the late 1980s, when the gulf between haves and have-nots was considerably less.

Unlike slow growth, inequality is a problem that could be solved with some simple, obvious tools: Higher taxes on the richest Americans, more funds for education, a stronger social safety net. But there appears to be little appetite for such reforms.

During the campaign, Hillary Clinton proposed heftier taxes on the rich, but Mr. Trump won the day by suggesting that taxes on the wealthiest Americans should not be raised, but cut.

Inequality is particularly glaring when you look at ethnic and racial differences. Barack Obama's election as president in 2008 was supposed to herald a new post-race America, where the colour of one's skin was irrelevant. But someone forgot to tell the job market.

Rather than narrowing in recent years, the income gap between white and black Americans has widened. The Pew Research Center, a think tank in Washington, estimates that the typical white household was eight times wealthier than a typical black household in 2010. Three years later, it was 13 times as rich.

This is simply the amplification of a long-standing trend. The average wealth of white families has grown by 84 per cent over the past 30 years, roughly three times the rate for black families and 1.2 times the pace for the Latino population, according to the Institute for Policy Studies, another Washington-based think tank.

"If average black family wealth continues to grow at the same pace it has over the past three decades, it would take black families 228 years to amass the same amount of wealth white families have today," the institute wrote in a report this summer.

The standard prescription for erasing inequality involves education. But what happens when the all-in cost of a bachelor's degree at an elite private university such as Harvard can top $250,000 over four years? Or when tuition continues to spiral higher even at run-of-the-mill state schools?

One result is higher and higher levels of student debt. Since 2003, student debt in the U.S. has soared sixfold, from $200-billion in 2003 to $1.2-trillion in 2015. It has long since surpassed credit-card debt and now accounts for roughly a third of all the non-mortgage debt amassed by households.

The rising cost of attending university stands as an imposing barrier to young people who want to get ahead. Mounting student debt may also be one cause of slow economic growth since twenty-somethings who are burdened by loans may have to delay marriage, home buying and having children – all events that help spur major purchases.

The question, of course, is how to pay for this. The new president will get back to you on that.

Once upon a time, American politics was a battle for the middle of the road. The two major parties offered different perspectives on the issues of the day, but shared many beliefs in common.

That middle ground is rapidly eroding. Republicans and Democrats are now more divided than at any time in the past two decades, according to surveys conducted by PEW.

Middle-of-the-road voters – those with a mix of liberal and conservative opinions – are becoming rarer: They made up 49 per cent of the electorate in 2004 but only 38 per cent in 2015. In contrast, people with opinions consistently to one extreme of the political spectrum or the other are growing more common. 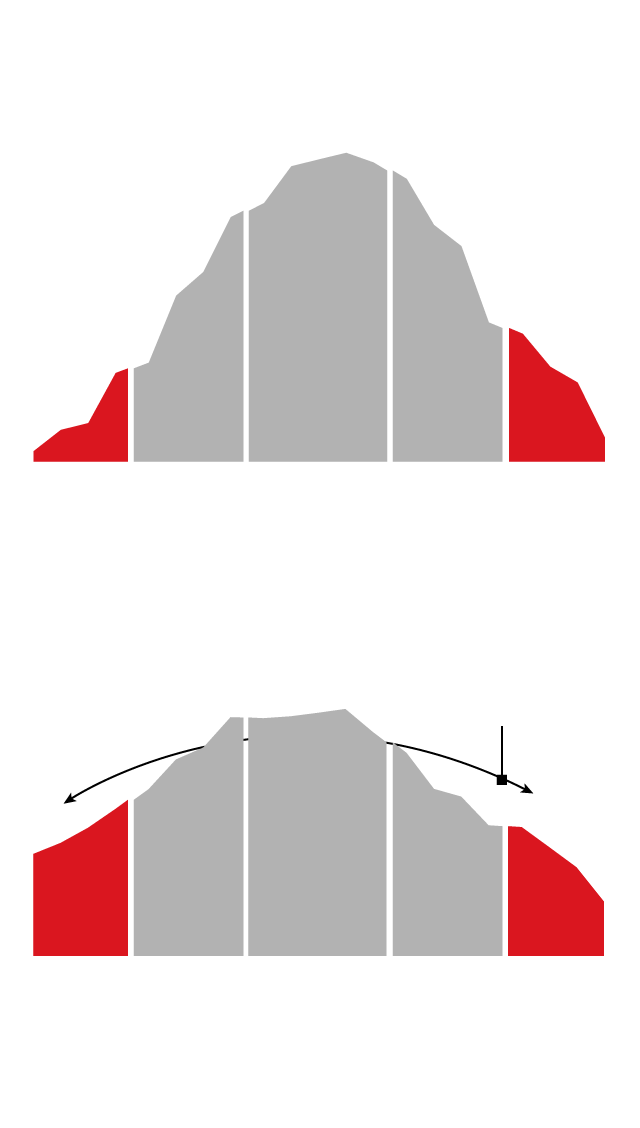 More are now on the left and right, with fewer 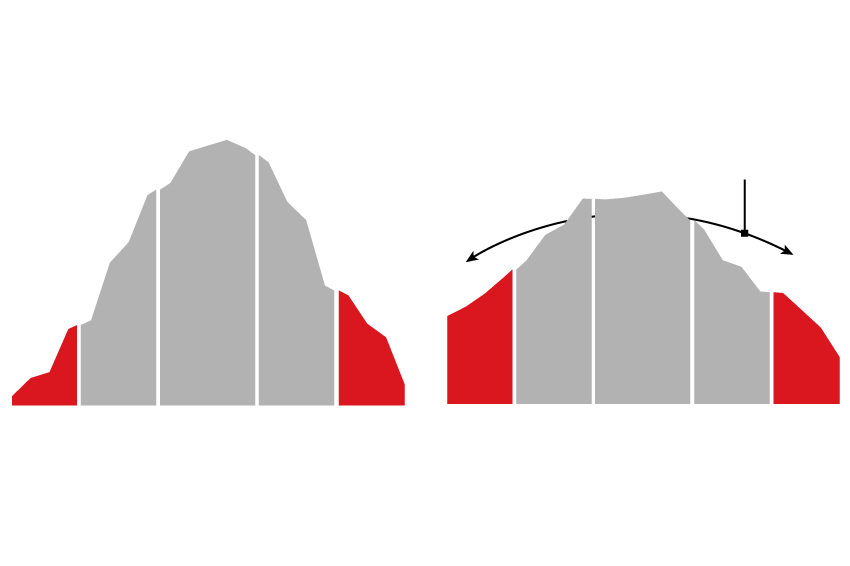 It's possible that this polarization reflects the growth of the Internet and the profusion of cable channels. Both allow people to choose reportage that reinforces their view of the world.

Or maybe it's about how the globalized service economy rewards some people and punishes others. Older, less-educated voters are more likely to be conservative, a position that may reflect the toll that recent years have taken on unionized factory jobs and other traditional roles. In contrast, liberal voters, who tend to be more educated, may have benefited from the move to more service-oriented white-collar jobs.

Whatever the reason, the two parties now appear to occupy alternative realities. Consider a recent Pew poll that asked respondents whether "life for people like you today is worse than it was 50 years ago." Only 19 per cent of Clinton supporters agreed with that downcast viewpoint, but 81 per cent of Trump supporters answered yes, life is worse.

The gulf between the two parties suggests that the new president is going to face fierce opposition to any ambitious program for change. You thought the campaign was bruising? The fighting has only just begun.