The rich are getting richer. That's the conclusion of the World Wealth Report, the landmark annual study of the world's millionaires, which was released this week by RBC Wealth Management and Capgemini Financial Services.

What is particularly striking is that even within this rich group, the very, very rich are doing best of all. The ranks of the ultrarich, whom the report defines as people with investable assets of at least $30-million, surged 11 per cent, an even greater rate than the mere millionaires. This small sliver of the global population – 111,000 people – accounted for 35.2 per cent of the entire wealth of all the world's millionaires taken together.

What are the winner-take-all forces driving this extreme concentration of wealth at the top? One explanation was offered earlier this month by Alan Krueger, the Princeton economist and departing chairman of President Barack Obama's Council of Economic Advisers. Drawing on his own previously published academic work, Mr. Krueger used the economics of what he calls "the rock and roll industry" to illustrate the forces more broadly at work in the world economy.

"We are increasingly becoming a 'winner-take-all' economy, a phenomenon that the music industry has long experienced," Mr. Krueger argued in a speech in Cleveland. "Over recent decades, technological change, globalization and an erosion of the institutions and practices that support shared prosperity in the U.S. have put the middle class under increasing stress. The lucky and the talented – and it is often hard to tell the difference – have been doing better and better, while the vast majority has struggled to keep up."

The classic free-market capitalist answer to this has been, "So what?"

N. Gregory Mankiw, a professor of economics at Harvard University, thoughtfully makes that case in "Defending the One Percent," a paper to appear in the summer issue of the Journal of Economic Perspectives, which will showcase a number of studies on the rise of the global 1 per cent.

Prof. Mankiw begins his argument with a thought experiment, in which an imagined "egalitarian utopia" is disrupted "by an entrepreneur with an idea for a new product."

"Think of the entrepreneur as Steve Jobs as he develops the iPod, J.K. Rowling as she writes her Harry Potter books, or Steven Spielberg as he directs his blockbuster movies. When the entrepreneur's product is introduced, everyone in society wants to buy it. They each part with, say, $100. The transaction is a voluntary exchange, so it must make both the buyer and the seller better off. But because there are many buyers and only one seller, the distribution of economic well-being is now vastly unequal. The new product makes the entrepreneur much richer than everyone else."

Prof. Mankiw argues that this imagined scenario "captures, in an extreme and stylized way, what has happened to U.S. society over the past several decades," and it forms the basis of his self-described defence of the winner-take-all economy.

Of course, as Prof. Mankiw himself realizes, this stylized story of the rise of the 1 per cent presents the group in their most attractive guise. It doesn't include the commodities barons who have become rich by securing control of natural resources, or the bankers who have benefited from the heads-I-win-tails-you-lose deregulation of the financial services industry, or the CEO's who haven't invented anything but have profited from a culture of soaring executive pay.

Yet, even with those caveats, Prof. Mankiw makes an essential point, and one that anyone who is worried about rising income inequality needs to reckon with – many of the ultra-high-net-worth individuals flourishing in today's global economy are admirable entrepreneurs, and we would all be poorer without them.

What, then is the problem? The biggest one, alluded to by Mr. Krueger, is that the rise of the ultrarich isn't occurring in isolation. It is taking place in lockstep with a darker phenomenon – the hollowing out of the global middle class. The 2012-13 Global Wage Report by the International Labour Organization, a UN agency, found a world trend of a decreasing workers' share in the national income. That is true even in China, where wages are rising fast but gross domestic product is growing even more strongly.

What is most worrying is that labour productivity – which used to be the secret sauce for making everyone better off – has a diminished impact on wages. In the United States, according to the ILO, labour productivity in the non-farm business sector has increased about 85 per cent since 1980, while real wages have grown just 35 per cent. Even in Germany, which we often see as a middle-class success story, labour productivity grew by nearly a quarter over the past 20 years, but real wages remained flat.

The second big, bad consequence is declining social mobility. Miles Corak, a Canadian economist whose paper is due to be published alongside Prof. Mankiw's, shows that rising income inequality coincides with declining equality of opportunity. The 1 per cent is very good at passing on its privilege, and those born at the bottom are finding it harder to climb up.

That is the great paradox of today's winner-take-all economy. At its best, it is driven by adopted dropouts like Steve Jobs or struggling single mothers like J.K. Rowling, who come up with something amazing and manage to prosper – and to enrich us all. But the winner-take-all economy will make such breakthroughs for anyone who didn't make the wise choice of being born into the 1 per cent harder and harder in the future, which is why we urgently need to come up with ways to soften its impact.

Winners or losers, we’re all in this troubled economy together
June 13, 2013 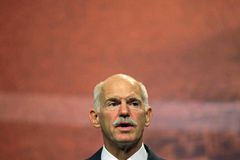 The perils of authoritarian overreaction
June 6, 2013 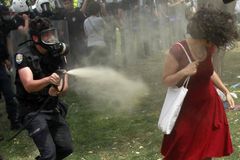 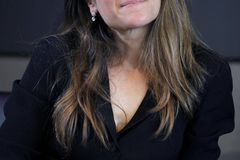 The danger of blindly trusting the technocrats
May 23, 2013 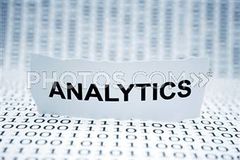