Crowdfunding is a popular method used by startups to acquire financial backing for a company or even specific product, but it is not often thought of as a tool for established businesses.

Is crowdfunding just for startups?

Daryl Hatton: Not at all. Crowdfunding helps a lot of successful startups, but it's not at all required that it be a startup. We're seeing lots of new applications from local businesses that have been there a while, but want to launch a new product or service, or from enterprises that are looking at it to help them validate whether or not there's a market for a new product that they're interested in.

Craig Asano: Crowdfunding is not at all just for startups. Whether you're an individual, a small company or a big company, for-profit venture or not-for-profit, you take a look at the marketplace locally here in Canada and there have been successes in crowdfunding, but it's been across the board. So it's really an organization seeking to tap into the power of that crowd. Funding for the ideas is one major part, but it's also this idea of social capital and networking.

What models of crowdfunding are available to established businesses now, and coming up?

DH: There are a couple of different models, but let's start with the first one, which is the all-or-nothing funding model, where you set a goal and only if you achieve that goal do you actually receive the funds. You can use that model to test whether your product is interesting to a marketplace. By allowing people to order a copy of the product ahead of it actually being produced, if you get enough orders you say, 'Okay, there's enough demand,' and will actually go and create the product. So large companies started to experiment with that, including companies like IBM. They were running internal programs where they were crowdfunding within the company to see which kinds of products would most likely succeed based on the responses of staff.

There's another model that's starting to come out and it's related to marketing a company, as opposed to product development. That's the idea of taking the corporate social responsibility program project, where they're putting money back into their community and turning that into a customer acquisition system. For example, if someone made a donation to a cause that was supported by the corporation, the corporation might give them a copy of the product in order to help increase the value of the donation. I know that sounds a little complicated, but imagine for a minute that you were going to give money to a local hospital and, in exchange for your donation, you got [an Internet] TV package from [a telecommunications company]. The cause gets some money, [the telecom] gets a customer and they've used corporate social responsibility methods to help build the brand in their community.

CA: There are two other points: The first one is using crowdfunding as a feeder system to acquire new innovation. While enterprise companies have research-and-development divisions, they are more expensive to operate and aren't structured like startups, where grassroots innovation can happen in unexpected ways, sometimes from a tiny basement apartment. Enterprise companies, which source new innovations from these dynamic markets, benefit by acquiring early-stage technologies at a great price. I think it's an interesting trend. Google is a good example of a large company using 'intrapreneurship' to crowdsource innovation from their employees. Google encourages employees to spend one day a week, or approximately 20 per cent of their work day, focusing on developing their own ideas, which is like running their own startup. If they come up with a brilliant idea, Google has the right to participate and owns a portion of the intellectual property, but as a model, I think it's an amazing approach to how large enterprises can crowdsource innovation.

Another example is General Mills, a large consumer packaged-food company in a partnership with a U.S. equity crowdfunder called CircleUp. And basically the deal is, if someone comes up with new consumer packaged good, like a new cookie, a new peanut butter, something that's a breakthrough campaign that's seemingly a new idea and people support it, that through the partnership General Mills has an opportunity to reach out to the company and purchase it. And I think those are two angles – which involve system acquiring innovation – that may be cheaper or just a different channel to try marketing.

Does crowdfunding run the risk of tipping your hand to the competition and letting them know what ideas you have?DH: This is a classic entrepreneur's dilemma about how much do you share about what you're doing. Ideas are a dime a dozen; it's the execution of an idea that makes it work or not. A lot of times people think they have a very unique idea and when they go to look, they'll find that it's not uncommon at all. So a lot of times for a company, the point is to get the feedback from the market as soon as possible and use that to tune the product and execute the delivery of it for the customer faster than the competition, as opposed to trying to keep it all secret by locking the product away because you don't have that feedback. I think the risk is relatively low, as long as you're actually after what you're trying to do and not just floating the idea.

CA: I agree with Darryl that there are two sides to this. We talk to companies all the time that believe they have an incredible, very rare secret idea and are nervous of the market. In those cases we'd try and advise them: If you really believe you've got a secret, then you've got to do your own due diligence before you go public because you will be exposing your ideas. But if you go to an actual property lawyer, they would take the necessary precautions. But with crowdsourcing, if you have a larger crowd and you have that feedback channel, you're actually strengthening that idea, you're not going to have those setbacks.

DH: And one of the things that we try and tell our members when they're looking at a campaign is to tell the market what you're going to do, meaning the benefits of it, as opposed to how you'll do it, which is your secret thoughts. The thing you want to master is having a private offline conversation about the mechanics of how it's done if someone doesn't believe you or if they're concerned about it. But for the most part people are thinking more about the benefit rather than the mechanism and focusing on that aspect keeps it safer.

Seniors stick around, millennials need jobs: What should companies do?
July 17, 2014 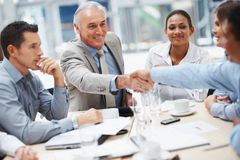 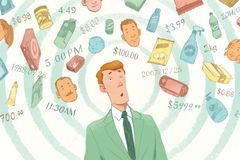 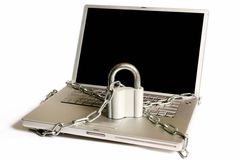 Innovation: If you can’t make yourself obsolete, someone else will
June 26, 2014 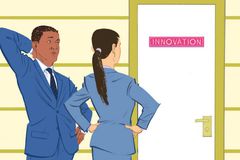 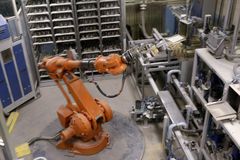 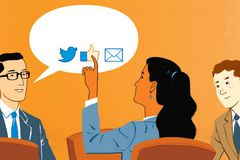 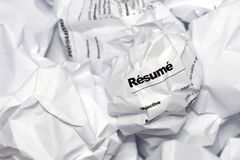 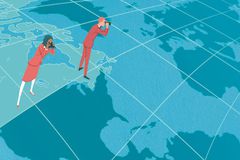