For a few days in May, Canadians engaged in a desultory debate about the dole, which can be defined as the portion of an Employment Insurance cheque that exceeds a worker's own premiums. Financed either by other workers, by employers or by the state itself, the dole is a straightforward welfare program.

The Conservative government has introduced rule changes that could te nd, over time, to induce people on the dole to work more – a laudable objective. Predictably, the opposition parties dissented – implicitly championing a dole that does not induce more work. Here the government and the opposition appeared to square off about the merits of the dole as social policy. In fact, they squared off on the industriousness of the country.

You can track government programs by economic cost and consequence. You can also track them by moral cost and consequence. The latter was once the more important of these considerations. In the 19th century and well into the 20th century, the New World embodied the word "industry" – meaning not a category of commerce but a virtue of hard-working people.

This moral perspective on the worth of work had practical consequences. Writing in the 1830s, Francis Grund, a German observer of the U.S. economy, could pen this comment: "No country in the world has such a small number of persons supported at the public expense." Mr. Grund erred only in ignoring pre-Confederation Canada – which shared the virtuous American obsession with work.

This brings us full circle to noted U.S. political scientist Charles Murray, the Harvard- and MIT-educated scholar whose most recent book, Coming Apart, argues that a U.S. economic, political and cultural renaissance awaits a revival of American "founding principles" – foremost among them, industriousness. "If just one American virtue may be said to be definitive," he says, "industriousness is probably it."

Coming Apart abounds with statistical analysis of the erosion of these founding principles, most particularly since the early 1960s when traditional values, in what once amounted to a civil religion, began a prolonged period of disintegration. In encyclopedic detail, Mr. Murray documents the U.S. decline in industry – creating a country that tolerates, abets and rewards different kinds of idleness.

He assumes that the modern welfare state will collapse within the next decade or so. It will do so primarily, he says, because it can be sustained only by successively higher debt. However, it will also do so because the 20th century swap of economic freedom for economic security will ultimately prove illusory. "Separated from the moral discipline of work, he writes, people "cannot lead satisfying lives."

By his analysis, the impossible economics of the welfare state will soon become apparent to everyone. "Most Americans have enough income now," Mr. Murray asserts, "that the entire welfare state could be dismantled tomorrow and people would be fine."

In the richest economy on Earth, governments distribute $2-trillion (U.S.) in transfer payments to people who, for the most part, don't need the help. Poverty once meant not having food to eat. Now, it means having less – in some cases, a little less – than people who are relatively well off.

By U.S. Census Bureau measurement, poverty soared in the country in 2009 and 2010 (to 43.6 million people). But the Census Bureau assumes, perversely, that higher social welfare spending payments document the need for higher spending – that the extension of the dole proved the need for it. In this sense, stimulus programs pulled many people into poverty. (The U.S. poverty line is family income of $22,000 a year – not counting food stamps or tax credits.)

Mr. Murray advocates a return to the old-fashioned notion of "seemliness" as a way to measure society's comfort level with excess. He makes a good point. Unseemliness is not an ideological abstraction. It expresses a people's common sense. For Mr. Murray, unseemliness is television producer Aaron Spelling's decision to build a house of 56,500 square feet and 123 rooms, the misogyny of rock and rap music, the common use in public conversation of four-letter words, the "hooker look" in fashion, and the ubiquitous tattoos of the American proletariat, all of which, he argues, document the hollowed-out soul of the cultural and political elite.

If so, the dole – the deeply entrenched practice of paying people not to work – is perhaps the most definitive unseemliness of them all. 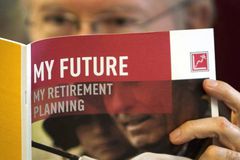 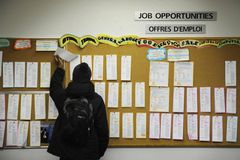