Top policy makers at the U.S. Federal Reserve felt for most of 2007 that problems in housing and banking were isolated and unlikely to tear down the economy as they ultimately did.

Even as crisis signals started flashing red with the freezing of credit markets during the summer, Fed officials believed the troubles would be moderate and short-lived, according to transcripts of the 2007 meetings released on Friday with a customary five-year lag.

U.S. Treasury Secretary Timothy Geithner, then president of the New York Federal Reserve Bank, said during an emergency telephone call on Aug. 10 of that year that most of Wall Street was still doing fine.

"We have no indication that the major, more diversified institutions are facing any funding pressure," Mr. Geithner said. "In fact, some of them report what we classically see in a context like this, which is that money is flowing to them."

"I do not expect insolvency or near insolvency among major financial institutions," he said in December, 2007.

By then, the Fed had already launched emergency liquidity measures and begun cutting interest rates, which by December of 2008 would be brought all the way down to effectively zero.

William Dudley, who replaced Mr. Geithner as head of the New York Fed, but at the time headed its market operations desk, cited Washington Mutual and Countrywide – two firms that eventually collapsed – as trouble spots during the August phone call.

After the call, in an effort to calm financial markets, the Fed announced that it was prepared to provide liquidity, marking the start of the Fed's crisis response.

Earlier in 2007, the Fed had been sailing head on into the financial crisis apparently unaware of what was about to happen.

The year started off with officials citing inflation risks that led the Fed's policy committee to maintain a bias for tighter monetary conditions – a signal they were more likely to raise interest rates than lower them – as late as August when the crisis began to emerge.

By May, housing and growing stress in the subprime mortgage market had emerged as the economy's biggest threat.

While policy makers were split on whether home prices would ultimately stabilize or decline, the general mood was that it would pull through without much pain.

"Housing remains weak, and it is the greatest source of downside risk. Whether the demand for housing has stabilized remains difficult to judge, in part because of subprime issues," Mr. Bernanke said.

The Fed began an unprecedented monetary easing campaign in August, 2007, but failed to fully appreciate the magnitude of the problem, arguably until a year later, when the failure of Lehman Brothers accelerated the financial meltdown.

As global trade flows collapsed in the fall of 2008, central bank officials began to see just how deep the macroeconomic damage was. That realization prompted Mr. Bernanke to test some of the unconventional recession-fighting tools he touted as an academic and student of the Great Depression, including the asset purchases that are now a key policy tool.

Not only did the Fed chop benchmark interest rates to near zero, it eventually purchased more than $2-trillion (U.S.) in mortgage and Treasury securities in an effort to bring down long-term borrowing costs as well.

Last month, the Fed decided to extend its bond-buying stimulus at a monthly pace of $85-billion. But with the U.S. economy recovering, albeit too slowly to make substantial progress on unemployment, there are growing doubts within the central bank about the efficacy and possible risks of unorthodox monetary 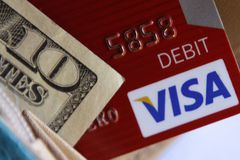 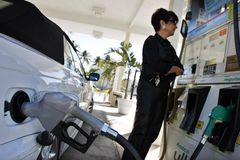