Why forecasting Canada's jobs report is so difficult

Every month, notable economists estimate the change in employment. Take your best shot at beating them. (Spoiler: You'll beat them – maybe even on the first try)

Canada's jobs report is among the most anticipated releases on the economic calendar, holding the power to move markets and inspire tough questions for elected officials.

It's also incredibly difficult to forecast.

Every month, several economists estimate the nation's jobless rate and the net change in employment, key figures in Statistics Canada's Labour Force Survey. And at first glance, they appear to have a lousy record of forecasting the second measure.

Let's take a look at March of this year.

Twenty-one economists were surveyed by Bloomberg on that month's figures. The median estimate was a net gain of 10,000 positions for the month, with a low forecast of no change in employment and a high of 25,000 jobs added.

For the economists, this is a fairly typical outcome.

Since 2000, the net change in employment has fallen outside the range of economist estimates 54 per cent of the time.

In fact, there's a good chance you can out-forecast the forecasters. Yes, you.

Take your best shot at guessing the monthly change in employment. If you don’t succeed at first, keep trying: we guarantee you’ll eventually beat the economists. Below you’ll find 11 consecutive months of net changes in employment from a random period between 2000 and now. Make your prediction for the 12th month.

Use your mouse or finger to drag the 12th bar up or down until you’re happy with your guess. We’ve provided the range of economist estimates to get you started.

Your guess was . Statscan’s figure was .

Your estimate was closer than economists.

Congratulations: You probably just beat some economists at their own game.

The bad news: This doesn't mean you're a better prognosticator.

It turns out, the economists' forecasting record is not an indictment of their abilities, and to understand why, it's imperative to know what Statscan is reporting every month.

There's a simple explanation for why the monthly jobs-change figure is so difficult to predict:

"Because it's the result of a poll," says Avery Shenfeld, chief economist at CIBC Capital Markets.

What Statscan releases is not the actual change in employment.

Rather, the figure is an estimate, adjusted for seasonal factors, with a sizable sampling error. It can also be volatile, often swinging from positive to negative and vice versa. Here's what the result looks like over time: 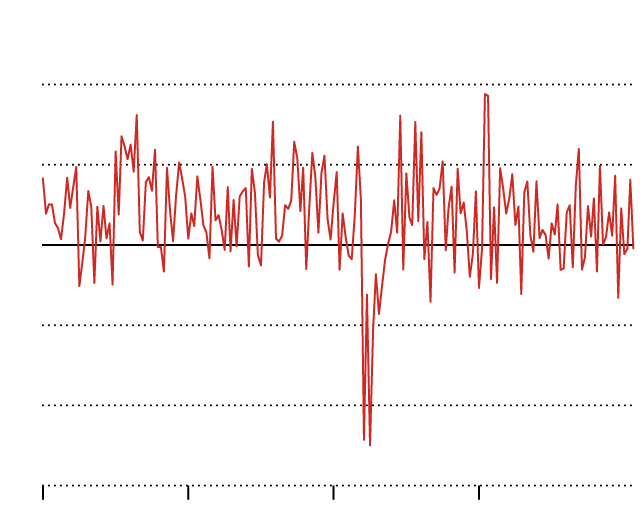 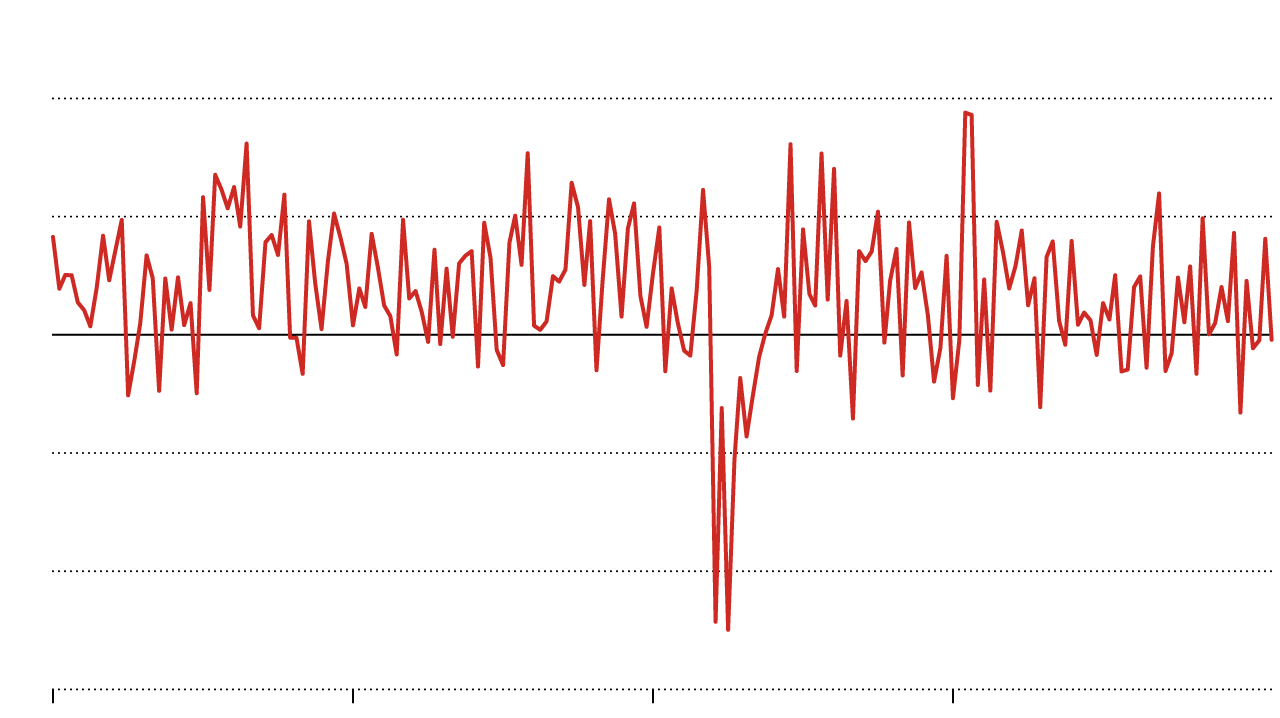 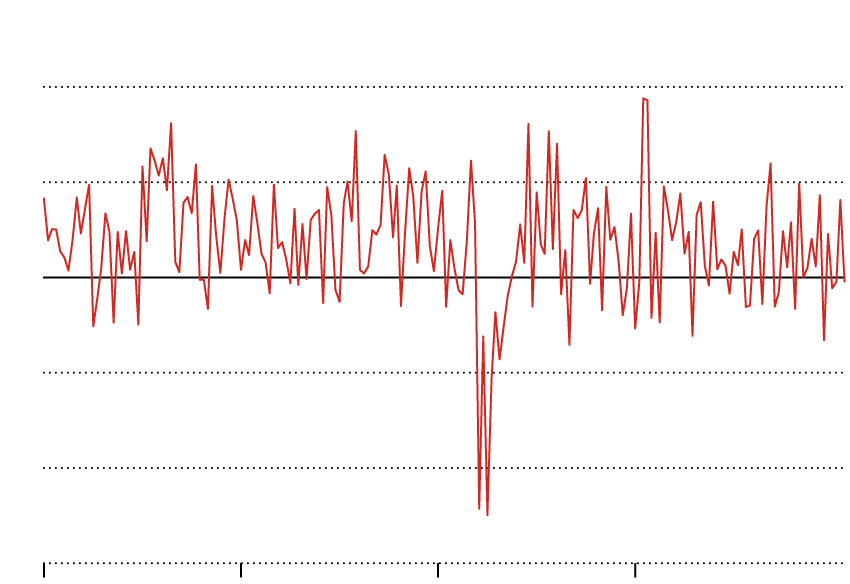 THE GLOBE AND MAIL SOURCE: STATSCAN

For these reasons, the monthly figure is really tough to pin down.

So if you beat the economists, you got lucky. (Or, you figured out that placing your guess within the economist range guaranteed you'd beat at least one forecaster.)

To produce the jobs report, Statscan conducts a survey of roughly 56,000 households – a sliver of the population. The results are subject to sampling error, or a standard error.

Let's look again at March. The economy churned out a net gain of 40,600 positions that month, and the standard error associated with the monthly change was 29,500.

With that in mind, here's another way of describing the month:

The fact is, month-to-month fluctuations in the jobs report come with a big asterisk.

But that's not to suggest Labour Force Survey results are useless.

"More statistically precise inferences about the pace of employment growth can be obtained by combining information from several consecutive months," Statscan explains. "[T]he standard errors associated with the difference in the average monthly change in employment calculated over periods of three, six and 12 months are smaller than the standard error based solely on the current and previous reference months."

For instance, here's what the monthly jobs-change figure looks like versus a moving average: 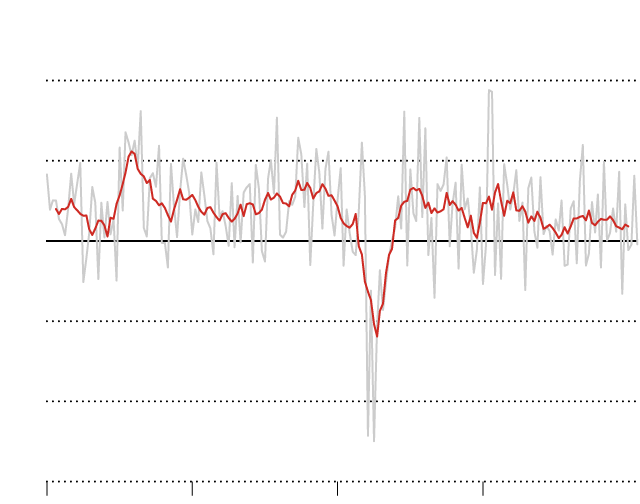 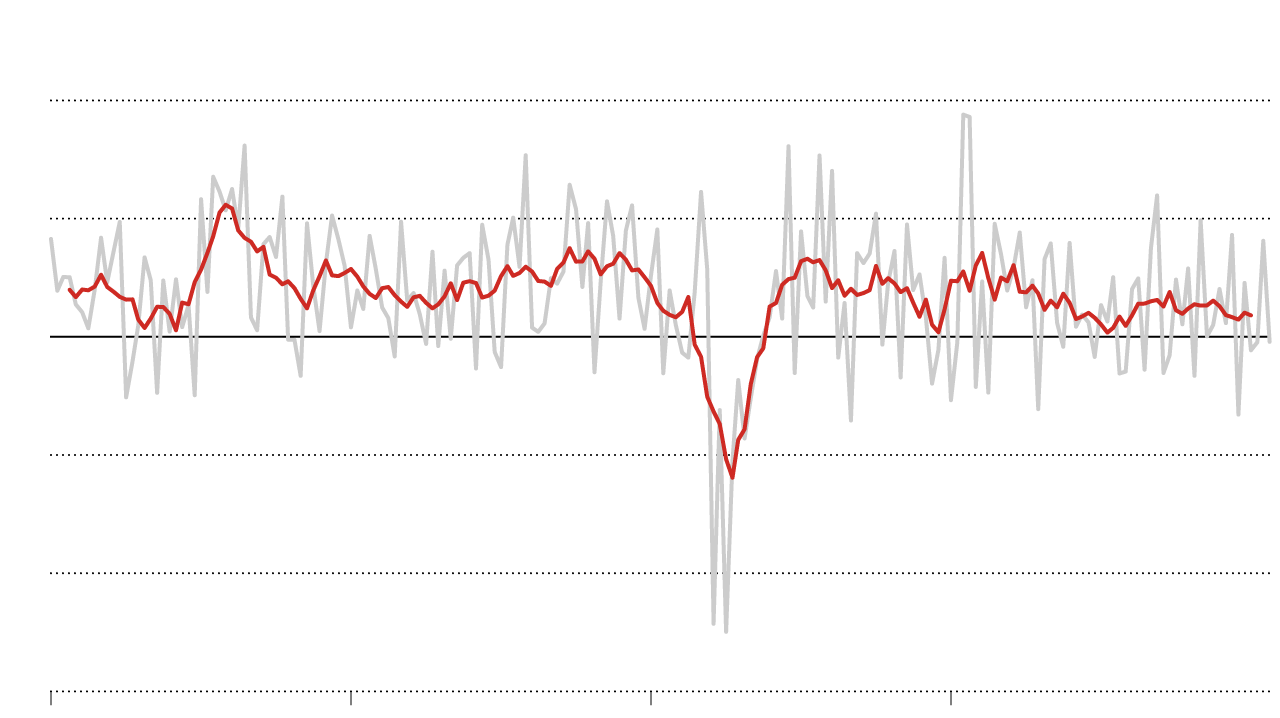 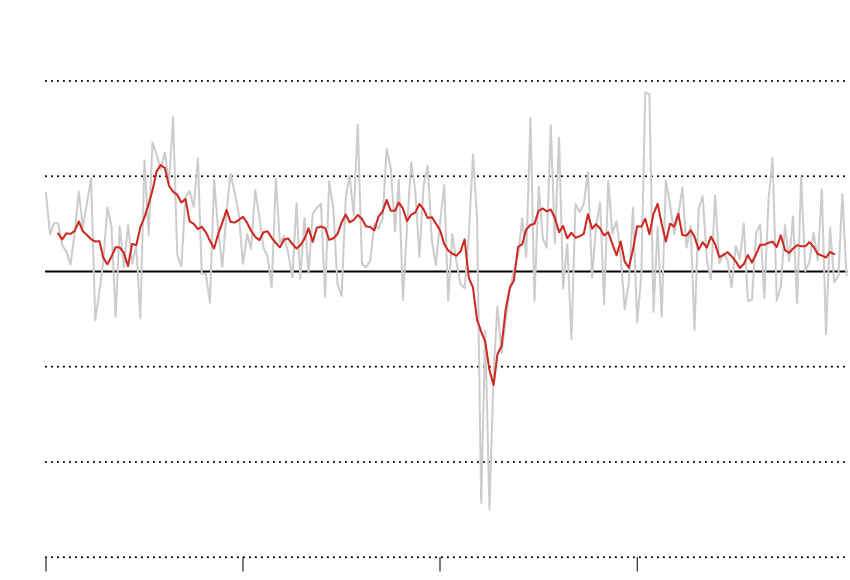 THE GLOBE AND MAIL SOURCE: STATSCAN

The Labour Force Survey is not the sole measure of Canada's labour landscape, either.

Statscan's monthly Employment Insurance report looks at the number of Canadians receiving EI benefits, among other things. A big plus: it's not subject to sampling variability.

There's also the Survey of Employment, Payrolls and Hours, a monthly report whose results are widely considered more reliable than those of the Labour Force Survey.

But the jobs report gobbles up the attention, in large part because it's released just days after the month in question has ended, unlike other labour releases.

As such, there's a trade-off between timely data and more reliable data, says Mike Moffatt, an economics professor at Western University.

"And for whatever reason, as a society, we prefer the fast data rather than the good data," he says.

So why are economists taking a stab at the fast, noisy data?

"Investors want to have a view on what an economist thinks the next number might look like. We publish it, but don't place a lot of confidence in our ability to do this, and generally advise those we talk to not to put a lot of money behind any one of these forecasts."

Is there any hope of generating more accurate forecasts?

Douglas Porter, chief economist at BMO Nesbitt Burns, says "many have tried to come up with a better mousetrap in terms of estimating the Canadian employment numbers.

"But … getting that fine-tuned, as far as I'm aware, is impossible."

Note: The second chart features a seven-month moving average, using the three estimates immediately before and after the present result, as a means of visually eliminating a lag.

Source data for interactive are from Bloomberg