For decades, the IMF, World Bank and OECD have helped steer the global economy. And they've done it largely without women.

Christine Lagarde's rise to the top post of a global economic institution has catapulted her into a job no woman has done before, and highlights the maleness of the circle of senior officials at the agencies and central banks guiding the global economy.

The dearth of women in senior roles reflects a glaring absence of women at all levels of the economics field. While women are making professional strides in other academic fields, change has been much slower in the dismal science. From Bay Street to the Bank of England, women are still far less likely to become tenured professors in economics, chief economists or heads of large think tanks.

At Canadian universities, only 8.3 per cent of full professors in economics are women – the lowest portion of any social science. That number is 10.7 per cent in the U.S. At the Bank of Canada, five of six members of the governing council are men while the Bank of England has no women on its monetary policy committee.

In Ottawa, no woman has ever risen higher than associate deputy minister at the Finance Department, the rung below the top bureaucratic job in the government's premier ministry for economic policy. Louise Levonian, a Queen's University graduate and a 15-year department veteran, is an associate deputy minister, sitting third on the depth chart behind Deputy Minister Michael Horgan, and Paul Rochon, who is Canada's chief negotiator at the Group of Seven and the Group of 20. But of 16 senior policy positions at the department, only four are filled by women.

The scarcity is even more stark in the private sector.

Finance Minister Jim Flaherty regularly consults with private-sector economists to garner insights on the economy. Eleven of the 12 economists at his last meeting were men (Sheryl King, head of Canadian economics for Merrill Lynch, was the exception).

Globally, before Ms. Lagarde, who is a lawyer, not an economist, no woman has ever led the IMF, the World Bank or the OECD.

Some of the reasons are straightforward – it can take 65-hour weeks to be a chief economist, or endless late nights to become a full-time professor – while other factors turning women off economics are more complex.

The lack of women in academic economics is an issue not just for the women who aren't advancing; it also impoverishes the research and work produced. "A lot of social problems aren't being analyzed to the extent they would be, or paid attention to, to the extent they might be," says Barbara Fraumeni, chair of the American Economic Association's committee on the status of women in the economics profession.

Women tend to pursue different areas of economics than men, in areas that help shape social policy such as health, education, labour and international development. A list of current research posted on the Canadian Women Economists Network website includes income inequality among seniors, kindergarten subsidies, the institution of marriage and the informal sector.

The lack of women is only one of the problems plaguing economics, which has been viewed with greater public skepticism amid the financial crisis and ensuing rockiness in the global economy.

"One could argue that female economists have questioned some of the basic assumptions of economics and they have certainly pioneered research on different, formerly under-researched, topics," says Debra Barbezat, an economics professor at Colby College in Maine.

Beata Caranci chose economics at university because she liked how it helped make sense of the world. She is now TD's deputy chief economist, where she covers the rather broad topics of the U.S. and global economies. But she also pursues social issues – such as the impact of motherhood on women's careers. "I'll continue to do research along that vein," she says.

While young women are forging ahead in graduating with all kinds of social sciences degrees, a minority are opting for economics. In the U.S., the share of undergrad degrees in economics given to women, at 30 per cent, has grown only slightly in the past two decades. In Canada, the share of women who are Masters students is 39 per cent – but that ebbs to 26.9 per cent of full-time PhD students at the advanced stage.

Several theories explore why: The myth that men are better at math, a lack of role models, and course material that fails to make economics sound interesting.

The scarcity of women in university economics faculties also makes it harder for women to rise through the ranks of global institutions and central banks, since these jobs are fed in large part by academia.

Beyond (and including) academia, family commitments help explain why some women discard top-ranking careers. Craig Alexander, chief economist at Toronto-Dominion Bank, says he works on average 65 hours a week, and sometimes as much as 80 hours in a heavy week of travel. Ms. Cooper, at BMO, works at least 60 hours plus nights and weekends while on the road.

To be sure, there are some prominent and accomplished women in the field.

Janet Yellen is the No. 2 at the U.S. Federal Reserve Board, making her one of the Fed's most influential policy makers. Christina Romer led U.S. President Barack Obama's Council of Economic Advisers during the financial crisis before returning to the University of California, Berkley last year.

Ms. Lagarde's appointment is significant because it shows young women entering economics how far they can climb, professors say. It also turns the field into something they can better relate to.

Change might be glacial, but there is progress, says Frances Woolley, economics professor at Carleton University. High-profile female speakers are addressing audiences, more women are blogging and the numbers of female academics appointed in economics departments has surged in the last four years. These women "really push people's conventional ideas about what economics is, and what economists do," she says. "And that's terrific." 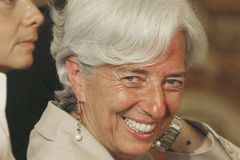 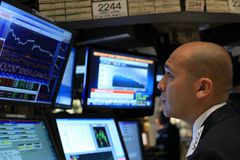 Follow Tavia Grant and Kevin Carmichael on Twitter @taviagrant @CarmichaelKevin
Report an error Editorial code of conduct
Due to technical reasons, we have temporarily removed commenting from our articles. We hope to have this fixed soon. Thank you for your patience. If you are looking to give feedback on our new site, please send it along to feedback@globeandmail.com. If you want to write a letter to the editor, please forward to letters@globeandmail.com.
Comments