Add another notch to the right side of the V.

The Canadian economy is roaring ahead, leaving economists and policy makers scrambling to keep up.

The country's gross domestic product expanded at its fastest pace in three years, fuelled by growth in many sectors, signalling that a recovery ignited by stimulus spending and record low interest rates has taken hold.

The growth of 0.6 per cent in the first month of the year is surprising enough that it is forcing even the most optimist forecasters to recalibrate their views on the recovery. The strong showing also adds to a growing expectation that the Bank of Canada will raise interest rates by July, if not earlier, ending a stretch of historically low rates.

With January's growth, the Canadian economy has now posted five straight months of expansion and has nearly caught up to the level it was running at before the downturn, just 1.2 per cent below prerecession activity.

Some economists insist the economy will cool later this year as interest rates rise.

For now, though, they've been caught off guard by the economy's strength. The Bank of Canada's forecast for the fourth quarter proved too conservative and its outlook for first quarter is also likely to fall short.

Activity is quickening in everything from chemical factories and potash plants to furniture stores and railway operators. Notably, both the manufacturing and construction sectors expanded by nearly 2 per cent in January, the first month since the recession where the sectors have posted substantial gains.

"Everything we've been hearing about the Canadian economy jibes, and it's all telling us the same story. The recovery is becoming entrenched," said Toronto-Dominion Bank deputy chief economist Craig Alexander.

It's the latest in a string of reports that have caught economists and Bank of Canada officials by surprise. Bank of Montreal boosted its forecast yesterday for the second time in two weeks, and TD said first-quarter growth now looks to be around 5 per cent. That would match the fourth quarter's pace, which was the fastest since 2000, rather than the 4 per cent TD had figured previously.

It's not just number-crunchers who have been astonished at the bounce. Some companies, too, have been caught scrambling to meet a return of demand.

"Demand is stronger than we ever expected," said Craig McIntosh, chief executive of Winnipeg-based Acrylon Plastics Inc., which makes window frames for the housing market. "We were expecting things would drop off after the end of the home renovation tax credit [on Jan. 31] But they continue to be strong, with orders right into the summer."

He's adding Saturday shifts and boosting worker hours as a result, and has abandoned earlier plans for layoffs and reduced work weeks.

Factories, the most battered sector in the recession, are leading the climb out, a pattern that echoes previous economic cycles. Manufacturing grew 1.9 per cent in January, with gains in 17 of 21 industries.

Most of these industries are coming back to life after extremely sharp declines last year - though "in almost all instances, they remain well below their pre-recession levels," said Philip Cross, Statscan's chief of current economic analysis.

Factories are especially quick to ramp up now because they heavily drew down on inventories through the recession, he added. "Any pickup in demand is going to require some increase in output. The shelves are pretty bare in the manufacturing sector."

Recent announcements highlight some improvement in the automotive sector. Honda Canada Inc. and General Motors of Canada Ltd. are both recalling workers, which combined with Toyota's hiring amount to about 2,000 jobs this year.

The economy's vigour is welcome news, though economists caution the pace won't last through the second half of the year.

"It's looking good right now, but it's certainly not sustainable," said Krishen Rangasamy, economist at Canadian Imperial Bank of Commerce, a view shared by TD economists.

There are several factors that are set to moderate growth later this year, he says. Interest rates are set to rise this summer, driving up borrowing costs and dampening consumer spending and the housing market. As fiscal stimulus fades in the U.S., demand there will taper off, slowing Canadian exports. Employment will continue to lag. And the effect of the strong Canadian dollar will start to sting exporters.

But Mr. McIntosh, in Winnipeg, is feeling buoyant. Demand is growing not just for windows, but in other segments such as farm machinery and intercity buses. Growth in Canada is outstripping the U.S., but even south of the border "our customers have more confidence placing orders."

Productivity has surged, partly because more workers stayed put in their jobs. That meant less time was needed to recruit and train new hires, and combined with more efficiencies at the company's five plants, productivity has improved by about 25 per cent on some shop floors.

As a result, he doesn't anticipate a rash of new hiring. "We really don't want to lose improvements in productivity. Hiring lots of people just really hurts our ability to produce stuff, because we have to slow down and train the new people. So we're doing that very slowly." 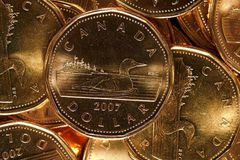 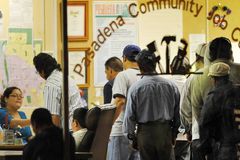 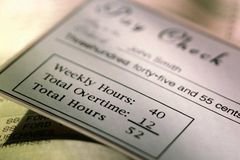 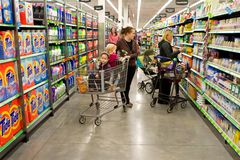 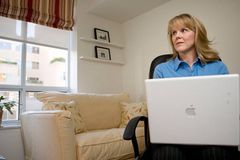 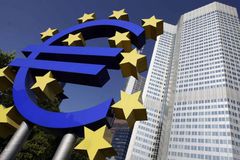 Many struggle to afford their homes
March 30, 2010 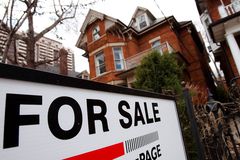