A trillion dollars has gone missing in the United States.

That enormous sum is the difference between the Bank of Canada's current estimate of how big U.S. gross domestic product will be in 2015 and what the central bank projected four years ago, before the collapse of Lehman Brothers Holdings Inc. brought the world economy to its knees in September, 2008.

"Even in this room, that's a big number," Bank of Canada Governor Mark Carney quipped in front of a high-powered audience in Calgary on Friday.

The U.S. recession technically ended in June, 2009. But the prosperity of the previous decade and a half has not returned, as anemic growth fails to achieve what economists call "escape velocity." After economies plunge into a downturn, they generally snap back relatively quickly. That's what happened after the tech bust in 2000 and the shock from the Sept. 11 attacks in 2001.

But this time has been different. The reason: debt. Americans amassed so much of it before the crisis that it's taking years to pay it off. The situation is made worse by the deterioration of the housing market, which typically leads economies out of recession. Governments can do little more to help because their debts now exceed those of their citizens. Faced with this grim picture, businesses are piling up cash, unwilling to invest and hire significantly until they see surer signs that conditions are returning to normal.

Normal – if that means the 15-year boom that preceded the financial crisis of 2008 – may never return. "The most likely scenario is that we are stuck in low gear," says John Allison, the former chief executive officer of BB&T Corp., America's 13th-biggest bank by assets, and a distinguished professor at Wake Forest University's business school.

The Lehman collapse, four years ago next week, represents many things. For millions of retirees, it was the moment their nest eggs were crushed. It exposed the emptiness of the conceit that a big, modern financial institution simply could be allowed to fail without serious consequences. The chief executive who ran Lehman Brothers into the ground, Dick Fuld, is now the personification of both Wall Street hubris and the injustice of America's income inequality.

Four years of hindsight makes this much clear: Lehman's demise was the crashing sound that awoke the world from a fantasy.

The rapid growth over the 1990s and 2000s was driven by what C.D. Howe Institute economist John Curtis calls a "perfect storm" of once-in-a-lifetime factors that exaggerated the global economy's underlying potential.

The U.S. expansion was fuelled by the biggest of housing bubbles. Europe was lulled into the false belief that countries as disparate as Germany and Greece could co-exist in a currency union without rigid commitments to restrain budget deficits and share wealth. The notion that China, Brazil and other big emerging-market economies could power the global economy on their own ignored the economic law that the bigger an economy gets, the harder it becomes to maintain hyper-fast growth rates.

Any expectation of a return to the "good old days of 2004-2007" is folly, says Darcy Briggs, who helps manage $4-billion in fixed-income assets at Franklin Templeton Investments in Calgary. "I don't believe those days are coming back," he says. "This might be what normal looks like."

THE HARD PATH TO RECOVERY

Despite hundreds of billions in fiscal stimulus and extraordinary efforts by the U.S. Federal Reserve, American economic output is about 6 per cent lower than the country's potential, according to the Washington-based Center on Budget and Policy Priorities. The median national home price still is about 30 per cent below the peak in 2006. Unemployment is 8.1 per cent compared with 4.7 per cent at the same point in 2007. The U.S. federal debt is about 73 per cent of GDP and growing – double the level five years ago.

The Bank of Canada predicted in July that world GDP would expand 3.1 per cent in 2013, compared with a previous estimate of 3.4 per cent. That's better than 2009, when the global economy contracted, but poor against 2007's mark of 5.3 per cent.

History warned that the recovery from the Great Recession could be like this.

Economists Carmen Reinhart and Kenneth Rogoff compiled data on every financial crisis they could find going back to the 14th century. The conclusion of their ground-breaking research: Little can be done to coax households to spend after they've watched considerable wealth vanish before their eyes. The U.S. savings rate is now above 4 per cent, compared with zero ahead of the recession. That suggests a new era of American prudence that could lower the risk of another financial crisis. But that's money that isn't buying stuff at home or from abroad. Consumption accounts for some 70 per cent of U.S. GDP, and the U.S. constitutes 20 per cent of the global economy.

"The U.S. recovery is following the same dreary path of other advanced economies that have experienced financial crises," Mr. Carney said in his Calgary speech.

The situation is not entirely hopeless. Treading water is better than sinking. The European Central Bank this week unveiled a new program to ease the region's debt crisis, and the Federal Reserve is expected to take new stimulus measures next week. Monetary policy may have lost its power to propel, but it should keep economies afloat. Stock markets generally are stronger this year. The biggest corporations are piling up record levels of cash.

The global economy's trajectory over the next months will be determined by politicians.

In Europe, leaders could restore confidence by finally ending the debt crisis. In Washington, lawmakers and whoever wins the November presidential elections must avoid the crush of tax increases and spending cuts scheduled for 2013. But they must also set a course to restrain the growth of the debt, which is hurting business confidence and one of the reasons corporations aren't spending their profits.

"If we don't significantly change direction, the U.S. goes bankrupt in 20, 25 years," says Wake Forest professor Mr. Allison, whose book on the recession, The Financial Crisis and the Free Market Cure, is scheduled for release later this month.

Mr. Allison says a plan, even an unpopular one, would clear the way for investment. But he is skeptical that the political will exists to restrain the debt. And even if U.S. business investment and hiring does pick up, it likely won't be at the pace to which the world became accustomed over the past couple of decades. "Nobody I know thinks those days are coming back," he says. "They recognize those days are gone. Now it will be more of a classic fiscal response, real work, real reward."

For now, the global economy is in a holding pattern amid fears it could get worse.

FedEx Corp., the world's largest air cargo shipper by revenue, surprised investors this week with an unscheduled statement that said earnings would be lower in the most recent quarter than previous estimates. FedEx, considered a proxy for the health of global trade, blamed a sharp drop in manufacturing. A gauge of U.S. factory production this week showed production and new orders fell to their lowest levels in more than three years in August. HSBC's index of Chinese manufacturing, based on surveys of purchasing managers, dropped to 47.6 in July from 49.3 in June, the steepest drop since March, 2009.

"The picture isn't very good right now," says Malcolm Knight, a New York-based adviser at Deutsche Bank AG and a former senior deputy governor at the Bank of Canada. "If China has a hard landing, all bets are off." 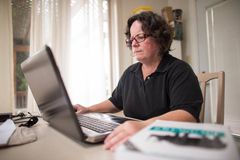 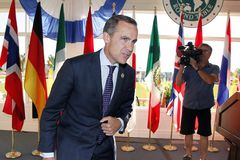 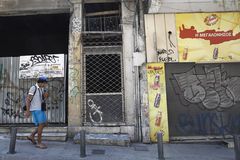 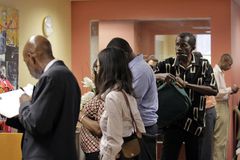 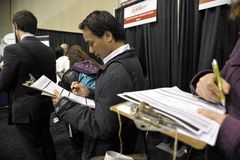 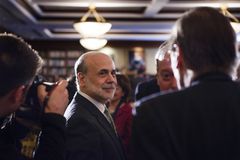 Where the jobs are, by province and cities
September 7, 2012 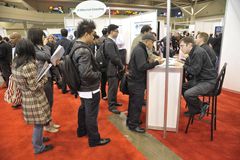 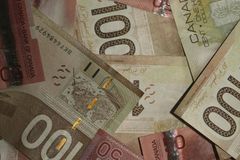