Prime Minister Stephen Harper, spurred on by his eastern caucus, has been defending his government's reforms to employment insurance, most recently in a press conference in Rivière-du-Loup, Que. Front and centre has been the reassurance that EI will continue to be available to seasonal workers.

That's a pity, because there is no justification, in logic or in economics, for seasonal EI, and the dogged pursuit of this policy flies in the face of the interests of Canada and people who become trapped in the cycle of working seasonally and then receiving EI benefits while unemployed. Some day a politician will have the guts to say so, but apparently not today.

Why should employment insurance be unavailable for seasonal work?

Start by thinking about how insurance works. Real insurance lies at the intersection of two ideas. The first is risk sharing. Everyone faces the risk of injury, accident, fire, flood and death, but no one knows for sure whether these terrible things will happen. To combat this risk-plus-uncertainty combination, people pool their resources, paying an annual premium that is used to compensate those who suffer a loss.

Being insured, however, changes people's behaviour, and therein lies a problem. A classic example: In the absence of insurance, no normal person sets fire to his home or business. But if you are insured and really need the money, you might be tempted to torch your premises and pocket the cash. Similarly no one would build his house on the banks of a river that flooded every year unless he could get flood insurance that passes the cost on to others. This problem is known as moral hazard.

Moral hazard is why there are insurance policy exclusions, deductibles, co-payments, fraud investigators and the like. Insurers use them to reduce the temptation to use insurance to pass the cost of your decisions and behaviour to all other policy holders. Insurance is where risk pooling meets moral hazard.

Now apply this thinking to your job. Everyone faces the unpredictable risk of an economic downturn or the failure of their employer's business. These are factors beyond our control. It makes sense, therefore, for all employees to band together to insure each other against this universal risk.

By using a government-created program, we can make everyone contribute, including employers, keeping costs low and coverage broad.

But seasonal work is fundamentally different: The loss of your job is not an unpredictable event beyond your control. On the contrary, in seasonal work there is no "risk" whatsoever: You face an absolute certainty that every year you will be laid off and face a long period without work.

Predictably, this creates moral hazard problems. EI becomes a subsidy to seasonal work for both employers and their staff; for workers, it often becomes a reliable part of their annual income.

In the absence of an employment insurance program, seasonal employers would have to pay their workers enough to make them stick around from one season to the next. Maybe the business couldn't bear that burden, but why force companies that cannot find the full-time workers they need, to subsidize seasonal employers that otherwise would be out of business? And if you subsidize something, you get more of it; we subsidize seasonal work and unemployment and get more of both.

In short, it is an incredibly inefficient and badly designed form of workfare – a token bout of seasonal work in return for months of tax-financed idleness. But seasonal workers on EI do not consider themselves unemployed, and I have a decade's experience as a Nova Scotia restaurant owner trying to hire them to prove it.

Now put this folly in the context of Canada's burgeoning labour and skill shortages. Saskatchewan Premier Brad Wall rightly complains that he has to fly over high-unemployment regions of Eastern Canada on his way to Ireland to recruit workers for his booming economy. Workers fly to the oil patch from communities in every part of the country, including Newfoundland, yet Alberta alone says it is short more than 100,000 workers. As for productivity, the average worker in Alberta produces almost $50 in value per hour worked; in PEI it's $31, and seasonal workers on EI are paid not to produce even that for months of the year.

Seasonal benefits should be phased out, humanely but firmly, because seasonal workers do not pass the insurance test. They are asking all workers and employers to subsidize their choice of a life that pays poorly and squanders their productive capacity at a time when the country is crying out for workers and improved productivity.

There oughta be a law. Oh wait, there is. Just the wrong one. 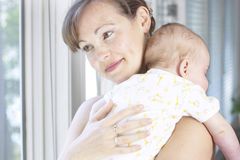 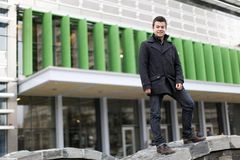 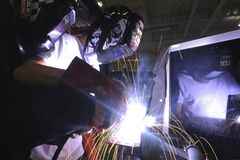 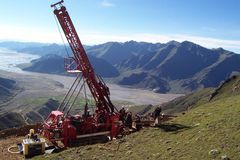 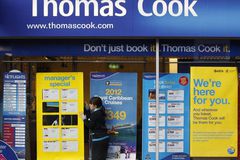 U.S. private sector adds most jobs in a year in February
March 6, 2013 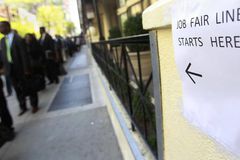