When Scott Smith began working in the paint shop at the St. Thomas Assembly Plant in 1999, he had no idea that one of the pillars holding up the factory was already crumbling.

While Mr. Smith was making sure the Crown Victoria and Grand Marquis full-sized sedans that were about to roll through the paint shop were in pristine condition, the World Trade Organization was making a decision that would change the future of the Canadian auto industry. It ruled the 1965 Canada-U.S. auto pact illegal under global trade rules.

Mr. Smith, naturally, wasn't giving much thought to an agreement signed long before he was born.

"I was a 22-year-old kid making decent money and having a good old time," says Mr. Smith, now 35 and chairman of the St. Thomas Assembly Plant unit of Canadian Auto Workers local 1520 – and one of about 1,100 people at the plant whose jobs will vanish Thursday when production ceases.

He is fully aware now of the crucial role the auto pact played in shaping the auto industry in Canada in the second half of the 20th century and in underpinning the St. Thomas, Ont., plant itself. Although the pact was abolished in 2001, the closing of the plant represents the headstone on its grave, and is another sign that the federal and Ontario governments have lost one of the strongest levers they had to convince auto makers to invest here.

"The closure of St. Thomas epitomizes the real and symbolic demise of aggressive industrial policy-making in Canada," says Dimitry Anastakis, a history professor at Trent University in Peterborough, Ont., and author of a forthcoming book on the auto pact.

It's also one of the last events in a massive restructuring begun by Ford Motor Co. before the 2008-2009 auto crisis, when its rivals Chrysler LLC and General Motors Corp. toppled into bankruptcy protection and had to be bailed out with tens of billions of dollars of Canadian and U.S. taxpayer money. Ford rode through the storm without taxpayer help.

Ford opened St. Thomas in 1967 in part to meet the key regulation of the auto pact – that auto makers assembling vehicles in Canada make one car or truck here for every one they sell. Even after the pact was abolished, that target was met by all auto makers.

"Because of the auto pact, for almost 40 years we've established that the target production to sales ratio is one to one," notes industry analyst Dennis DesRosiers, president of DesRosiers Automotive Consultants Inc. That target is still met by Honda of Canada and Toyota Motor Manufacturing Canada, even though they were never part of the auto pact.

But once St. Thomas closes, Ford, which has surged to sales leadership in Canada, will no longer make as many vehicles as it sells here and will become the smallest vehicle producer – unless it adds a third shift to its sole remaining assembly plant in Oakville, Ont.

Ford's production in Canada peaked the same year the auto pact was outlawed: in 1999, it made twice as many vehicles in Canada as it sold. Last year, it produced 1.21 vehicles for every one it sold, according to CAW data.

If the auto pact were still in place, "this company would have to put a product here," Mr. Smith says.

Ford spokesman Kerri Stoakley said the company remains committed to Canada and has invested recently in an engine plant in Windsor, Ont., and its Oakville plant.

In addition to Ford's restructuring plan, St. Thomas is also paying the price for producing rear-wheel-drive gas guzzlers that for most of the past decade were consigned to police forces and taxi fleets as gas prices soared and crossovers became the hot segment.

The $1-billion or so that it would take to upgrade the factory to make more fuel-efficient vehicles will be spent instead in China, India or Brazil or another market that is growing while North America stagnates.

There was a time when Ford and other auto makers poured money into new Canadian plants as an activist federal government used the auto pact and other levers to turn Ontario into an auto powerhouse that cranks out more vehicles annually than Michigan or any other U.S. state.

When Chrysler Canada Ltd. sold more trucks in Canada than it produced in the early 1970s, for example, the auto maker agreed to construct a full-sized van plant in Windsor, Ont., in order to escape monetary penalties.

Honda built a minivan assembly plant in Alliston, Ont., in the 1990s in return for the federal government eliminating duties on auto parts imported from outside North America.

As Prof. Anastakis puts it, however, the governments have "few arrows left in their policy-making quivers" when it comes to encouraging new auto investment.

"Ontario and the federal government do provide quite a bit of direct support through either grants or loans, but these are all carrots which every other jurisdiction in North America can also offer," he points out. "The auto pact was a stick that could be used to force companies to build in Canada or pay significant fines, which they did their best to avoid."

The effects of the closing will ripple through the Ontario economy from St. Thomas – already battered by the 2007 closing of a Daimler AG heavy truck plant and several other factories.

The Ford plant is the sixth car or light truck plant to close since 2001, says CAW economist Jim Stanford.

As a means of fending off further closings, the federal and Ontario governments should retain the equity stake in General Motors Co. they picked up when they contributed $10-billion to the GM bailout in 2009, Mr. Stanford says. This would allow the government to influence future decisions similar to the way German and French governments affect decisions made by Volkswagen AG and Renault SA, respectively. 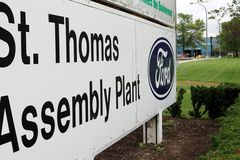 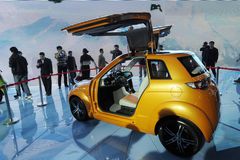 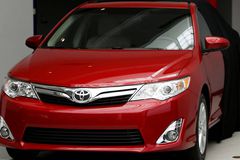 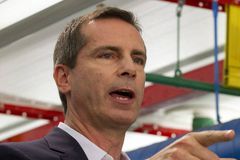