The health effects of eating sugary, oily doughnuts are well known. Now, environmentalists have launched a campaign against Tim Hortons Inc. that says the company's deep-fried treats are also bad for orangutans, tigers and the rain forests they need to survive.

The coffee chain, based in Oakville, Ont., is being targeted by environmentalists who want it to stop making its doughnuts with cooking oil bought from suppliers in Indonesia, Malaysia and Papua New Guinea that destroy the habitat of endangered animals to plant palm trees.

The company does not list the ingredients of its food. A Tim Hortons customer service representative reached by phone said palm oil is used in the shortening used to make doughnuts, which are fried in vegetable oil. Environmentalists say most vegetable oil is in fact palm oil.

The oil, derived from the high-yielding, fast-growing palm fruit, can be found in margarine, baked goods, cereals, soaps, biodiesel and many other products. The oil is a cheap alternative to soy oil, and is priced at an average of $145 (U.S.) less per tonne over the past year, according to Bloomberg data.

"Even though other food sectors have made enormous progress in sourcing their palm oil from responsible vendors, doughnut companies are lagging behind," said Dan Klotz, a spokesman for the Forest Heroes campaign, run by a handful of environmentalist groups.

"The focus is on doughnuts because although palm oil and chemicals derived from palm oil are in a large quantity of household products, it's the one product where palm oil literally gets on the consumers' fingertips," Mr. Klotz said. "More than 30,000 square miles [78,000 square kilometres] of forest have been cleared to make way for palm oil plantations and largely as a result today there are fewer than 400 Sumatran tigers left and orangutans are being driven to the brink of extinction."

Kevin Grandia, the co-ordinator for the campaign's Canadian wing, said in an interview he's not asking Canadians to stop buying doughnuts from the company. He said he wants people to sign the group's online petition to urge the company to buy palm oil from sustainable forests, following the lead of such companies as Nestle, Unilever, Kellogg and Safeway.

"Tim Hortons is a huge buyer of palm oil," he said. "They can send huge messages – along with Krispy Kreme and Dunkin Donuts – that it's just not okay to rip down these virgin rain forests to make way for palm oil plantations when there are tens of thousands of acres of ... forest that they could be using to plant this palm oil. Tim Hortons can send a really big message by coming out with its own policy on sourcing and using non-deforestation palm oil, and they can demand that from their suppliers."

A spokeswoman for Tim Hortons said the company plans to buy all its palm oil from sustainable forests, but would not name a target date.

"Tim Hortons has been taking action to help protect against deforestation arising from palm oil production," spokeswoman Olga Petrycki said. "We are actively working on this issue, having engaged our supply chain partners, and ultimately, our goal is to purchase 100 per cent of palm oil from verified sustainable sources."

The Forest Heroes campaign coincides with National Doughnut Day in the United States, an event created by the Salvation Army that honours the men and women who gave the treats to veterans of the First World War.

Formed in 2013, Forest Heroes is a volunteer coalition of environmental and consumer advocacy organizations, including corporate accountability group SumOfUS. Its advisory board includes members of the National Wildlife Federation and AidEnvironment.

Tim Hortons is the dominant seller of doughnuts in Canada. It has 3,000 Canadian outlets and 600 in the United States. In 2013, it sold $3.3-billion worth of coffee, doughnuts and other food such as sandwiches.

Two-thirds of the world's vegetable oil is palm oil, according to the United Nations Conference on Trade and Development, which says global production has doubled every 10 years since the 1960s. 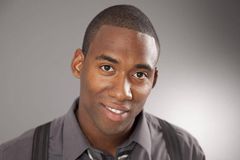 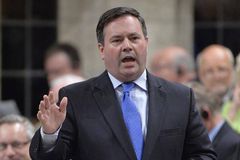 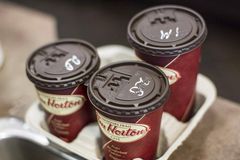