For Canadian firms that do business in Europe, it's a good time to think about heading to the hedges.

"The euro has weakened to such a degree, it really has been dramatic," says Camilla Sutton, managing director and chief currency strategist at the Bank of Nova Scotia.

"It just highlights the exposure that you have when you have that kind of movement in the currency. Most companies don't have these kinds of 5- to 8-per-cent margins that they can throw away on currency risk."

The outlook for the 18-country euro-zone economy, which accounts for 13 per cent of the world's GDP, is not as terrible as it was several years ago, when Greece was at risk of dropping the euro altogether, threatening the currency's future.

But any company doing business with the euro zone is still, as Bank of England Governor Mark Carney noted this month, dealing with "a chronic phase of European adjustment." The euro is still not particularly robust. The growth outlook for the zone is weak, with high debt levels in many euro countries, particularly in southern Europe.

Canadian companies, which export more than $35-billion in merchandise annually to Europe, have little choice other than to pursue a structured hedging strategy, Ms. Sutton says. "The most important thing is recognizing the risk and taking a disciplined approach to it."

The safest hedging strategy for companies is to put half of the funds they work with in Europe into euros and keep the other half in Canadian funds. "Some companies start with a 50-per-cent hedge ratio, and then from there they decide how best to protect themselves," Ms. Sutton says.

This mitigates the risk from currency fluctuations, but it doesn't protect the company's funds in the weaker currency if, for example, the euro keeps going down. When companies move more aggressively into hedging by taking a larger position in either dollars or euros, they are betting that one currency will keep moving up and the other will drop.

Companies that wager on one currency's strength over the other run the risk that their hedging strategy may dominate their decision making instead of their overall business strategy, Ms. Sutton says.

"There are things that companies can do to protect themselves," says Lynette Purda, associate professor of finance at Queen's School of Business in Kingston.

One useful hedging technique is "exposure netting" – keeping as much of the company's revenues as possible in Canadian dollars (in this instance) and as many expenses as possible in euros. This makes sense if, for example, the euro zone is only one of the Canadian company's global markets.

"Then you only have to worry about the net amount that is exposed to the movement in foreign exchange. That's a decent strategy if you want to be neutral as to whether the currency is moving up or down," Dr. Purda says.

Another hedging procedure for Canadian companies in the euro zone to consider is known as a "lead-lag" strategy, Dr. Purda adds.

"They might want to change their billing procedures. If I am expecting a decline [in the euro] what I want to do is speed up my billing of revenues as quickly as I can. If you're worried about the time between billing and receiving payment in that currency, if the currency is going to decline, you can narrow that window. It's a fairly simple thing that you can change," she explains.

"On the other hand, if you have expenses in that currency and you're expecting it to decline, you can delay – that's the lag portion of the strategy."

Canadian firms can also negotiate with European firms to receive payment in a different currency altogether, such as U.S. dollars. That shifts the hedging risk to them, Dr. Purda says, because they must decide on the timing and amount of their own positions in euros.

While this strategy protects the Canadian firm from a souring euro, "you might have to do it as a discount," she warns. You are paying the euro-zone company to take the risk, "but it could be that they are better equipped to handle this kind of exposure than you are."

A hedging strategy need not vary from country to country within the euro zone, Ms. Sutton says. "It's the same currency, so it doesn't really matter because it's the currency that's the risk."

Firms can also pursue more complicated strategies such as purchasing currency options and futures, but these are "usually beyond the capabilities of a relatively small company," Ms. Sutton says.

Both she and Dr. Purda agree that while companies should think about hedging, they need to focus on core business.

"It comes back to that whole question of mitigating your risk, and protecting against what you can. You need a disciplined approach, some kind of hedge ratio and to decide how much hedging you want to do," Ms. Sutton says.

"The real question is: what is the exchange risk doing to my business?" Dr. Purda says. 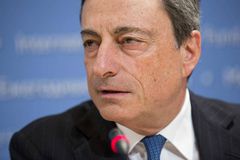 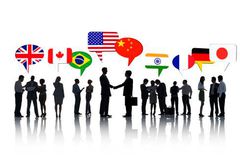