Five years after the Lehman Bros. collapse hit the global financial services industry like a neutron bomb – headquarters left intact but little of value inside, including the CEOs – Europe's banks haven't changed much. They're still too big and over-leveraged. Makes you wonder what they, and their regulators, learned from a crisis that almost wiped out the global economy.

Europe's banks are monsters, giving them country-killing potential if things go wrong, as they did in 2008. In a note published in August, analysts at Royal Bank of Scotland (itself nationalized by the British government to spare it from oblivion) said the assets of the national banking industries in Europe are, on average, 3.2 times the size of their domestic economies. In Canada and Australia, the ratio is two times, they said. American banks are relative midgets, with assets roughly equal to the U.S. gross domestic product. In other words, discouraging bank suicide runs is a good idea.

In the pre-crisis boom years, no one in Europe – not the regulators, not the bank bosses – seemed to care that the banks were brimming with Titanic DNA. European economies, especially those that used the euro, were drunk on cheap credit and the banks were the bartenders that kept the party going. Growth pursued and worshipped. RBS was, briefly, the biggest bank on the planet and its CEO, Fred Goodwin, was lauded as the banker to emulate, that is until the crisis exposed his farcical strategy. (Mr. Goodwin resigned in 2008 and was later stripped of his knighthood.)

The European banks should have known better. They should have known that leverage – the ratio of assets to equity – can turn toxic as the ratio climbs. So can the reliance on wholesale funding of the short-term variety over far more stable deposit funding. While Europeans were quick to condemn the Americans and their decaying subprime mortgages for starting the crisis, it was the European banks that gave the world a taste of the horror to come in 2008.

In September, 2007, six months before Bear Stearns was eradicated from Wall Street and a full year before Lehman's vanishing act, Britain's Northern Rock was spared from echo-chamber status by emergency Bank of England loans (it was nationalized in early 2008). The Rock had made the mistake of relying heavily on credit lines instead of deposits to fund itself. Wholesale funding like credit lines can be yanked in an instant. Deposits are safer, because depositors tend not to pull their funds out of banks en masse unless a bank's death is imminent. Lehman might have been able to trade its way through the crisis had its wholesale funding remained more or less intact.

Switzerland's UBS was the next European banking nightmare. It, like RBS, was considered a global role model and was allowed to expand to absurd proportions. Just before the crisis, UBS and rival Credit Suisse held assets worth an eye-popping 680 per cent of Switzerland's GDP. At the end of 2007, UBS probably had the highest leverage ratio of any major bank in the world, with assets amounting to 53 times equity.

When the hurricane hit, the Swiss government realized that UBS's failure would flatten the entire country and moved fast to nationalize part of the bank's asset portfolio and pump fresh capital into the rest of the bank.

Scroll forward five years and the existential threat to the European banks is long gone. UBS is alive and well, and banking profits, with a few notable exceptions – Italy's Monte dei Paschi di Siena comes to mind – are generally strong. The industry has been propped up by recapitalizations (everywhere), bailouts (Spain) and bank consolidation (Greece and elsewhere).

That's the good news. The bad news is that the banks, for the most part, are as big as ever. So much for the theory that banks should be broken up or forced to shrink drastically because many are too big to bail out. Leverage ratios have improved a bit, but just a bit. The Basel III banking regulations insist that banks use equity to fund 3 per cent of their balance sheet, compared to the 2 per cent or less during the pre-crisis years. According to a Friday article in the Financial Times, there was a time long ago when banks had leverage ratios of 25 per cent.

Shareholders probably wouldn't tolerate the low returns on equity that would automatically come with balance sheets bursting with equity. The other way to reduce leverage is to shrink assets, meaning less lending. But politicians and regulators don't want to see lending dry up when they're trying to get the economy moving. The lack of loans, especially for small- and medium-sized companies, took a lot of the blame for deepening the recession. 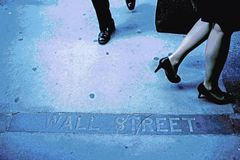