Conrad Black isn't the only former newspaper baron working his way back into the country's mainstream media elite – his former partner David Radler is now running one of the country's oldest newspapers following the unexpected departure of its publisher.

Mr. Radler – who testified against Lord Black in a U.S. fraud case that saw both men serve jail time – will run the Victoria Times Colonist until a new publisher can be found. But the owners of the 155-year-old paper made it clear in a note to staff that it is in no rush to fill the corner office.

"The publisher's position is likely to remain open for a while," the paper's management group told employees in an internal memo issued after publisher Bob McKenzie announced his departure. "David Radler, who has been in the business for more than 40 years, is overseeing the Times Colonist."

Mr. Radler, who ran the Hollinger newspaper group with Lord Black, received a 29-month prison sentence on a U.S. fraud charge in exchange for testimony against Lord Black. While Lord Black has re-established his presence in this country with regular newspaper columns in the National Post and a planned television show on Vision TV, Mr. Radler has quietly run Alberta Newspaper Group Ltd. from an office in Vancouver.

The company owns three daily newspapers – the Lethbridge Herald, Medicine Hat News and Sherbrooke Record – and dozens of smaller publications. It is a subsidiary of Glacier Media, which bought the Victoria Times Colonist and a handful of weekly papers from Postmedia in 2011 for $86.5-million.

Mr. Radler downplayed his new role at the Times-Colonist in an interview, saying he agreed to watch over the paper because "I'm just one of the people that has an interest in it."

"The paper is doing alright," he said. "It could do better, I can tell you that. But I don't think it suffers any more than any other newspaper in the country. It could be a lot better, I believe."

The Times Colonist is the largest paper owned by Glacier, which owns 59 per cent of Alberta Newspaper Group, according to Capital IQ, and the only one in the Postmedia chain that chief executive officer Paul Godfrey has been willing to sell as he works to whittle down his company's debt. In its most recent earnings statement, Glacier said Victoria has been a particularly tough market for the company recently even as other advertising markets in the province improve.

"Local advertising revenues were resilient in both the existing markets where Glacier has operated and some of the Lower Mainland and Vancouver Island markets acquired from Postmedia," the company stated as it posted a $5.2-million third quarter profit. "Although, the Victoria market continues to struggle."

Staff at the paper worry that Mr. Radler, who has a reputation for running lean newspapers and cutting costs aggressively, was brought in to cut jobs. But Mr. Radler said he wasn't there to swing an axe, only to guide the paper until a permanent replacement could be found.

"There are no massive cuts," he said. "There are no cuts at all … it's amazing that the first thing people think is that we are going to unload people." 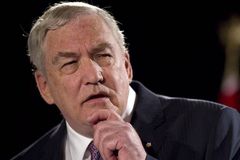 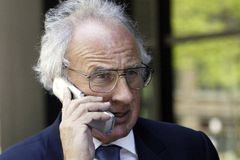 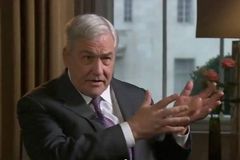