Shareholder advocates and analysts are calling on Lululemon Athletica for more disclosure surrounding the abrupt resignation of its chief executive who "fell short" of the Canadian athleisure company's conduct standards.

Frank Allen, the executive director of the Canadian Foundation for Advancement of Investment Rights (FAIR Canada), said the Vancouver-apparel maker's statements explaining the sudden departure of CEO Laurent Potdevin after four years at the helm were "thin."

"Shareholders, investors are entitled to a full explanation for something of this significance," he said.

The Vancouver-based apparel maker was mum on Tuesday after announcing a day earlier that Potdevin had resigned, effective immediately, and was no longer on its board of directors. Lululemon said in a statement it "expects all employees to exemplify the highest levels of integrity and respect for one another, and Mr. Potdevin fell short of these standards of conduct."

According to a filing to the U.S. Securities and Exchange Commission, Lululemon and Potdevin reached a separation agreement in connection with his resignation. Under the agreement, Lululemon will pay Potdevin a $3.35-million cash payment "as soon as practical" and another $1.65-million total in monthly instalments made over a year and a half.

In return, Potdevin agreed not to sue the company and would co-operate with it in the future, among other stipulations.

Lululemon has begun searching for a new CEO, the company also said.

New Orleans-based firm Kahn, Swick & Foti, said their investigation is focused on whether the company's board breached their fiduciary duties.

Michael Swick, the firm's owner, principal and partner, questioned Lululemon's $5-million payment to Potdevin. He noted that under the executive's employment agreement in its latest proxy statement he is not entitled to any severance if termination is voluntary.

However, Lululemon used the term "resignation" in its release, and was unwilling to share further details out of respect of the privacy of the people involved.

"We don't believe that the board is following their own constructs," he said.

"The downside of having succinct, inadequate disclosure is that people make inferences," said LeBlanc, a governance professor at York University. "And you lose the ability, as a board, to control the message. So, something a little more fulsome would have been better."

Canaccord Genuity analyst Camilo Lyon said in a research note Tuesday that the Lululemon board has moved quickly to quarantine the fallout that could have ensued if details were to have been made public.

However, he noted, judging by the company's specific language in its statement, "we can only assume there were claims of inappropriate behaviour."

Still, Canaccord does not see Potdevin's departure as a major setback for Lululemon, "although uncertainty will remain elevated until the CEO position is filled," Lyon added. Shares of the Lululemon were relatively flat in New York on Tuesday afternoon.

Chip Wilson, Lululemon's founder and shareholder, said in a statement that yesterday's events mark "an opportunity to secure a culturally-aligned leader who values athletics, the West Coast lifestyle and a deep commitment to re-establish the profit-driving people development program that was a cornerstone to our success." 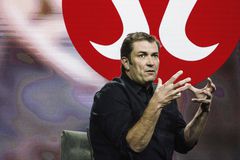 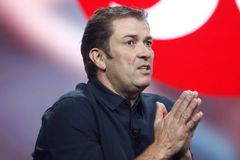