Asian demand for U.S. iron ore is driving up freight volumes on the St. Lawrence Seaway.

Overall cargo tonnage, including mining products and grain, rose by 8.5 per cent to 33 million tonnes on the water route as of the end of November, from the same period a year ago, the Chamber of Marine Commerce said on Thursday.

Shipments of iron ore pellets, which are used to make steel, rose by 34 per cent to 7.4 million tonnes as China secured raw materials to feed its manufacturing facilities. Demand was also aided by higher commodity prices, Canadian demand for domestic ore and U.S. tariffs that have spurred sales to U.S. mills on the lower Great Lakes.

The Port of Duluth-Superior at the western tip of Lake Superior is one of the main ore hubs on the Great Lakes. Most of the U.S. bulk ships that sail the Great Lakes are too big to traverse the Welland Canal that connects Lake Erie with Lake Ontario, said Adele Yorde, a spokeswoman for Duluth Seaway Port Authority in Minnesota. Instead, smaller ships owned by Canada's Algoma Central Corp. and CSL Group carry much of the Minnesota ore destined for Quebec City, where it is transferred to ocean-going ships for foreign buyers.

"We've seen an increase in the number of Canadian lakers coming in to pick up those pellets this year," Ms. Yorde said by phone.

A CSL spokeswoman said the company's ore-export trade is up this year, but below the recent high in 2014.

Iron ore is the third biggest commodity by weight on the Great Lakes-St. Lawrence Seaway, a water route that links North America's industrial and agriculture centres with overseas markets.

Combined U.S. and Canadian grain volumes declined by 10 per cent to 8.5 million tonnes, according to the St. Lawrence Seaway Management Corp. General cargo, including machinery and project equipment, rose by 28 per cent.

Shipments of such dry bulk commodities as road salt, gypsum and stone climbed by 9 per cent to 9 million tonnes.

At the Port of Thunder Bay, potash shipments are the strongest in 10 years owing to demand for the fertilizer component from Brazil, Tim Heney, chief executive officer of Thunder Bay Port Authority, said in an interview.

The port on Lake Superior has seen grain shipments rise by 25 per cent since the dismantling of the Canadian Wheat Board's monopoly in 2012. But 2017 grain volumes are expected to be down slightly by the time the port closes for the season in January, Mr. Heney says, which means overall cargo volumes are expected to little changed from last year.

Wade Sobkowich, executive director of the Western Grain Elevator Association, said this is because last year was such a strong year for grain shipments on the Great Lakes. In an interview, he also said service from Canadian National Railway Co. has deteriorated amid a sharp rise in the railway's container shipment business.

"That could be why we're seeing a drop at Thunder Bay," said Mr. Sobkowich, who represents the major grain handling companies, including Viterra Inc. and Cargill Ltd.

About 20 per cent of western Canadian grain is shipped by rail to Thunder Bay, while 70 per cent of it goes to the West Coast.

CN said in November it is hiring crews and making other investments to handle the congestion on its rails caused by higher freight volumes.

The St. Lawrence Seaway closes for the season on Dec. 31 and reopens in March. Ice cover permitting, shipping continues in the upper Great Lakes – Superior, Huron, Erie and Michigan – until mid-January when the Soo Locks close. 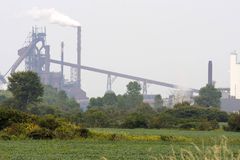