Canadian investors are lining up to provide 80 per cent of the $1-billion (U.S.) in new financing for BlackBerry Ltd. with Brookfield Asset Management Inc. and a unit of Power Financial Corp. headlining the list of institutions joining Fairfax Financial Holdings Ltd. in its bet that the smartphone maker will succeed.

The group is making that investment in the belief that John Chen, the executive chairman that Fairfax has recruited, will be able to do for BlackBerry what he did for Sybase Inc., an enterprise software and services company that was sold in 2010 for six times what it was worth when he took over.

BlackBerry revealed in a regulatory filing that to secure Mr. Chen's services, it has agreed to grant him restricted share units that would be worth about $85-million at Thursday's share price. He would have to stay five years to receive all of those shares.

The disclosure of the investors' names highlights the degree of Bay Street support that exists for the Waterloo, Ont.-based company, a former industry giant that has struggled financially as its phones have lost market share to Android devices and Apple Inc.'s iPhone.

Fairfax, BlackBerry's largest shareholder, this week shelved plans for a $4.7-billion leveraged buyout and instead unveiled plans to help pump new money into the company to help with its turnaround.

BlackBerry is raising the $1-billion by way of convertible debt, and the group has the right to buy up to $250-million more within 30 days of the deal closing.

Power's Mackenzie Financial division is buying $200-million of debt, followed by Markel Corp. and Qatar Holding, each with $100-million worth of the convertible debentures. Brookfield is buying $50-million.

The group will be entitled to a break fee of $135-million (U.S.) if BlackBerry is taken over within 30 days of the financing. That's unlikely to happen.

BlackBerry has now closed its strategic review process during which top management attempted to find a buyer. Although numerous players took a look at BlackBerry's books and contemplated making a bid, including company co-founders Mike Lazaridis and Doug Fregin, concrete bids failed to materialize by Monday. In a joint announcement that day, BlackBerry and Fairfax said BlackBerry chief executive Thorsten Heins was stepping down and being replaced by Mr.Chen, who will act as executive chairman and interim CEO.

"The 'for sale' sign hurt the company in terms of business slowing down significantly," Mr. Watsa said in an interview Thursday. "The first thing we did with this issue is the for sale sign is gone."

"Our focus is great management, we have to get the best management," he added. "Once we saw John Chen we had to work to make sure we could attract him."

Mr. Chen's pay package is designed to ensure that he is thinking as a long-term shareholder, Fairfax says. Mr. Watsa is now hoping that Mr. Chen can repeat the success he had after taking the helm of Sybase in the late 1990s, at a time when the company had been losing money.

"He takes over, within a year it becomes profitable and it never loses money after that," Mr. Watsa says. "Every year he's improving it. He takes the margins from 10 per cent to 30 per cent. And then in 2010, SAP buys the company... [The] compounded growth rate from the time he took it over, over that 12-year stretch, was about 22 per cent per year in a period when the Nasdaq did 2 per cent."

Mr. Chen talked about his experience after Mr. Watsa introduced him to about 400 BlackBerry employees at a town hall in Waterloo Wednesday that was broadcast to the company's 8,000 global employees.

"He said, 'I've seen the movie before, and everyone gave up on Sybase,'" Mr. Watsa says. "He said 'I'm here, I'm going to listen to you. Whatever we do, we have to make money. There are lots of assets here, we'll figure it out together ... I've got some ideas already, but I'm not going to go with preconceived notions.'"

Mr. Watsa says it was "very difficult" to raise money for BlackBerry, and that the investors in this group were ones that Fairfax approached because it knew them and knew they would take a long-term perspective. "No hedge funds there," he says.

"When there's fear it's difficult to raise money," Mr. Watsa says. "The marketplace is driven by greed and fear. Greed you can see in Twitter and fear you can see in BlackBerry."

Shares of Twitter soared after the company debuted on the New York Stock Exchange Thursday, sending the company's market cap above $25-billion.

"It's the new titan, they say," Mr. Watsa says, noting that Twitter had $450-million in revenue in the past nine months and lost $135-million.

BlackBerry's market cap stands at around $3.5-billion. "They have $2.5-billion in cash, they've got $8-billion in revenue," he says. "It's only in the stock market that anyone could have that kind of discrepancy."

The Fairfax CEO says he backed away from his conditional $9-per-share offer for BlackBerry after advisors that Fairfax had hired, PMP Consulting, spent three weeks poring over BlackBerry's books and concluded that a leveraged buyout would add too much debt to the firm. Until that point, Fairfax had planned to structure a going-private transaction valuing the company at almost $5-billion – $2-billion in debt and $3-billion in equity.

"We had enough interest on both the equity side and the fixed income side," Mr. Watsa says. But the advisers said "'you'll add too much debt at high interest rates and this is not the kind of company that can take it.' We studied it, and agreed."

Instead he chose the route of raising convertible debt at 6 per cent, which he says is "a nominal interest rate as opposed to leveraged buyout debt, with no covenants, convertible at $10, a significant premium."

The final weekend of discussions was intense. Mr. Watsa says BlackBerry would not have survived if it were not for director Tim Dattels, the chair of the special committee, who negotiated through the final days.

And the Fairfax CEO, who is now back on BlackBerry's board of directors, suggests that from here on he won't be any more involved in the day-to-day operations than other directors.

"My role as an independent director is to make sure that we support John Chen and make sure the company can go forward and react to things very quickly," he says. "It's a changing world, changing business, and my role is very simply to support him. I'll help him on anything that comes up – financing, strategic things that come up – but there's only one decision-maker in my mind, and it's John Chen." 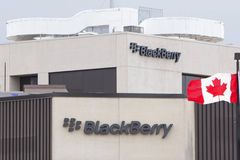 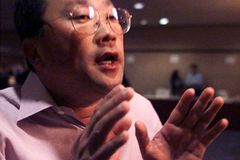 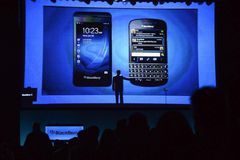 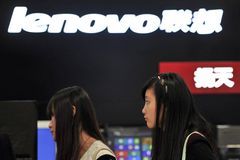 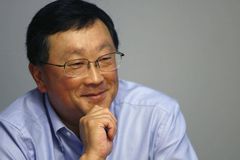