Voices from beyond the grave might sound like an apt movie title at this time of year, but thanks to the work of Alexandre de Brébisson and his colleagues, it might well be the hook that gives their fledgling business a firm footing.

In March, Mr. de Brébisson teamed with two other University of Montreal students to found Lyrebird after developing speech synthesis software that can copy anyone's voice and make it say anything.

As a result, the film industry may be able to accurately carry on recording voice-overs for animated movies long after the owners of those voices have passed away.

"Movie makers are really interested," he says. "In their case, they want to freeze the voices of their actors, so if the actor ages or dies, they will still have a copy of their voice that they can use."

"You will be able to choose maybe Morgan Freeman to read your books, let's say," he says. "This is really the idea of making computers sound more human and improving the interfaces between computers and humans."

The 27-year-old Paris native is not sure which direction his fledgling company will take, but having done a masters degree in artificial intelligence at Imperial College in London before moving to Montreal in 2015, he is keeping an open mind.

As with any disruptive technology, he is also fully aware that there will be some concerns about the software and the possibility that it can be used fraudulently, for instance.

Mr. de Brébisson compares Lyrebird's audio technology to how Photoshop is used to manipulate photos, and says that the company is taking two steps to try to prevent misuse. One is to build awareness about what its technology does, and the second is to limit people to copying only their own voice, "so you can't make one of your friends say something that he [or she] doesn't want."

In addition to the three founders, Lyrebird now has three employees, and benefits from a strong connection with their former laboratory at the University of Montreal and its director, renowned computer scientist Yoshua Bengio.

As one of Canada's main AI centres, along with Toronto and Edmonton, Montreal is fast becoming a destination of choice for AI companies, and Lyrebird finds itself having to compete with the likes of Google, Facebook and others for the best research talent.

Other Canadian companies that want to enter the AI space, or even just avail themselves of AI technology to augment their business, may find themselves in a similar competitive environment for talent.

With the research talent in those cities, Canadian companies have a geographical advantage in this regard. However, while that is a useful start, in the current marketplace it's not as decisive as it once was.

"Canadian companies need to recognize that it's kind of a global talent that they have access to that's in Toronto [and elsewhere in Canada] but global companies are also trying to access that same talent," says Benji Sucher, CPA and chief operating officer for Layer 6 AI, an AI software company in Toronto.

While artificial general intelligence refers to work that seeks to develop machine understanding and reasoning in a broad sense, similar to a human brain, most businesses are more concerned with narrow AI.

That can include computers doing repetitive tasks for the benefit of humans, without getting tired or making mistakes, such as the concept of a self-driving car.

Any company looking to thrive in the AI environment should consider three things, says Jodie Wallis, managing director of AI for consultancy Accenture.

"That means changing the culture to think less about designing and proving concepts and more about rapid experimentation," she says.

The second thing is to address any skills gap that may arise in the AI economy, she says. This may mean filling technological skills gaps. But it also refers to how to manage both humans and machines. And there will be hard questions, such as ethics and social impacts, she adds. "These are new skills that our organizations haven't really had to deal with yet."

Above all, though, it will be important to be adaptable. Smaller, more nimble companies able to morph and evolve quickly may find greater staying power with AI.

"I don't think that the largest companies in the world are going to win at AI. I think fast is more important," she says. 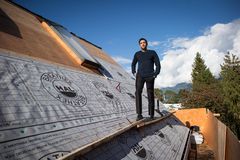