Japan-based auto makers have been lobbying for more than two decades for the elimination of Canada's tariff on vehicles imported from outside North America. They finally got their wish Monday.

The 6.1-per-cent levy will be phased out over five years if the Trans-Pacific Partnership (TPP) trade agreement is ratified, providing a level playing field for Japanese auto makers with competitors from South Korea and Europe.

Whether that reduction will flow through to vehicle prices – so that Canadian consumers benefit from the trade deal – is a question the auto makers that sell vehicles in Canada refused to respond to or delayed answering pending further study of the deal.

The exception was Honda Canada Inc., which said it imports only about 200 vehicles a year from Japan so the tariff reduction would have little or no impact.

But the bigger question is the impact the deal will have on Canada's auto parts industry and whether it will accelerate the trend of auto investment bypassing Canada in favour of Mexico and the southern United States.

Those numbers are an improvement on the 30-per-cent numbers the industry was staring at after meetings this summer in Hawaii.

And they're good for large multinational companies that have easy access to capital, such as Linamar Corp., c. and Martinrea International Inc.

"On the other hand, small and medium-sized suppliers to Canada's vehicle assembly supply chain will face new competitive pressure from large, multinational firms from TPP countries and further abroad," Flavio Volpe, president of the Automotive Parts Manufacturers Association of Canada, said in a statement Monday.

Some smaller companies that are relying on the low value of the Canadian dollar to stay afloat will be swamped by competition from low-cost countries such as Malaysia and Vietnam, one senior industry executive said.

Other industry sources believe auto makers from Japan that are not located in Canada now will have even less incentive to invest here if their cars can enter duty-free and if they can obtain low-cost parts from China or other countries that can then become part of Japan-made engines or transmissions.

Subaru Canada Inc., for example, imported 72 per cent of the vehicles it sold in Canada in the first nine months of the year from Japan and stands to benefit most among the Japanese companies from the tariff elimination.

The Japanese companies were beginning to increase their investments in new engine and transmission plants in North America, but the deal likely means they will be able to import those components instead of building them on this continent, said industry analyst Dennis DesRosiers, president of DesRosiers Automotive Consultants Inc.

"Did they bargain away the next [engine or transmission] plant?" Mr. DesRosiers asked.

Prime Minister Stephen Harper told reporters that during the next few days he will announce measures to help maintain vehicle assembly in Canada and attract new investment.

"I don't think our government understands what it takes to win these things," said a senior executive from a Canadian parts maker. "I think it's unpalatable to them."

The Canadian Vehicle Manufacturers Association, whose members consist of the Canadian units of Chrysler, GM and Ford Motor Co., said it is concerned about the five-year phaseout of the 6.1-per-cent tariff. That's a shorter time frame than the U.S. elimination of a 2.5-per-cent tariff on Japanese passenger cars over 25 years and the 30 years it will take to end the 25-per-cent U.S. tariff on light trucks.

The Japan Automobile Manufacturers Association of Canada said the fact that the tariff levels are different means the Canadian phaseout does not need to occur over the same period as the United States.

Unifor, the union that represents workers at the Canadian units of the Detroit Three auto makers, said the deal puts 20,000 auto jobs in Canada at risk.

TPP deal is no panacea for what ails the Japanese economy
Subscriber content
October 5, 2015 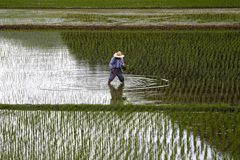 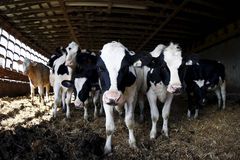