With Canadian-owned offshore companies facing increasing scrutiny, a Loblaw Cos. Ltd. affiliate is fighting the Canada Revenue Agency over taxes on the earnings of a Barbadian subsidiary, in a battle that could cost the grocer more than $350-million.

The case, which began with an appeal launched by Loblaw Financial Holdings Inc. at the Tax Court of Canada in 2015, is actively continuing: a teleconference among the parties took place just last week, and hearings are scheduled for April, 2018, according to court documents.

The story begins in the early 1990s, when Loblaw set up a company in Barbados using money generated outside of Canada, including from U.S. supermarkets. It was soon named Glenhuron Bank Ltd. and licensed as an offshore bank. It invested in U.S.-dollar debt and derivatives, managed assets for others in exchange for fees, and for several years managed a portfolio of loans provided to independent distributors of products sold by indirect units of Loblaw parent George Weston Ltd., Loblaw filings say. A Crown filing indicates that Loblaw transferred nearly half a billion U.S. dollars to the bank, largely from other international affiliate companies.

"Barbados was selected for a number of reasons, including that it had an established and trusted legal system, a well-educated local work force, an international tax treaty with Canada, and a favourable tax rate compared to other tax treaty countries," said Loblaw spokesman Kevin Groh.

Loblaw dissolved the bank in 2013, the company says in one document, in order to use the money to help fund its $12.4-billion (Canadian) takeover of Shoppers Drug Mart Corp. But by then, the CRA had begun to ask hard questions about the taxes Loblaw was paying on the bank's earnings.

At the core of the case is a conflict over whether certain investment income from Glenhuron Bank was eligible for an Income Tax Act exception afforded to "foreign banks" that would exempt it from being taxed as income in Canada.

Loblaw believes the subsidiary should have been granted that exemption, claiming it fulfilled all qualifications of a foreign bank, including that it had more than five full-time active employees and primarily did business with arm's-length persons. But the Crown insists it shouldn't qualify, and that Loblaw should pay taxes on $473-million of the bank's income.

"It's a typical struggle," said Art Cockfield, a tax-law professor at Queen's University who has worked at the University of the West Indies in Barbados. It was perfectly normal – and possibly competitively advantageous – for Loblaw to set up the offshore subsidiary, he said, adding that a dispute such as this does not suggest the CRA believes a company has done anything illegal.

Loblaw, Canada's largest grocery chain and retailer, said in its latest annual report that if CRA were to prevail, the result would have "a material adverse effect on the Company's reputation, operations or financial condition or performance."

Also under dispute have been whether CRA calculated the $473-million correctly, and whether the Crown properly invoked "general anti-avoidance rules," which are designed to deny tax benefits in instances where it believes there is a misuse of Income Tax Act provisions.

In 2005, the CRA began to audit the company's 2001 taxation year, eventually expanding the audit's scope through to 2010. It found the company hadn't reported $473-million in "foreign accrual property income" – or FAPI, which encompasses certain passive income from investments, such as interest and royalties – from the taxation years 2001 through 2005, as well as 2008 and 2010.

Loblaw said in its 2016 annual report that its reassessment total was $351-million including interest and penalties, encompassing the taxation years 2001 through 2011. The company believes the CRA could also issue similar reassessments for 2012 and 2013. "No amount for any reassessments has been provided for in the Company's consolidated financial statements," the report says.

Many Canadian companies operate international subsidiaries in Barbados, which Statistics Canada said in April was home to the third-highest amount of Canadian direct investment abroad – with an estimated $68.3-billion there at the end of 2016.

The Globe and Mail first reported on the Loblaw-CRA dispute regarding Glenhuron Bank income in 2016. As part of the Paradise Papers document leak this week, the Toronto Star and CBC reported that Loblaw had set up two companies in Barbados and Bermuda involved with insuring balances from President's Choice Financial MasterCards.

In a statement, Mr. Groh, the Loblaw spokesman, said a company called Glenhuron Holdings Ltd. – first established in Bermuda and separate from Glenhuron Bank and the CRA dispute – "had an interest in a reinsurer that provides a group creditor insurance program offered to PC Mastercard's customers."

Both companies, he said, "paid all applicable taxes, were known to the CRA, and were dissolved in 2013 to fund our Canadian business."

A CRA spokesman said the agency was unable to discuss the case, citing confidentiality provisions in the Income Tax Act, but said that increased funding over the past two years have allowed it to "hire more auditors to review filings of large multinationals and improve its risk assessment tools," and can now risk-assess all large multinational companies annually. 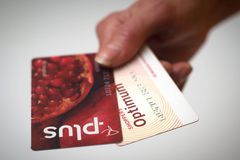 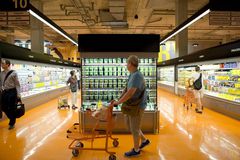 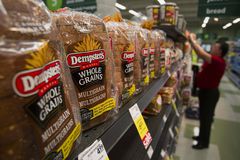