Noor Rashid might be at least four years away from getting a driver's licence, but she is already running the numbers in her head for future car purchases.

"You have to figure out the gas prices, maintenance, the insurance – and all the factors that come into account," Noor said on Tuesday after she and Annika Sharma, a fellow Grade 7 student at Hilltop Middle School, took first place in the Toronto regional Money Fair for their project on transportation budgeting. "You can't just say: 'I'm going to buy a $10,000 car.'"

On the eve of the Canadian Foundation for Economic Education (CFEE) initiative called Talk With Our Kids About Money Day, they and 29 other teams from Hilltop and from Burlington's St. Gabriel Catholic Elementary School gathered at the competition to share projects about the value of money. It comes at a crucial juncture for financial literacy among young Canadians. Those graduating soon will enter a world with historic household debt ratios, ever-rising tuition costs, and, especially in the case of Toronto-area students such as these, unprecedented entry costs for home ownership.

Tuesday's event was designed as a competitive science fair, encouraging students to research financial topics that interest them and show how they can affect their lives. On Wednesday, CFEE hopes to have more students take part in Talk With Our Kids About Money Day than in 2016, when 500,000 young Canadians from more than 5,000 schools across the country joined in.

Giving kids and teenagers confidence about financial management early, CFEE president Gary Rabbior said, is crucial for adulthood. "When they believe in themselves, then they will plan, which most people don't; and they will control their money to achieve those plans."

CFEE offers a curriculum for teachers, but Mr. Rabbior said the next frontier for literacy is getting more parents involved. "If you start at a young age, that relationship of talking about money moves up with you."

Jane Rooney, the Financial Consumer Agency of Canada's financial literacy leader, regaled the crowd of students with awkward money tales from her own life – including having to explain income tax to her sons after their first paycheques. She stressed the need for all students and families to think about the value of money. "Young people don't automatically know this information."

Second-place winners Mark Baumgart and Syed Hashmi from Hilltop did a project on how people run into money problems. Mark spoke like a financial adviser as they accepted their prize. "What I can recommend is for every paycheque you receive, stash away at least 10 per cent of that," he said to impressed applause.

Terri Williams, vice-president of corporate social responsibility at the Bank of Nova Scotia, the Money Fair's host and sponsor, said after speaking to numerous student groups on Tuesday that early financial education can save a lot of regret down the line. "So many times you hear from adults, 'Man, I wish I had known this before,'" she said.

Globe and Mail publisher Phillip Crawley, the event's master of ceremonies, underscored the importance of getting financial information in front of students. "It's surprising how quickly they become literate if you just give them the right kind of learning material," he said.

The day's special guest was former Toronto Maple Leafs goalie Curtis Joseph. Financial education is important to him, he said. When he was an NHL player, he let someone else handle his money to keep it safe, although he did make occasional "bad investments," such as a yellow Ferrari convertible. But things have changed now that he is a father of five: "You have to teach them the value of a dollar." 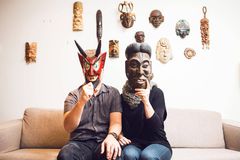 Opinion
Stop pestering people to save more – it doesn’t work
October 30, 2016
Follow Josh O’Kane on Twitter @joshokane
Report an error Editorial code of conduct
Due to technical reasons, we have temporarily removed commenting from our articles. We hope to have this fixed soon. Thank you for your patience. If you are looking to give feedback on our new site, please send it along to feedback@globeandmail.com. If you want to write a letter to the editor, please forward to letters@globeandmail.com.
Comments