Raj Nair, executive vice-president of product development at Ford Motor Co., laughs when asked if the 600-plus-horsepower, limited-edition Ford GT supercar will be available in a self-driving version.

"We are working very hard on autonomous vehicles, but I think for vehicles like the GT and Mustang, I hope they'll always be driven by humans," Mr. Nair said Friday after driving the first road-worthy version of the $450,000 (U.S.) car off the assembly line at Multimatic Inc. in Markham, Ont.

Multimatic, a privately held automotive engineering and racing company and a high-volume manufacturer of suspension components and other parts for Ford and other auto makers, will make one GT a day at full production, or 250 a year.

At the moment, production is about two a week as Multimatic learns how to assemble a vehicle at higher production volumes than the individual racing cars it has built in the past and as it looks for another 20 employees to get up to the 85 people who will work on the car full-time.

Building the GT for Ford "showcases our capability and solidifies our relationship with one of our most important customers," company founder and chief executive officer Peter Czapka said Friday after company executives took a small group of reporters through the facility.

"You really move up the strategic line," said Mr. Czapka, who founded the company in 1984. "You become a strategic partner, versus just a financial partner."

Ford's plan is to sell the car for four years. The auto maker took applications from potential buyers for the 1,000 models it will sell and some applicants were upset when they weren't chosen, Mr. Nair acknowledged.

Owners of previous versions of the GT were favoured, as well as people who would actually drive the car, because it is meant to have a halo effect on Ford's entire lineup, he said.

"We did not want this vehicle to be restricted to ultra-wealthy collectors that were going to put it in a big collection and just put it away and wrap it and make sure it would stay at 3.5 miles on the odometer," he said.

Ford chairman Bill Ford will get the first-production version of the car, while Ford chief executive officer Mark Fields will get No. 2. Mr. Czapka will also get one, Multimatic vice-president of engineering Larry Holt said.

Ford chose Multimatic in part because of a relationship the two companies have in auto racing that goes back to 1992. In addition, Multimatic has expertise in carbon-fibre bodies, which are complex to make.

Part of what Ford hopes to get out of the program, Mr. Nair said, is obtaining some of that expertise as new fuel-economy regulations require weight reduction in vehicles.

Ford has much more work to do to before carbon fibre becomes inexpensive enough to use in high-volume vehicle assembly, he noted.

Mr. Holt would not say how much Multimatic will invest to build the car.

One of the challenges, he said, was finding other suppliers that would not hang up the phone when asked to bid on parts for such a small-volume vehicle.

Multimatic looked, for example, at 14 suppliers of automotive lighting and only one was willing to participate.

"Our mainstream business is high-volume manufacturing – we're one of those guys that would hang up the phone if somebody phoned us up and asked us: 'Hey can you make 250 sets of control arms for a car we're doing?' " he said.

But as a big supplier to Ford for its bestselling vehicle, the F-Series pickup truck, "when Ford phones me and says would you make this car for us and they're your largest customer on the high-volume [components], you don't hang up." 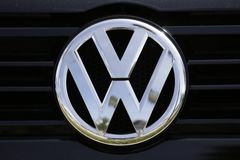